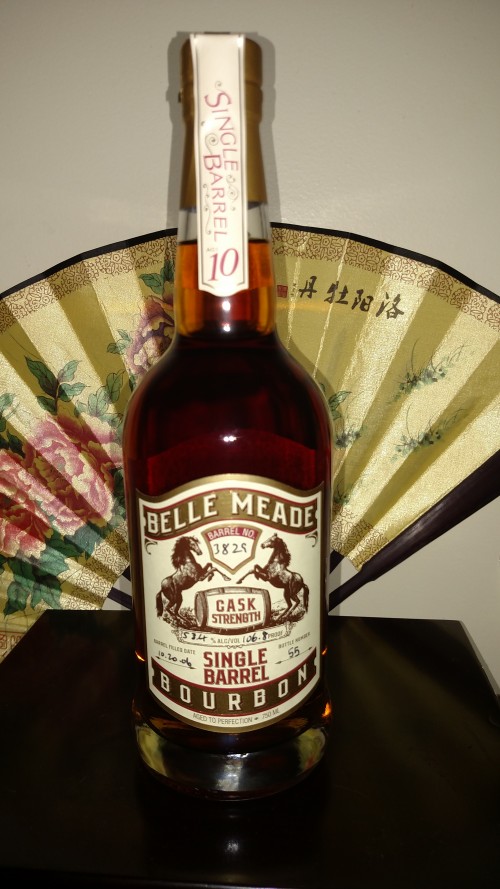 I aquired this bottle at the Nelson Greenbrier distillery in Nashville. We had a lovely time and tasted several of their bourbons including a port cask and madeira cask finished bourbon. (I posted pics of the tour in a discussion if interested.) I chose to get this one because it is available at the distillery only and not commercially sold. And it's 106.8 proof so yay.

Bottle is 99% full and opened for two days ( I had a wee dram after we bought it.) Being a freshly opened bottle I'll let the dram air out a bit in the glencairn.

Finish: Here returns the vanilla and apples to finish things off intertwined with the tobacco.

Overall: This is the best whiskey of the lot that we tried by far. And by far the highest proof. Its a big boy bourbon, but 10 years helps hide the proof. Good stuff, and I feel a bit exclusive.

Interesting. What did a bottle of that cost you at the distillery?

@casualtorture great review! This is now on the "must watch" list

@casualtorture, if I ever...scratch that...when I get out to your region the newer distillery that will be at the top of my list to tour is Corsair. Distiller and Connosr member Darek Bell is a wild man in the very best sense of the word. There are hopefully a few of his wonderful and bizarre creations available there that are not distributed most other places, like Grainiac 9 grain bourbon and the now-retired Insane in the Grain 12 Grain Bourbon. Their Quinoa Whiskey is wonderful. Darek Bell has already made and retired probably more whiskey products than many microdistilleries ever get around to making. Nashville is the site of their current. working distillery.

@Victor that one is next on the list! I'm glad you know him by name for when I get out there next month hopefully.

@Victor and let me know when you come, we'll have to meet up.

These Belle Meade bottles including Cognac cask are a bucket list for me. I need to be let loose in a Total Wine for an hour or so and sneak back into Ontario unnoticed at the border.