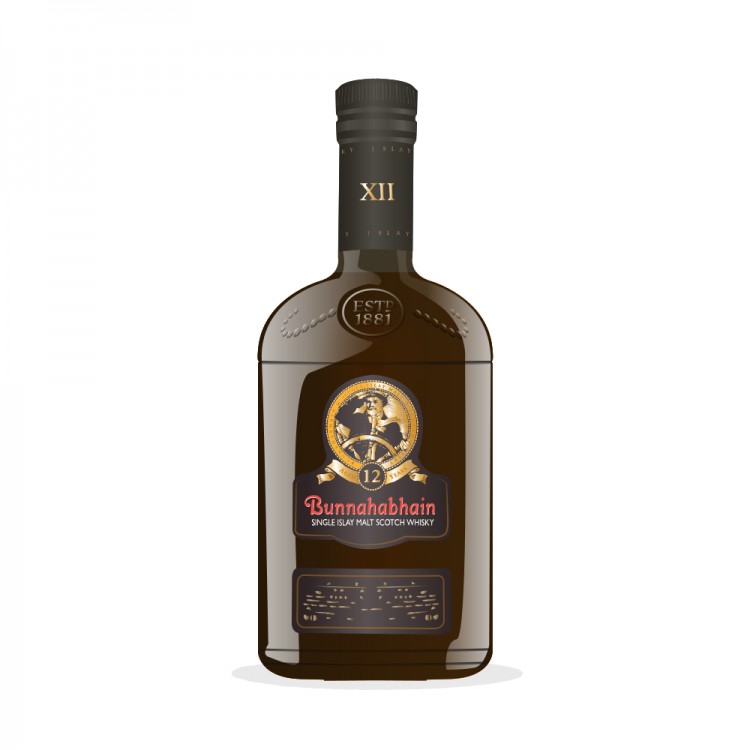 Distinctive as the only non-peated Islay malt (although Bruichladdich also has an unpeated bottling), Bunna (pronounced boon-a-havn) is located on the eastern shore of Islay, north of Caol Ila, across the Sound of Islay from the Isle of Jura. The distillery’s water is piped from a spring, which rises from dolomite rock in the mountains, and becomes hard with dissolved calcium- and magnesium-carbonate. Because the water never flows over the island’s pervasive peat bogs, the resulting whisky is mineral, light, delicate and totally unpeated, despite the island’s penchant for heavily peated whiskies. It is said that the whisky does, however, pick up some of the briny, maritime flavors, perhaps from the sea air in coastal warehouses.

Bunnahabhain is currently re-introducing their 12-year expression with a new (dark brown) bottle and label. They are also increasing the bottling strength from 40% ABV to 46.3% ABV, and switching to non-chill-filtering. The price is also increasing by $5-$10. I’ve heard it has a little more sherry influence and a touch of smoke, and is altogether more interesting than the older bottlings (pre-2011 with a green bottle). My notes below are for the original 12-year (the green bottle).

I tasted the 12-year single malt recently at C.B. Hannegan’s in Los Gatos, CA. Funny story: My brother-in-law Louis and I were sampling drams together and I ordered this Bunna. When it arrived I was trying to identify the nutty, sweet, cooked aroma in the nose. Baked bread? No, sweeter… cinnamon rolls? No, there’s no cinnamon or nutmeg… Louis took a whiff and joined in, guessing cookies or walnuts. Suddenly and simultaneously, the answer occurred to us both, and we exclaimed “Aunt Nancy’s Pecan Pie! Yes!” Whisky sampling is always more fun in good company!

Palate: Unlike any Islay I’ve had – lots of caramel and vanilla, full body, almost no smoke or earthiness at all. Salted caramels.

Conclusion: This is a good middle-of-the-road dram, mostly notable for its diversion from traditional Islay peat character. Worth a try, although there are better non-peated, non-sherried malts (Speyside, Lowlands) in this price range. Keep an eye out for the new (brown bottle) 12 year – that’s definitely worth a try.

END_OF_DOCUMENT_TOKEN_TO_BE_REPLACED 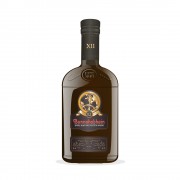 END_OF_DOCUMENT_TOKEN_TO_BE_REPLACED

Good review there @ScotchNoob, are you new round here? Bunna is a bit less sexy than the other Islays but shouldn't be overlooked.

I am indeed new, @LeFrog. I've been blogging for a few months now, but only just joined connosr. Thanks for the comment - I think Bunna is an interesting novelty: unpeated Islay malt indeed. I DO wish it were a little cheaper, since it's really competing with similar-tasting Speysides/Highlanders and not really with the other Islays. It's definitely something that every whisky-lover should taste, though.