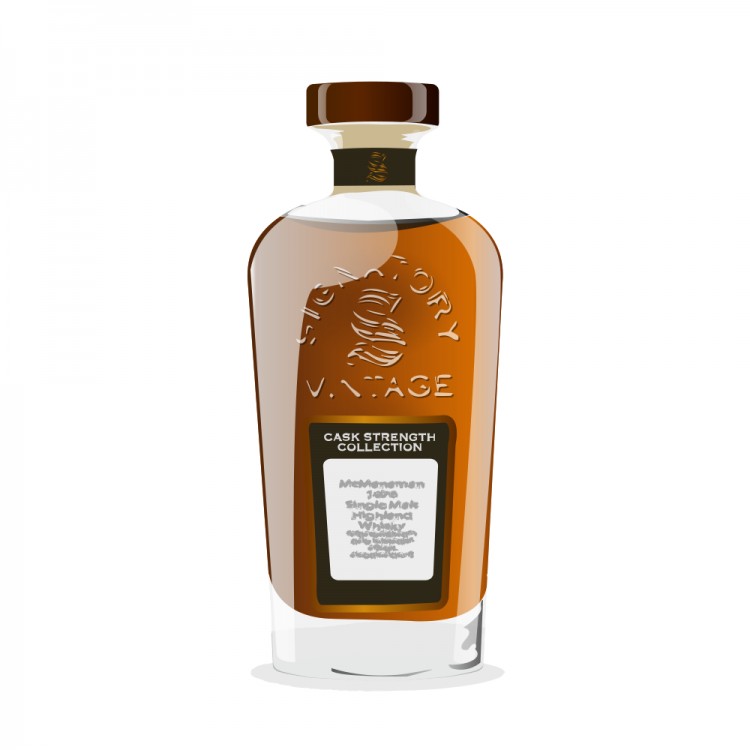 For those looking for something rare but affordable, Signatory Vintage has released yet another bottle from the relinquished Midlands grain distillery Cambus. It is my first from this plant and my third only single grain, so I’m not sure what to expect. In my previous experiences, the single grains all had an outlandish taste. Fingers crossed and hope I might find something new here as well.

Description: a 23yo whisky, matured in a refill sherry cask #55890 and bottled by Signatory Vintage at 53.9% ABV for their cask strength collection.

Nose: restrained and mature, characterised by the wood. A bouquet of dry toasted oak, chocolate, grain, a vegetable touch of sage, with notes of sherry lurking below. (with water added: slips into a fruitier outfit: pear juice with tropical drop of pineapple and a whiff of rubbing alcohol)

Mouth: a waxy body with a very punchy warm palate: latté, almonds, chocolate sprinkles, dash of milk, olive oil, with a cinnamon edge (with water added: I thought water was supposed to dilute the palate? Not so here the cinnamon comes back with a vengeance: tenfold the intensity. Stronger mocha coffee notes with the addition of caraway)

Verdict: incredibly powerful, with the same vigour of a mocha espresso. Which came as a bit of a surprise, I expected a much fruitier dram, but the wood played an essential role in the creation of the profile. Not so impressive at first, but do try it with water. A solid alternative for a single malt, from a lost distillery and available for the smaller budgets.