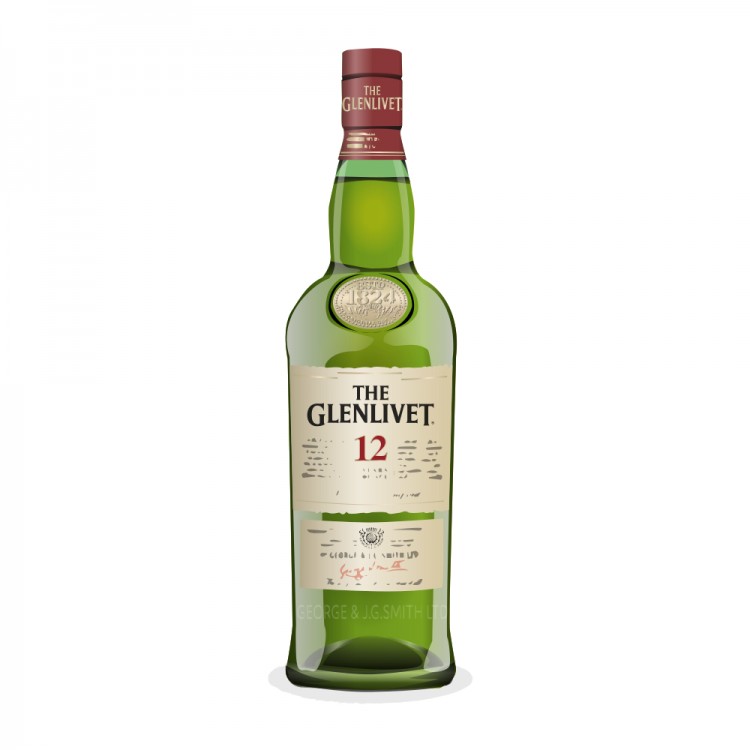 I must start with the fact that I quite admire the Speysiders ("Glenfarclas"-es being the favorites for me), but since I have owned a Glenlivet 18 y.o. recently and enjoyed it, I thought I should try their entry level malt. So when I came across a good discount for a bottle of Glenlivet 12 Year Old at a local retailer I quickly snatched the opportunity and bought one. I have expected a light dram, maybe on the sweeter side, a good value for money. Little did I know.

Nose: sweet, nothing really complex, but this is the youngest member of this family, so it is expected. Fair amount of apples on the nose. Sweet malt. A distant banana. Some bread dough with good yeast. Somewhat reminiscent of Cardhu 12 y.o., although not that sweet on the nose, as the latter. Then spirit jumps forward to steal the sweetness and fails, thank God.

Palate: So thin, disappointingly thin! Very light-bodied, even watery on the front areas of the mouth. Is this a Speysider at all?! No initial burn as well. After a few seconds, at the back areas of the mouth and palate a feeling of more apples, apple pie and cinnamon bursts, but not too strong. Some honey, but combined with a troublesome bitter note. Some fresh bread dough maybe? Even given that, not at all complex palate, no surprises, no hits whatsoever. Alcoholic taste everpresent, competing and eventually conquering the faint fruit and honey hints. A hard burn at the end, which is good. In general I found the palate unbalanced and somewhat disappointing, really. And then, suddenly...

Finish: Here is where the suprise kicked in! A thick, almost chewy wild honey (that hasn't been on the palate during sipping) aftertaste, that lasts for ages and saves the day. Nothing other than that, just that, but it suffices. One is left wondering, where did it came from, since one only felt it very weakly during the sipping. A mistery!

I was initially going to bash this dram even more and rate it in the upper sixties/lower seventies. I was going to compare it to an anorexic model with a bad morning breath. Now I think I would actually recommend this entry level single malt to anyone, who needs a change or simply a good lightweight Speyside dram. I personally will abstain for buying another bottle of this malt for quite a while though and stick with the other Speysiders, like Longmorn 15 and the Glenfarclases for the time being.

END_OF_DOCUMENT_TOKEN_TO_BE_REPLACED 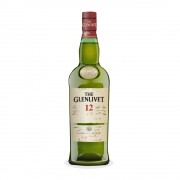 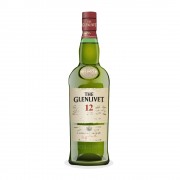 END_OF_DOCUMENT_TOKEN_TO_BE_REPLACED

Thanks for the review. Huge Glenlivet fan myself. Try the 15 year old French Oak Reserve next. That's probably my most underrated dram. I'm a huge fan of the 18 as well. Then there's the amazing 21 year old Archive. Let me know what you try.

Thanks for the comment, @teebone673. I will definitely follow your advice about the Glenlivet 15 year old French Oak Reseve. Here in Bulgaria it is very reasonably priced: around 32 EUR. So I will and I will surely review it afterwards. You have mentioned the Glenlivet 18 year old. Although magnificent (even the color is a killer beauty), this expression was a little bit overrefined for my taste, just like an old rich noble gentleman, but may be I was expecting too much, given its' price tag (still not expensive for a top-notch 18 year old single malt). I will review the Glenlivet 18 as well for sure, but I will need to give the second bottle, lingering in my cabinet, a chance, in order to do so. Beforehand I will buy the 15 year old expression and surely review it. I actually have a soft spot for 15-16 year old expressions - they tend to be my choice (Longmorn 15, Glenfarclas 15, Glenfiddich 15 Solera etc.) I do not know why as of yet.