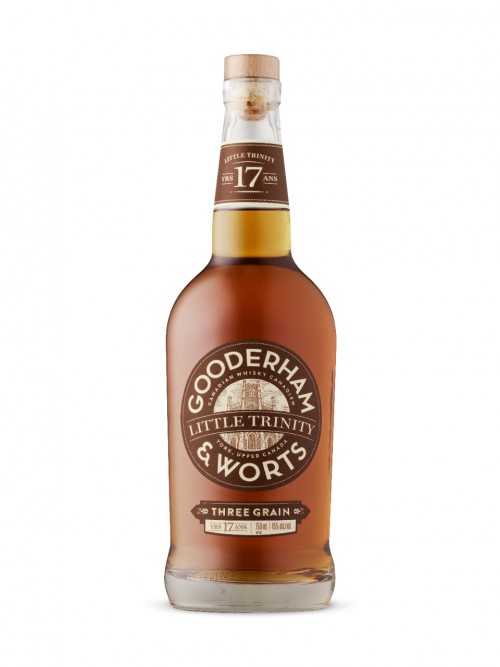 Little Trinity Church is the oldest surviving church in Toronto, and was built by William Gooderham in 1842 for his distillery employees so they could worship without paying the high pew fees at neighbouring churches (there used to be pew fees? WTF?) This expression changes the recipe of the original G&W Four Grain by eliminating barley, so the whiskies within come from corn, rye and wheat - and of course, also mature in oak for 17 years (the Four Grain is NAS).

On the palate you get a creamy mouthfeel, full of oak, caramel, cloves and baked apples. Is that lavender? Lots of dark brown sugar. Thick honey. Gets spicier with time. Very luxurious, especially with a drop of water.

The finish is - again - creamy with more oak, toffee and spices (nutmeg, black pepper). This seems to be either the largest bottling of each of the four NBC Rare Releases, or the worst-selling - I still see lots of bottles on the shelf, whereas the others are long gone. It's very approachable and enjoyable; I would prefer a bit more bite and complexity but there is nothing to dislike here. Side-by-side, the Three Grain is richer and smoother than the Four Grain, and (no surprise) is missing the maltiness of the earlier bottling. They share a sweet, toffee character but the Three Grain has a bit more panache.

Correction: there is still a fair amount of Pike Creek 21 Year Old around.