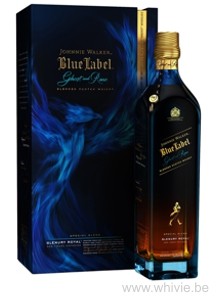 Admit it, Glenury Royal sounds a lot less impressive than Brora or Port Ellen, but that did not stop Jim Beveridge to create a third expression in the so-called Ghost & Rare series. The Highlander Glenury Royal – one of only three distilleries allowed to add Royal to their name – closed in 1985 (and was demolished in 1992, now replaced by flats). The distillery was built in 1825 by Captain Robert Barclay who was also a parliamentarian. After a fierce fire, the distillery was resurrected – like a phoenix from its ashes, hence the logo on the luxurious box. Yes, I think it looks beautiful. Next to this malt, this release also contains Pittyvach and Cambus as ‘ghosts’ and the ‘rares’ are Glen Elgin, Inchgower, Glenlossie, Glenkinchie and Cameronbridge (grain). It is bottled at 43.8%. I felt the Brora edition was outstanding and the Port Ellen edition fantastic. I wonder if this Glenury Royal version comes close.

The fruit certainly returns on the palate (now more juicy than dried, with apricots in the lead), but that is upholstered by notes of toffee, some nuts and butterscotch. Toffee apples kick in with a vengeance. Feisty op pepper. The wood takes care of a bitter note. Perfectly balanced.

The finish is soothing, long and makes you realise that Dr Beveridge has succeeded once again in creating a decadently deliciuos blend.

Look, Blue Label is already a great blend. But these Ghost & Rare releases are clearly in a league of their own. This is absolutely great stuff. My wife said ‘What?! 285 EUR for a blended whisky?’ Then I poured her a dram and she whispered ‘Pour me another one,’ while nodding affirmatively.