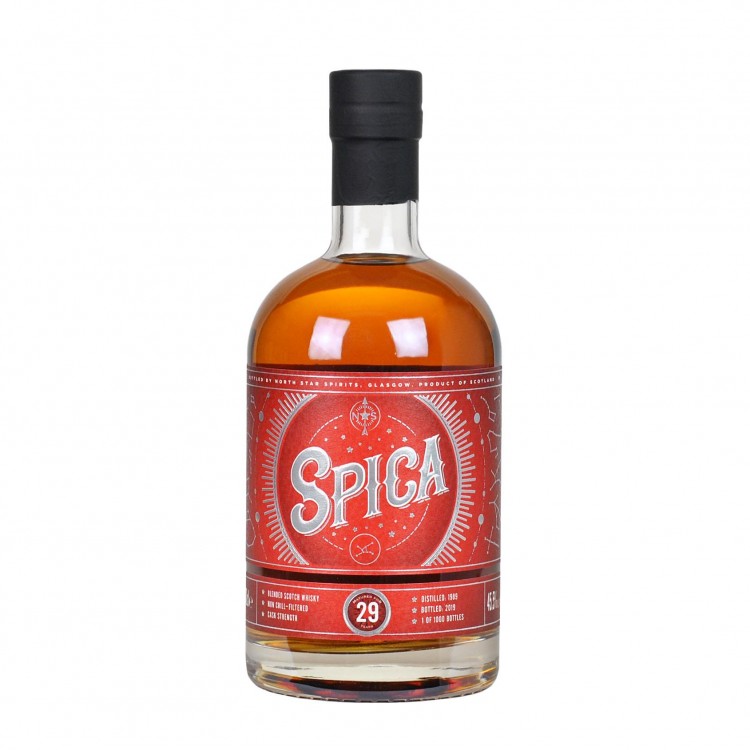 North Star Spirits is an independent bottler founded by Iain Croucher, he used to work for A. D. Rattray beforehand but in 2016 was offered the opportunity to buy a parcel of whisky he could not pass up and decided to strike out on his own. His small enterprise has gained a following in part I think to his down to earth ethos, I have often read in his interviews that he tries to keep the affordability factor in mind.

He has a line of blended malts under the Vega (ex-sherry) & Sirius (ex-bourbon) range as well as blended whisky under the Spica range, they vary in age and composition at each release. I believe these are purchased blends I am not sure they are assembling them in house but I could be wrong.

Finish: dried fruits, figs especially, marzipan, a feeling of overbrewed tea, peppery. the texture is a bit thin, even upon entrance, the liquid doesn't stick to your lips/palate, surprising as this is supposedly cask strength.

Blab: This doesn't immediately strike you as venerable, it has a rich nose, the palate doesn't deliver as much. When you spend some time with it though you realize there is an underlying depth you don't normally get in younger whisky. For the price (100$ Canadian) it's an experience that is worthwhile but one that you must take your time with as this stuff is just so easy to drink you'd miss the subtleties.