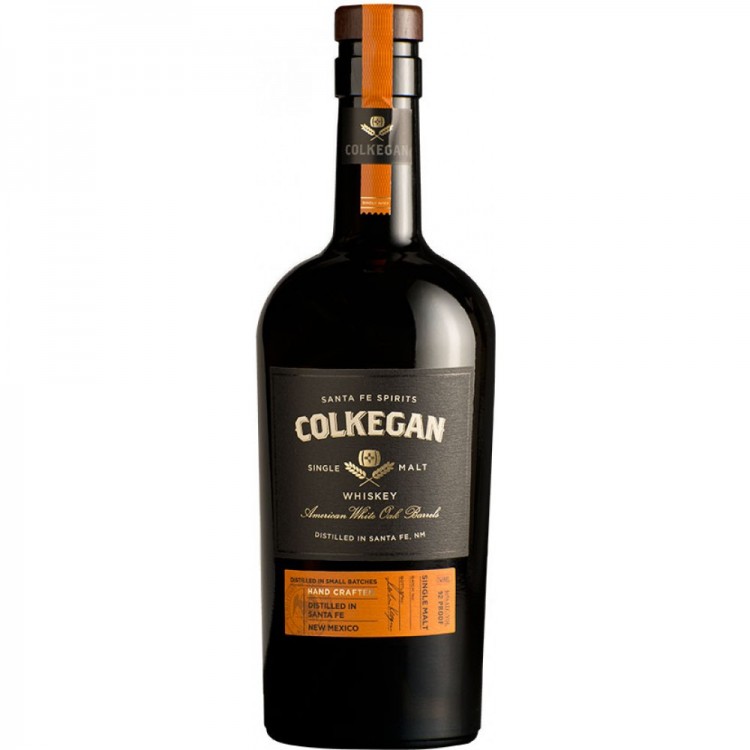 Distilled and bottled in Santa FE, NM, this whiskey bears a felicitous contraction of the British owner's name, Colin Keegan. I had no idea what to expect out of this fledgling exile's distillery out in the middle of the desert. Right out of the bottle, there is unpleasantly high alcolhol on the nose, like rubbing alcohol or super-glue. Behind this olfactory assault, there is a malty sweetness, a citrus or lemongrass quality, a light smokiness, and a heavy Bourbon aroma. I am not scared off by the unpleasant initial impressions. This is a type of whiskey I would call a “developer,” in that it needs time in the glass to reveal its true qualities. It’s not an uncommon phenomenon, or indeed a fault in my opinion; other “developers” I’ve encountered are Speyburn 10 and Glen Moray 12, two very fine Speysides if you just give them about 30 minutes to put themselves together. The first tasting is plainly sweet, with generic maltiness and big acidity, but a good mouthfeel. With further nosing and tasting, something dark and rich comes out: some vanilla bean, some fried banana. There is also a sweetly herbal quality I can’t really name, though maybe I could if I knew more herbs. As desired, the whiskey mellows out and opens up to me. There is even a chocolaty background to the flavor - not dark chocolate, but white chocolate. The loud Bourbon qualities go quiet, and the sublter single-malt flavors take over. This bottle is like one of those "different" gals you spot so often in New Mexico, the kind with a nose ring, bohemian garments, a little unwashed but rather pretty.