@OdysseusUnbound Nothing wrong with getting a head start on the season.

Yesterday, my wife and I attended "The Judgement of Westland" event at the Westland distillery in Seattle. Westland is conducting this event around the world where attendees blind taste and score 4 single malt whiskies from around the world (4 different countries). Obviously, one of the 4 is Westland representing the USA. The other 3 whiskies were picked by Dave Broom. Attendees are asked to judge the 4 whiskies on a scale of 1 to 5 and to judge them on their own merits (not against each other). Unfortunately, at the end of the event, Westland can only tell what country each whisky is from, not the brand, because the other brands did not agree to be part of the event. Each whisky that Dave Broom selected to compare to Westland was each distillery's flagship release (no finishes, single casks or special releases). They were all about the same retail price point, widely available and similar ABV. My wife and I correctly guessed which country each was from Australia, India, USA and Scotland. On the 1 to 5 scale, I rated the Australia whisky a 4, India a 3, Westland a 3 and Scotland a 4. Westland is keeping track of every score from every event around the world and publishing that on the event's website; www.thejudgementofwestland.com

It was a fun event, but I would love to know exactly what we were drinking. I'm assuming that Australia was Starward and India was Amrut, but I have no idea which one was representing Scotland.

On the way home, my wife and I stopped at Mexican restaurant for appetizers. I had a flight of Avion tequila; Silver, Reposado and Anejo. All were 40% ABV. The silver had a very vegetal, mezcal-like note to it. It was good, but a little harsh. The Reposado was very good, but the Anejo was outstanding. Creamy and almost un-tequila like. It was head and shoulders above the other two. 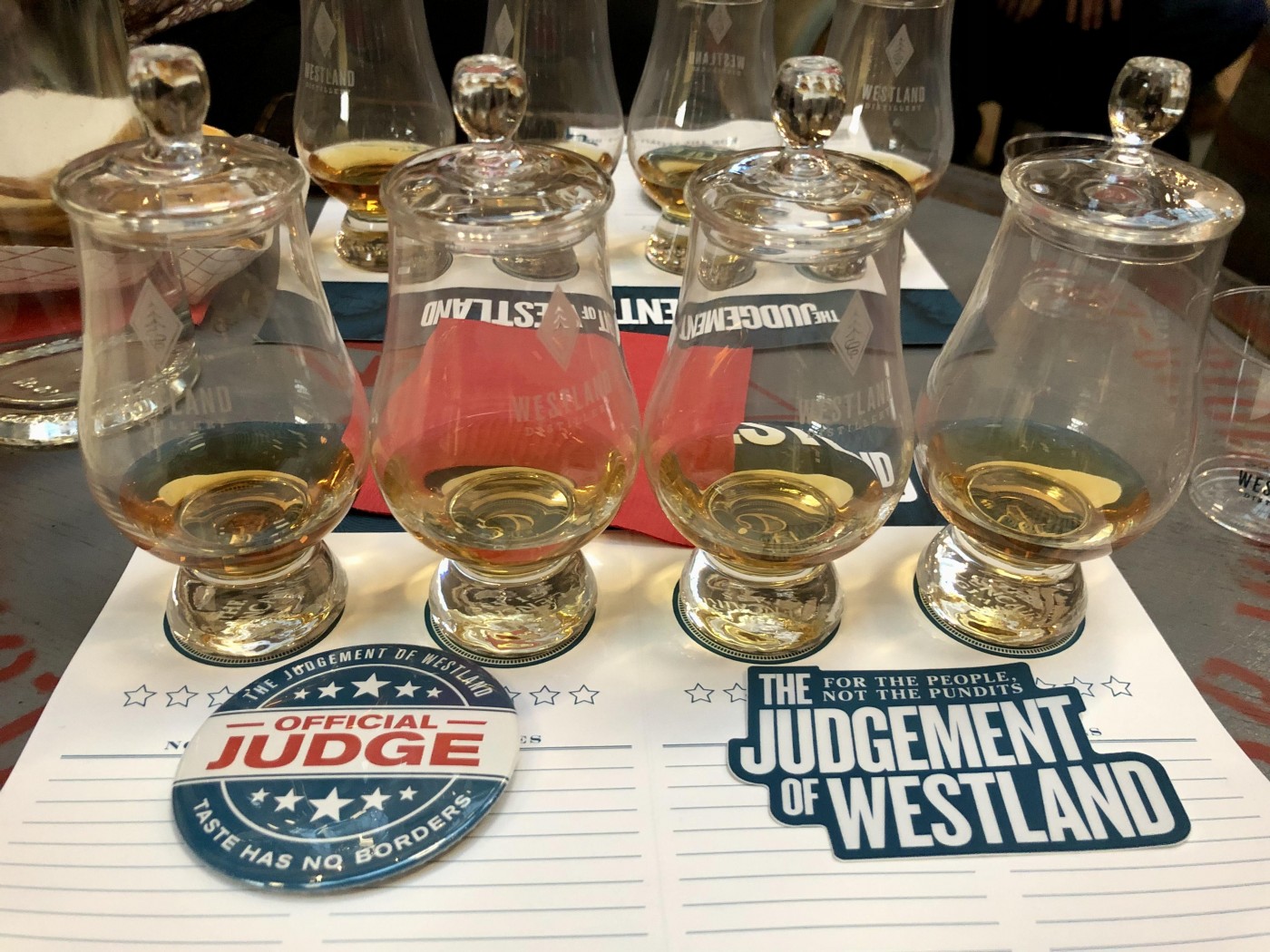 Tonight, finished off my bottle of Bruichladdich Islay Barley 2010 - 50% ABV.

I forgot to post last night that before I had the Dallas Dhu, I also had a couple of Black Irish Coffee Manhattan's made with 1oz Irish Whiskey (Teeling), 1oz Jameson Cold Brew and 1oz Amaro with a dash of coffee bitters and a dash of orange bitters. Cocktail recipe courtesy of @yaklord.

Tonight, while playing on-line poker with the guys, I rated the last of my two unrated open bottles;

BenRiach The Original Ten - three cask matured (ex-bourbon, ex-sherry & virgin oak) - 43% ABV. Rating: 87, but it needed a little water to obtain this rating. It tasted a little "hot" without water, even though it is only 43%.

Since the next two were both 13 years old and finished in PX, we drank them head-to-head. It was interesting how similar these two were.

Since the next two were both Laphroaig's we had them head to head as well. The distillery character came through in both, but they were also very different. The 25 year was subtle and beautiful. The 10 year was big and bold.

Since the next two were Ardmore's, we drank them head-to-head as well. Engine was an apt descriptor for the one. It was very good, but my favorite of the two was the "Big and punchy" even though the sherry influence was very slight; almost non-existant.

Since the next two were Caol Ila's, we drank them head-to head. Both were excellent, but if I had to pick one, it would be "A seaside picnic". It was quintessential Caol Ila!

Only one Bunnahabhain available, so this one was on its own. It's so good, no need to compare it to anything else!

We finished the night with another head-to-head tasting. Again, both were very enjoyable drams, but I preferred the heavily peated one because it was rich and bold. The peated one was a little more tame, even though it was the younger of the two.

An excellent lineup to celebrate the occasion.

6 days ago 5Who liked this?

4 days ago 5Who liked this?

@bwmccoy All that and turkey too? Happy Thanksgiving.

Behind in my posting;

On Friday night, a couple of Black Manhattan’s made with Maker’s Mark 46.

On Saturday night, started with a Jerry Thomas Manhattan, but like last weekend, it tasted off. I thought my vermouth had gone bad, but used a new bottle of vermouth last night, so that wasn’t the issue. Discovered it’s the Rittenhouse Rye. This was a new bottle last weekend, so must be a bad batch. It tastes like paint thinner. After that disaster, had a Black Manhattan. Much better! I also finished off my bottle of Bend Distilling (Bend, Oregon) Black Butte Whiskey 3 year. Release #5. 47% ABV.

Tonight (Sunday), had a couple of Black Manhattan’s. The first one was made as usual, but didn’t have quite enough Maker’s Mark 46 for the 2nd round, so I used 1oz Maker’s Mark 46 and then added 1oz of Copperwork’s Special Release 34 WA state peated malt (Skagit Valley Maltings) aged for 49 months in 8 new American oak - 52% ABV. This worked much better than expected. It had a great Maraschino cherry note that isn’t present with the standard recipe.

Fettercairn SMWS 94.10 (13 year - Aug. 2007) "The gentle beast from the east". After 11 years in a refill ex-bourbon hogshead, transferred to a 1st-fill ex-Pedro Ximenez sherry hogshead - 56.0% ABV. This is the first Fettercairn I have owned and possibly even tasted. It’s so good, it won’t be my last!

@BlueNote - Sorry. Just now saw your post. My brother-in-law smoked a turkey for Thanksgiving dinner and it was perfect!

yesterday 1Who liked this?

If I put a new purchase in the “to try” list, it may languish there for years. Amrut Bangalore Tiger has been in my collection since 2018. Caol Ila unpeated 15 YO (my first of 3 unopened bottles bought at discount prices) was 2017. Bladnoch 10yo CS (Raymond Armstrong Era) was purchased so long ago I can’t remember when, probably 8-9 years ago.

The only way to avoid that is to open it as soon as I get it. Also a good way to find out if I would want more bottles should they become available.

Thanks to @fiddich1980 I was able to be one of the first in Ontario to taste this. First impressions are positive. Great nose, nice palate. I would say reminiscent of a thin Uigeadail.

A little water and time in the glass is more than kind to this one. Not convinced I would buy another (if I had fewer than 20 bottles in my collection I would definitely want a spare) but I intend to enjoy this one!

8 hours ago 5Who liked this? 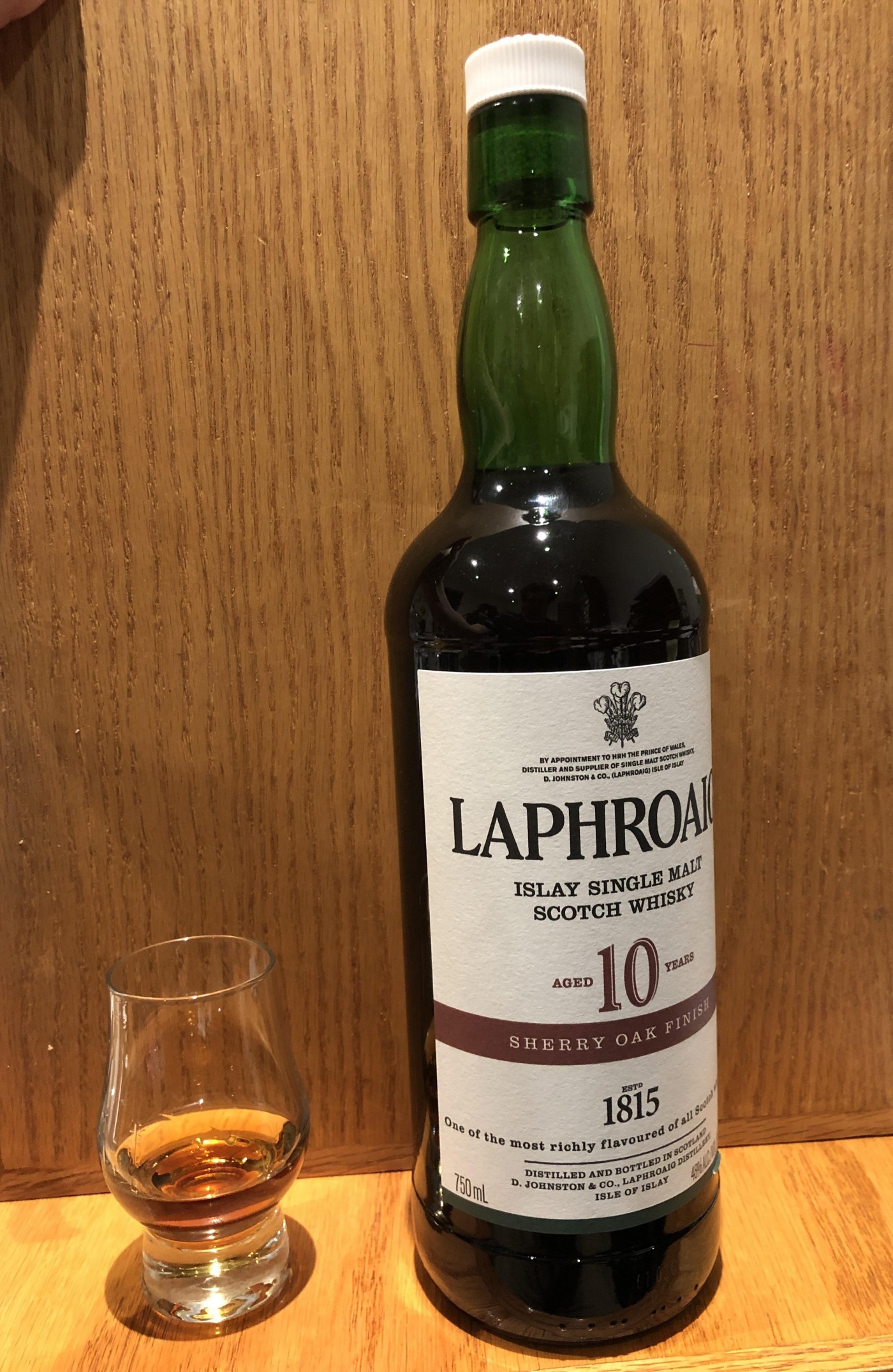 7 hours ago 3Who liked this?

3 hours ago 2Who liked this?