@bwmccoy You've got the Mariners, and they are kicking it right now. Seattle is closer to us than Toronto, so we are just as much Mariners fans as Jays fans. We'll take either one for a World Series win.

@BlueNote - Likewise, if I'm not rooting for the M's, I'm rooting for the Jays. As for the M's, I hope the All-Star break didn't break their Mojo. The 14 game winning streak is going to be put to the test right away with 10 games against the Astros and the Yankees over the next couple of weeks. We'll see where they stand after that.

Thursday night = poker night. While playing on-line poker with the guys, I had a very small pour of Up North Distillery North Idaho Single Malt Whiskey (43% ABV) to see if a few months of air had improved it. Nope! Still tastes like paint thinner.

I also had a small pour of Corsair Triple Smoke (Beechwood, Cherry & Peat) American Single Malt Whiskey Pot Distilled 40% ABV. While this one is nothing special, it is at least drinkable unlike the previous one.

Finished the night with a dram of Undisclosed Island Single Cask Nation release for The Water of Life Film. 6 casks (5 unpeated + 1 peated) 48.8% ABV. I assumed that this was Bruichladdich since it was associated with the film, but have been told by a reliable source that it is Arran.

Just a good old Laphroaig 10 tonight with the addition of a couple of slices of dried smoked pancetta from the Devon Good Game company in the bottom of the glass for experimental purposes. My wife thinks it’s weird but I reckon the dregs of the glass or the pancetta will take on some of the influence of each. How can it not! Cheers all and have a good weekend.

@Timp Your wife may have a point there, Tim.

Hi all! Seems like an age since I was last on here but probably only a few weeks

We've been having a mini heat-wave of late with temps of 40°C, which for the UK is crazy high, so not much whisky being consumed but plenty beer!

That said, I recently opened a bottle of Supersonic Mach 3 from North Star Spirits and, when I've had a dram, it's usually been from that bottle. Having one now post dinner and it's a lovely drop - lots of toffee/fudge notes, dry spices, orange peel a little ginger and a wisp of smoke at the tail. Has an Old Skool sherry vibe about it and, for just over £40, is one of the best value malts I've bought in a while. Not too complex, but a young sherried whisky full of character an far too easy to drink ...

Tyndrum whisky just got some back in stock so I picked up a second bottle. If you can use the website, I've added a link. Seriously, snap one up while you can, folks.

Mind you just finished the dram and the pancetta, and as long as it’s not left too long in the whisky it’s lovely. I think if you left it in there too long it would lose all of its own flavour.

Have dumped the rest - four slices, in the remains of the bottle, we shall see. Thinking it might add a smoked meat note to the whisky. A little like Caol Ila for instance. Who knows.

@Timp, I'm all for experimentation...and the only thing better than pancetta, is chocolate; however, I'm not suggesting....

@RianC Sounds like a pretty good deal. Enjoy it for us!

Brother's family came over for a very good Friday night dinner. I poured my brother and me some Glenmorangie Quinta Ruban 14 YO. I'm still easing myself back into whisky since my bout of COVID and at 46% this easy sipper fit the bill.

@RianC Nice to hear from you Ryan and cheers for the steer to the North Star. Nabbed one this morning. Always nice to have a good value malt on the go. Cheers..

I tried a pour of Johnnie Walker Black Label Sherry Cask last night and I was pretty impressed. I’d like a little more smoke but it does say “Sherry Cask” and not “Extra Smoky”.

@Timp - thanks! I think you'll enjoy it and, for the price, it's no great loss either way. Be interested to hear your thoughts on it. Gets a touch smokier with every pour, which is nice!

@RianC will let you know as I won’t be able to resist opening it when it arrives!..

Tonight my wife and I had a post-dinner Margarita following a somewhat improvised recipe (makes 1 Margarita):

I like to do a shake and then “dirty dump” into a salt-rimmed rocks glass. The tequila is nothing expensive or fancy, but I’m fairly certain it’s additive-free. Even in a cocktail it retains its peppery, savoury, vegetal essence.

For happy hour, a couple of Jerry Thomas Manhattans made with Rittenhouse Rye BiB.

I find Lagavulin to be a special treat on a hot and sunny day. This past Saturday I enjoyed a pour, two actually, of 9 YO House of Lannister GOT release while enjoying what is likely to be the finest day of this summer. Blue sky, a soft breeze, 30C (86F) and a bbq with the family. One of the youngsters told me that my glass smelled like a bbq. Cute kid ... pass the bottle of bbq juice please.

@paddockjudge It must be in the genes. The kid's already got a nose for good whisky.

I've wanted to try bottled, pre-made cocktails for a while. The other day I was at the store and noticed a High West Barrel Finished Manhattan 375ml bottle for about $25, so I decided to pick one up. For the past 2 nights, I had one 2oz pour over ice with a Luxardo cherry and a dried orange slice for garnish. The verdict: It is a quality cocktail, but it is sweeter than I make mine and I prefer a little more bitters. Would I buy it again? Probably not, but only because I prefer the way I make mine. :-) 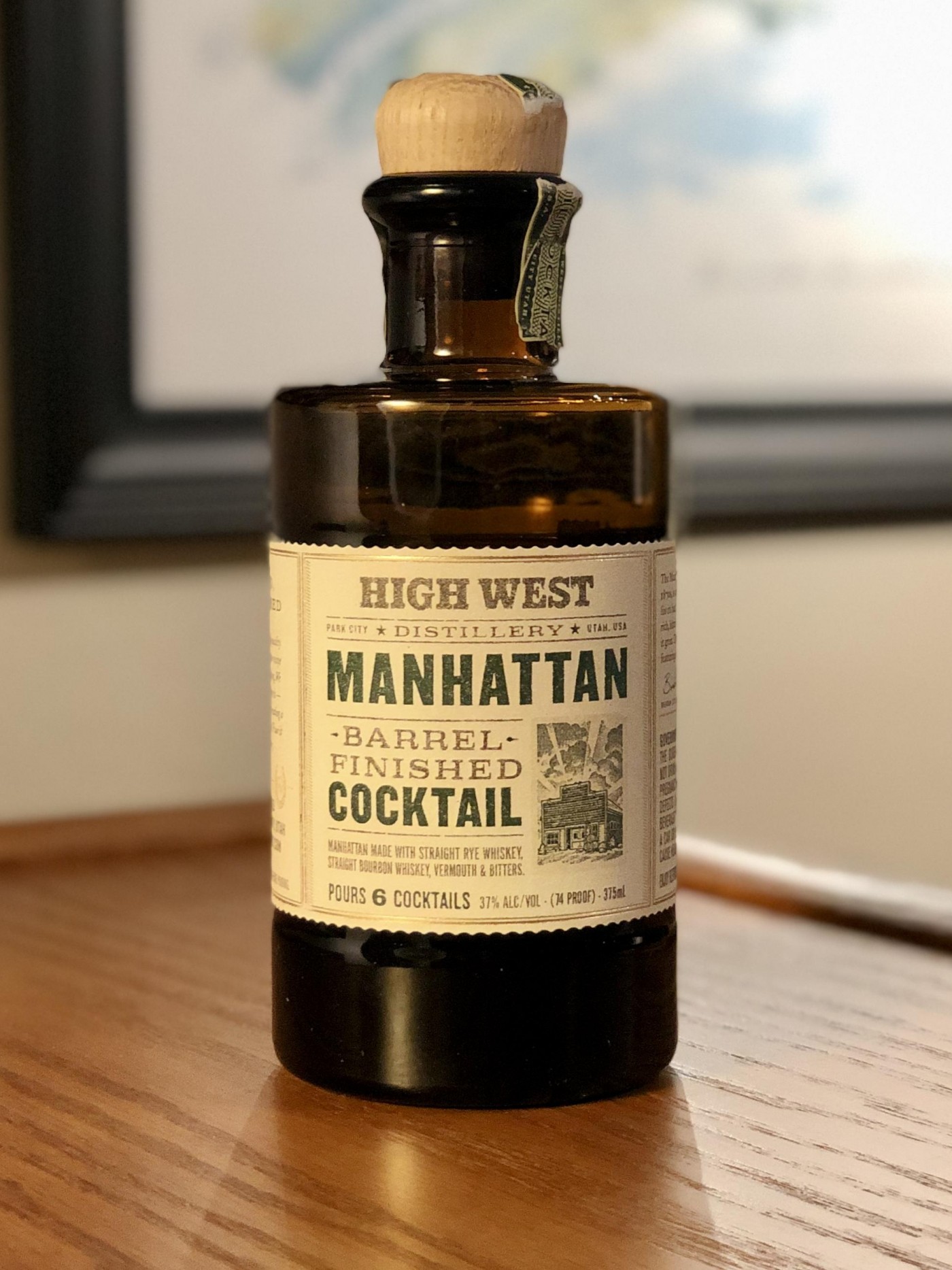 @BlueNote, oh so true! This little one happened to stick her nose in a glass of 21 YO Glen Elgin sherry cask and blurted out "plums"....she was only a year-and-a-half. Grampa's gonna have a whisky buddy.

Note to self....leave lots of low hanging fruit in the cabinet and lock-up the top shelf trophies.

We had a dram of his Aberfeldy 12. I don’t think I’ve had this one before. Not a bad whisky for the money. Typical Speyside notes, but some depth and a little complexity that surprised me. Not enough to buy a bottle, but it was a very drinkable dram.

As you can see in the photo below, there is more to explore tomorrow night… 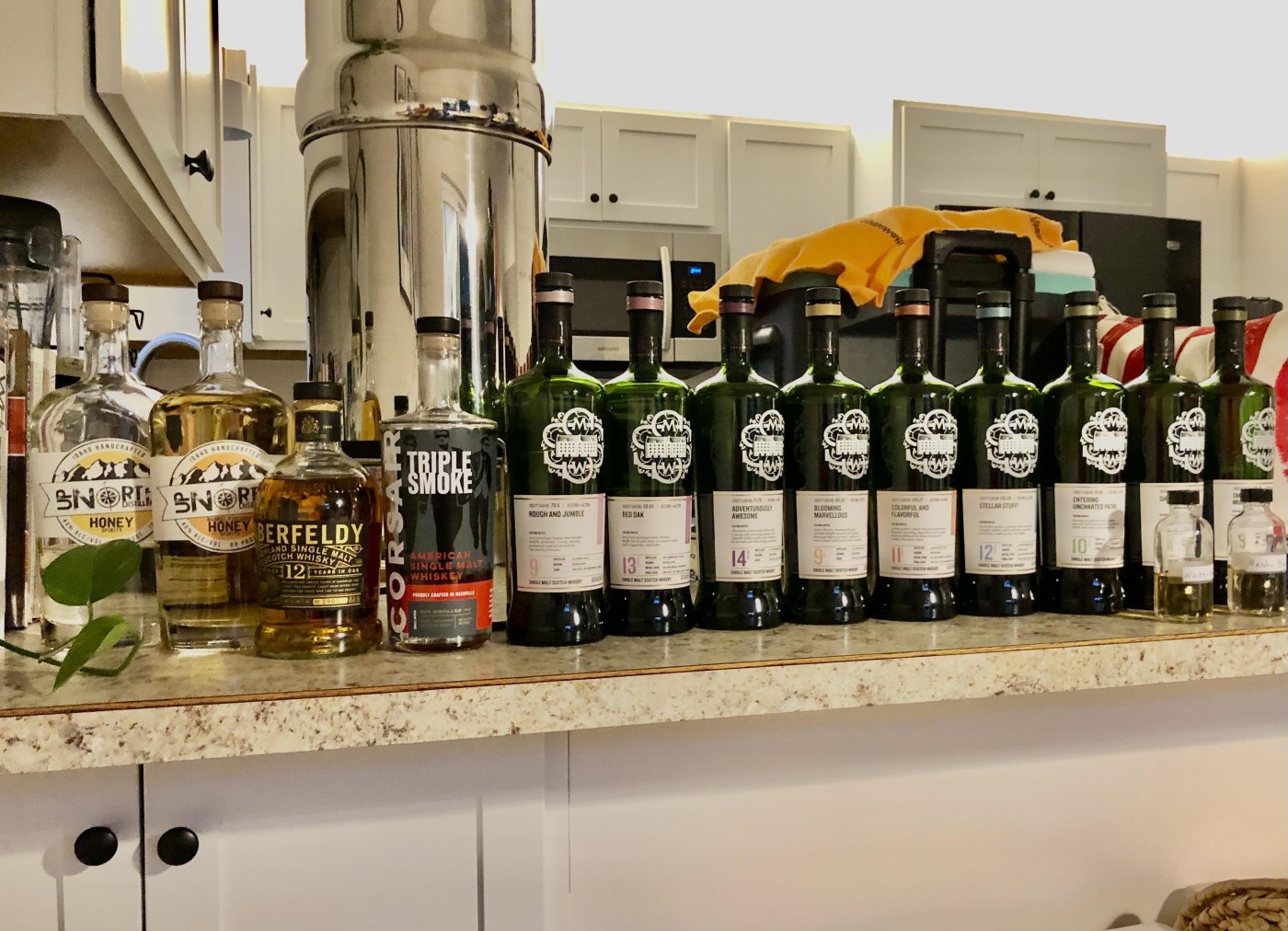 @bwmccoy I have tried a number of the pre-made cocktails an so far I have found them all to be sweeter than I prefer. I find myself added additional rye or bourbon (depending on the cocktail) to bring the drink closer to what I like.

Couple of drams tonight. @RianC s sample of Ledaig 10 and it was lovely. Sweet peat and smoke and really nice integration. Pretty sure I have had a bottle of this a few years ago and don’t remember it being this good. Nice, cheers mate.

To follow a large dram of my Dads bottle of Jameson Black which wasn’t too bad tbh. He has had it open for a long time as he doesn’t drink much any more so maybe that helped.

@Timp - glad you liked it! Funny, I find that batch to be a bit below par!?! I was wonder how others might find it. Has a touch too much bitterness in the finish for me.

Polished off a Glendronach 15 last night. Good drop, glad I hAve another but won't be seeking any of their CF 'd stuff ...

@RianC Interesting. Didn’t get that bitterness but it did seem very sweet to me.

Yeah always liked the Glendronach 15 and have a nearly full bottle of the 2014 open. From the last of the batches that were supposed to be at least 18. Can include you a sample of one of these if you fancy doing a head to head with your other bottle? Unless it’s the same year mind!!

Had a pour of Wild Turkey 101 last night, while assembling a drawing table for my lovely fiancée. The bottle is about 3/4 full, but has been open for awhile (2+ years?…I’ve been doing a poor job of keeping track of the details of my cabinet over the past six years).

It was a very pleasant drink…I could have easily had several pours. However, I was struck by HOW pleasant it was…namely, no alcohol hit at all, but also a very flat/basic/plain bourbon profile (including little to no distinctiveness on the nose). If the 101 version is this non intrusive, I can’t imagine even noticing I was drinking bourbon if I had a pour of their standard proof bottle. A very odd experience for me.

@Timp - ooh yeah would love to try those older bottlings, mine are from the re-released ones c2018-19. Would be good to see what all the fuss was about and if the later bottles really are as inferior as some say ...

@RianC No problem mate, in the box.

A bottle which lingered for too long in my stash. Distilled 2001 bottled 2013. 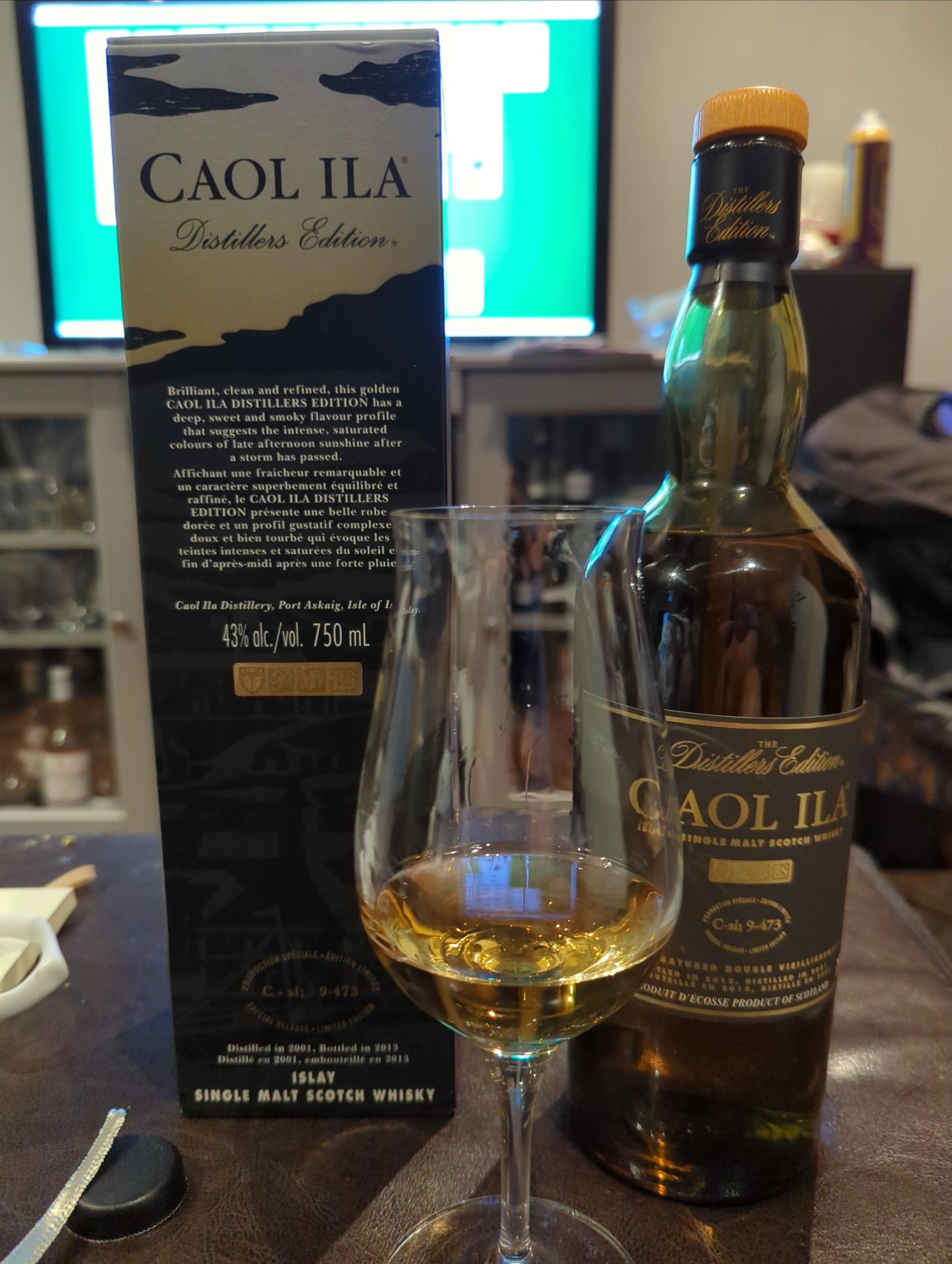 Today was a special day. Not only did I finally beat my wife at cribbage (something I may have done once before in my life), I actually beat her ANDmy sister in law simultaneously, and my wife was skunked!

To celebrate, and also because I was preparing a sample, I poured a half ounce of Milk & Honey Apex series pomegranate wine cask finish, batch 8. At 59.5% it’s no shrinking violet. With a little water and the Ashok Manoeuvre, this 3 year, 1 1/2 month old CS beauty really shines.