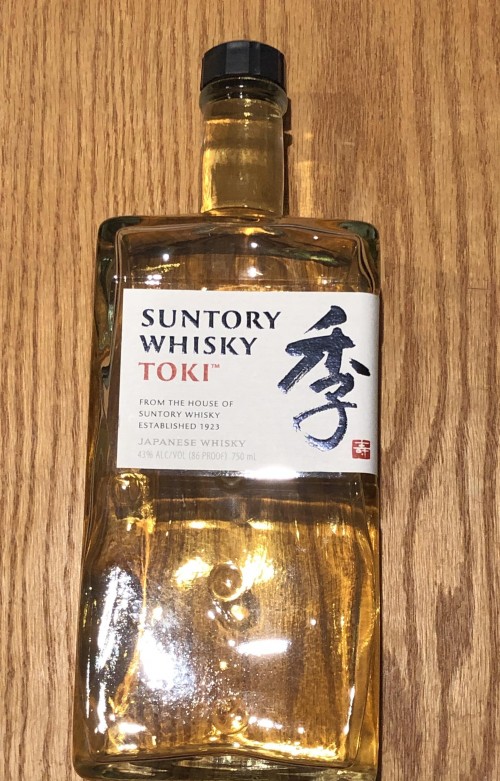 They mean well, I have no doubt. For the last 8-10 years, as (non-whisky enthusiast) people have learned of my “hobby” as it pertains to whisky, they have come up with the perfect gift for me for any occasion - Whisky.

Sometimes this has resulted in a nice addition to my cabinet. I would not be able to pour Johnnie Walker Blue for anyone who wanted it if it had not been a gift of a brother in law. Similarly, my nephew and his now wife gave me a very nice bottle of Hibiki Harmony Master’s Select. But other gifts languish in my cabinet (Glenborrodale, Kirkwall Bay) or have been successfully passed along to friends (who knew what they were getting themselves into - Howitzer comes to mind). A couple were successfully traded in for something I would prefer. I have been given some glasses that come with a giant ice cube mold…

Now, I have a long history with the person I refer to on this site as my NP friend. I have more than one NP friend but only one I know who likes whisky. I have known her since 2014 and I introduced her to bourbon and Canadian 100% CS rye, which, it turns out, is her favourite type of whisky. We are good friends. But her choice of gifts, while well-intentioned, is, let’s say, not in my wheelhouse. It started with Crown Royal Northern Harvest Rye (when it became available again after everyone bought it up thanks to he who must not be named…). Then when she stopped working in my area she gave me a goodbye / holiday gift of JW Blue (a very fine gift to be sure). Then Wayne Gretsky Cream Liqueur for a birthday. And this year, Suntori Toki.

This whisky is a “vibrant blend of carefully selected Japanese whiskies”. NAS, bottled at 43%. The bottle was opened Dec. 14, 2021, the day after I received it, gassed, and then poured three months later for this review. It was almost completely full.

This expression is reviewed in my usual manner, in a Brilliant Highland whisky glass, allowing it to settle after which I take my nosing and tasting notes, followed by the addition of a few drops of water, waiting, then nosing and tasting.

Sweet and fruity. A hint of baking spices. Some green banana. Not overly complex but clean and refreshing. No difference with water.

Sweet and spirity on the first sip. Spicy upfront with fruit in the background. Slightly peppery. A little thin on the mouthfeel. Water makes it more bitter and washes out the fruitiness. (19/25)

As with many low ABV Japanese whiskies I have tried, the nose promises more than the palate delivers. The pepperiness and bitterness overwhelms the fruitiness a bit. Even more unbalanced with water. (18/25)

Like many Japanese whiskies, there are few flaws to this one, except perhaps the unbalanced pepperiness. But it also does not have a lot of really engaging elements either. I am told this would go well in a cocktail or long drink, but I don’t really make or drink those regularly.

I’m glad to had a chance to taste it. I will certainly consider it in a flight for a broad introduction to a beginner.