Just brought this a 21 year old cask strength single cask Arran from a sherry butt. It's exclusive to the Green Welly Stop. Reduced from £125 to £99 I'd discussed it with @RianC when he was looking for something not too expensive over 20 years old.

It represents a little bit of a risk of a purchase as I've not seen much in the way of reviews being a limited release. But I guess no more of a risk than buying a bottle from the SMWS in that you don't really know what you're getting. It does get 91% on whiskybase but from only 2 ratings. But I feel on fairly solid ground with it being an Arran. 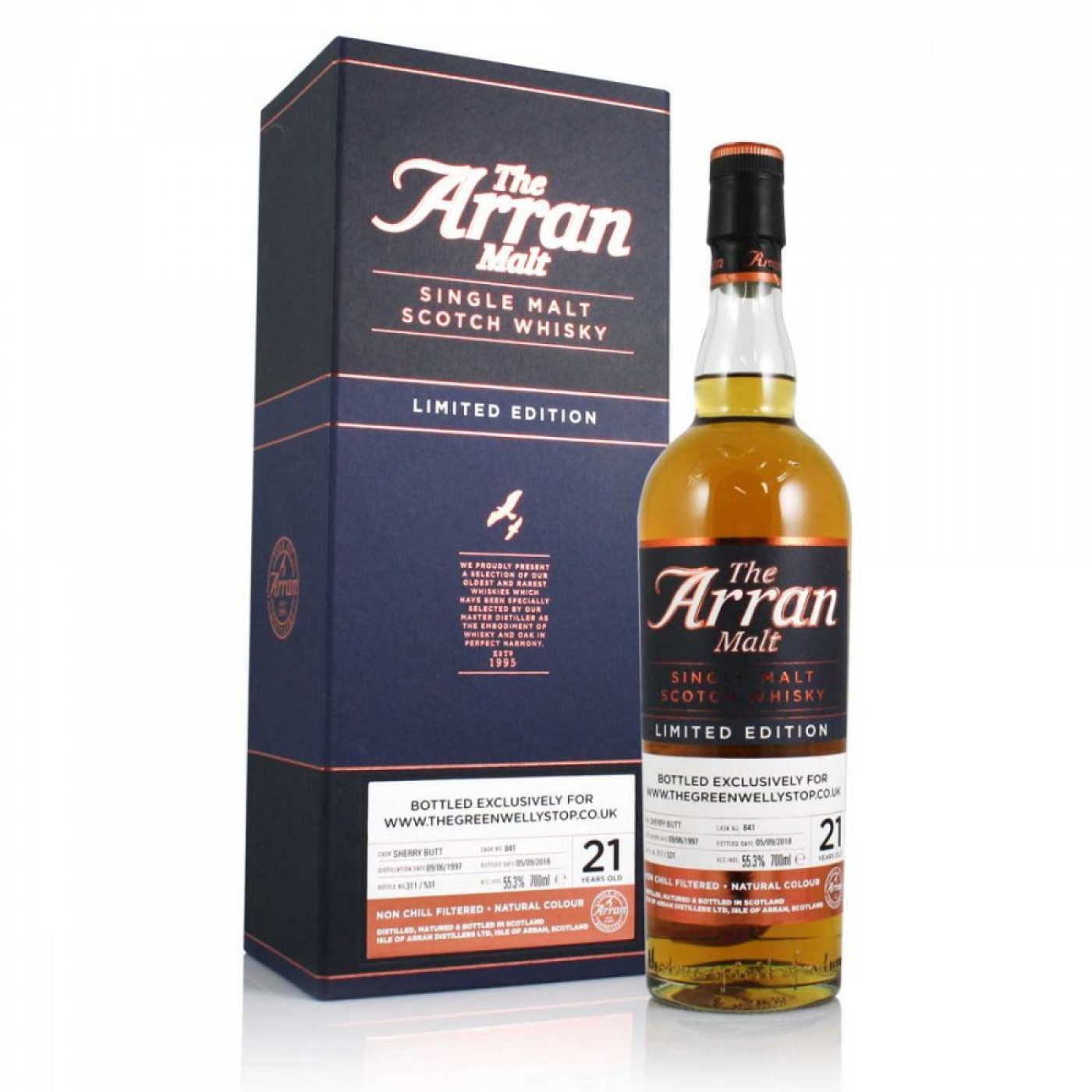 Quite excited today as I've managed to snag a bottle of the Laphroaig 10 CS batch 11 (for retail price as well!) and pre-ordered a bottle of the new Laph 16. Took a gamble on the last but my feeling is to wait and see how it is received and then decide if I want to open it or hang on to it . . .

I won't stick to this but that really should be the end to my buying for 2019!

An Exploration because that is what whisky should be about, eh? 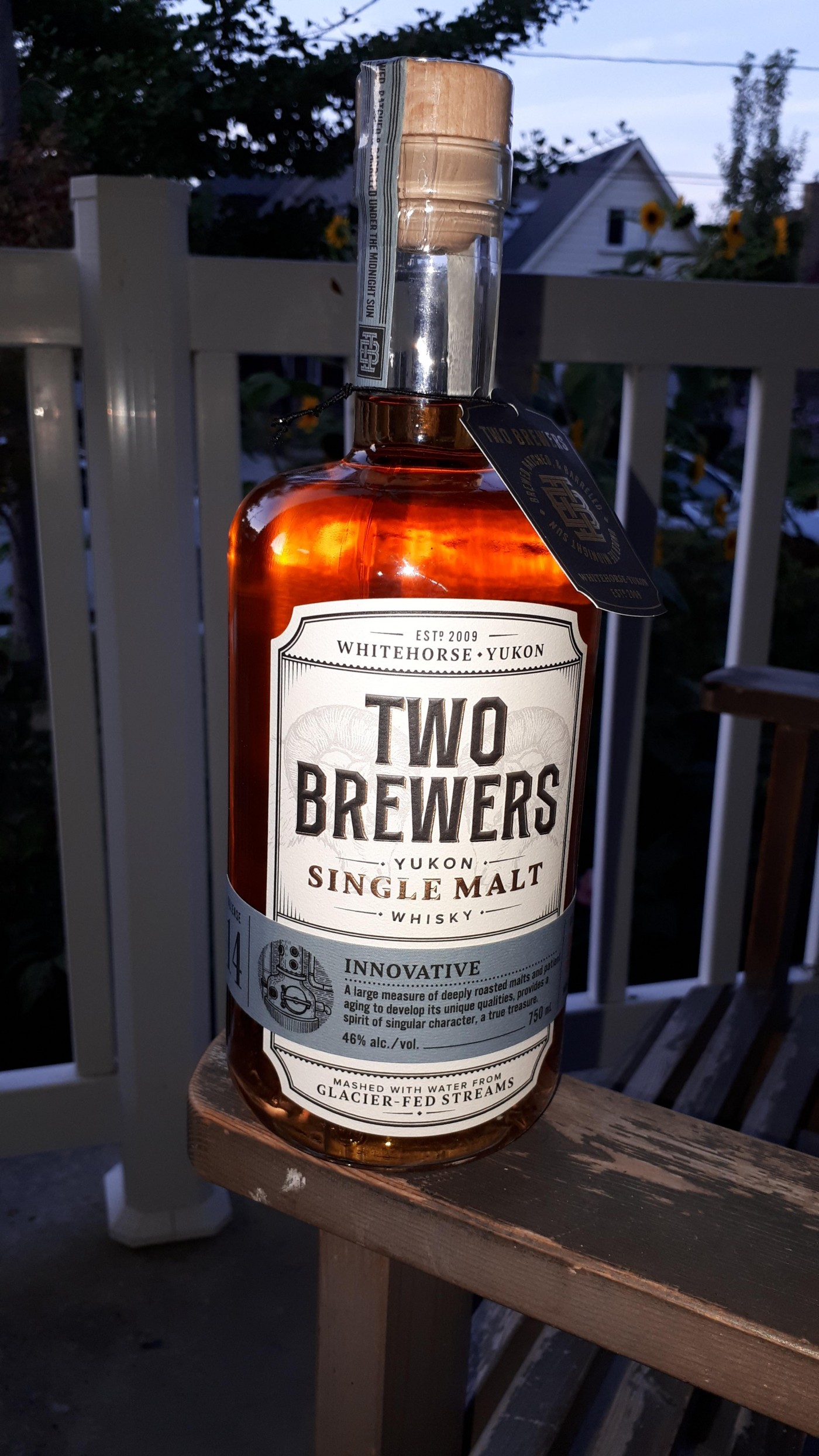 @paddockjudge Where did you get it? I don't see it locally.

I pulled the trigger today. In the summer I became aware of a new limited Amrut release matured in Madeira casks available in Calgary but priced at $155 at KWM is was above my price range (esp. at 50% ABV).

Then at the end of July, when my BIL was picking up some Benromach 10/100 for me, he sent me a photo of a couple of bottles for sale at Zyn. I focused immediately on the Naarangi which was priced at $115, the lowest I've ever seen it. Next to it, I THOUGHT, was Intermediate Sherry, expensive at $129 a bottle. It was only once he was here visiting that he pointed out to me that it was the Madeira. I tried in vain to get some. Zyn told me they were sold out and would not be getting anymore in. It was the one that got away.

Today, I happened to go on the website for another reason, and I typed in "Amrut". Up popped the Madeira expression again. This time I didn't hesitate. One for me, one for a friend (on spec), and then later when confirmed, 1 bottle for us to split.

Zyn took my money - I hope those bottles are really there and it's not a computer error!

I don't know when this will make its way to Toronto as I have no trips there planned until late 2020, but whenever, it will be worth the wait!

@paddockjudge I was quite surprised to see that you had some Old Potrero. Good going!

I haven't had a sip of any Old Potrero for a couple of years now, but all of them remain great favourites of mine.

@Victor, this may well be the first time I’ve tasted Old Potrero without you in the room. Pot distilled malted rye can be magnificent and this bottle of Old Potrero is magnificent.... a far cry from another, much older, malted rye whisky, Collingwoid 21 YO.

@paddockjudge if I owned a bottle of Collingwood 21 yo it would be one of those bottles that I would keep coming back to again and again in fascination, asking the question, "Can that possibly really taste like I remembered it?...Why yes, it does."

I have to say, though, that after being initially put off by it that I am now a big fan of Forty Creek Evolution. Thanks for giving my sister a bottle of it. The bottle remains unopened so far, but I anticipate enjoyable experiences ahead with it.

@Victor, you are not alone in your appreciation of Evolution, it does possess some very good characteristics.

When at Forty Creek Distillery for the release of Evolution, I asked John Hall to sign a number of bottles “John K Hall, the creator of evolution” for me, and he did.

@paddockjudge I find this expression evolves a bit over time after opening. Still on my first bottle

@paddockjudge I thought I would never experience that 21 year Collingwood malted Rye funk again. This Old Potrero is fantastic.

@Astroke, it is magnificent! I'm pleased to learn that you concur.

Mortlach 12 OB. Why? I liked all three of the current Mortlach standard line, 12, 16, and 20 yo when I tasted them recently in New Orleans. I found no sulphur impediment present, which, together with expensive pricing, had been my primary inhibitors from buying Mortlach in the past. This bottle cost about $ 60, tax included, so current pricing of the 12 is not a problem. The Scottish brand rep pronounced the distillery name, "Mort--lick". This amuses me..."The Lick of Death".

I am very excited to own this bottle. For the sulphur sensitive Scottish sherried malt is always suspect. It is great to find a good one. If I in future feel more flush I could enjoy going after the Mort--Lick 16 yo, which I liked best of the three. I guess I better open this Mortlach 12 yo soon just to confirm that it escaped the sulphur trap.

@Victor "Mort--lick". - "The Lick of Death" Too funny! (you know that is all I will think of now when I see this scotch!)

I’m still holding strong in my Sober September commitment, but I did buy a bottle today. A bottle of gin. I was getting my wife a bottle of white wine (Kim Crawford Sauvignon Blanc) at my small town LCBO and what did I spy with my little eye? Bruichladdich’s The Botanist Islay Gin. I couldn’t resist. I told my wife I bought it in case my mother-in-law comes over for drinks as we were out of gin and she drinks G&T. But I can’t deny that I also enjoy gin, in a cocktail (mmmmmmmmmm, Negroni) or neat.

Just a quick update. I decided I cannot just come home with two bottles of the Glen Garioch 15yo Sherry Cask, so I bought a third bottle.

I also purchased a bottle of the Nikka from the Barrel. Why? I like it and I have one away as a gift. Haha a photo of that will come later, the store wrapped it with bubble wrap so nicely I will wait until I get home to reveal it. 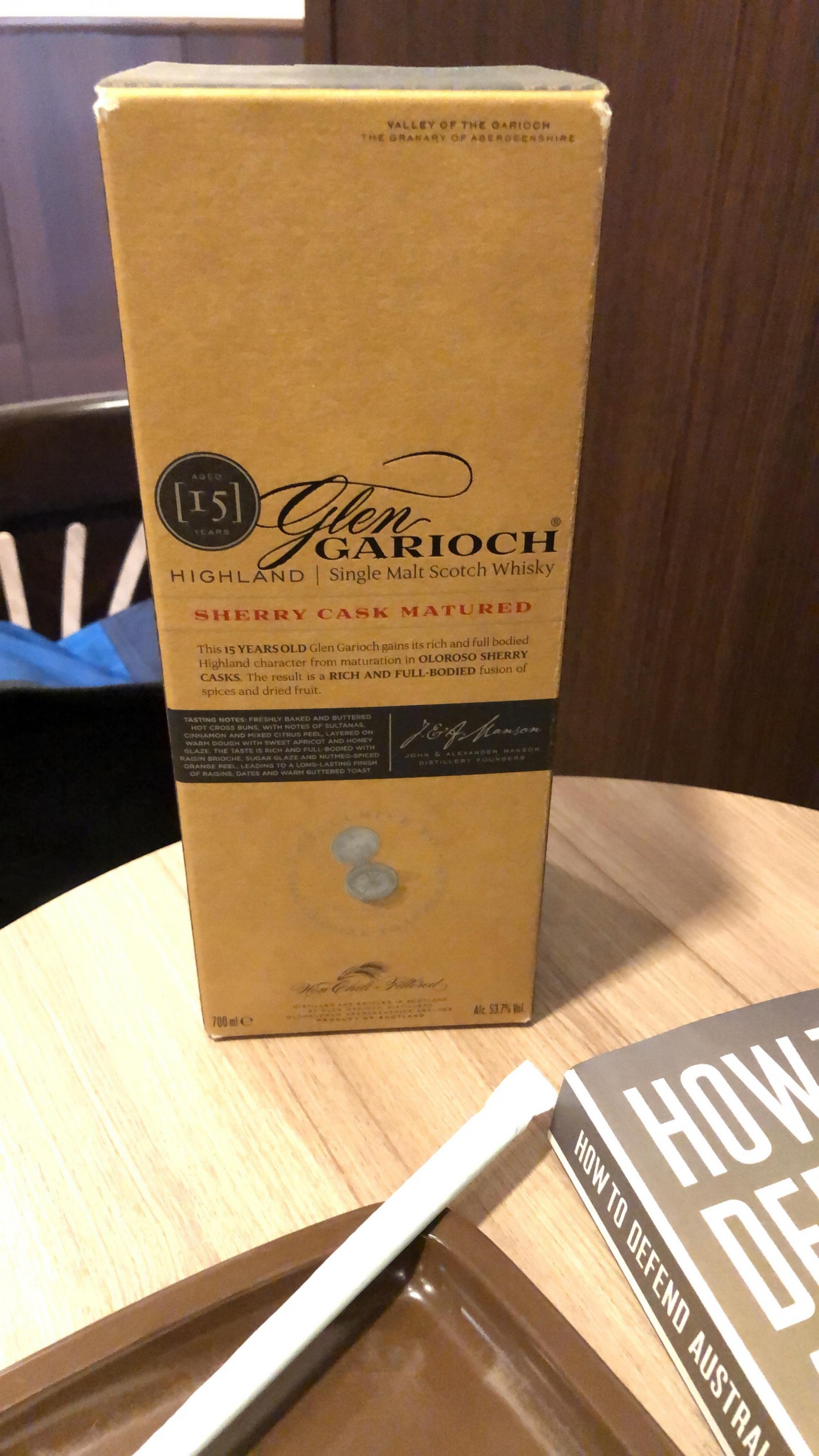 @ajjarrett did you know that Whisky Advocate magazine not long ago, within the last year, named Nikka Whisky From The Barrel the #1 best buy affordable often available whisk(e)y currently on the market?

Just got a Balvenie 14 - Week of Peat. Why? Wife got it for me when she was out!

Getting ready to head out to Germany soon. Anyone know what I should keep my eye out for in Duty Free?

I did hear something about it. I had to look for it, and I did find the YouTube video by the WA about it:

I must admit, I am glad I didn’t watch this because the two people in the video would have slightly put me off of the whisky. Haha. Well, maybe not that bad. In the video they stated it was selling around $65, I guess they are referring to USD. That was last year, and I think it has gone up a bit. Also it appears that the availability is quite low. I am also not sure if they were referring to the 50cl or to a 75cl bottle. Anyway, I got my two bottle here for a little over 2700 JPY, per bottle, which is almost $25 USD, and the bottle size is 50cl. I think it is a good deal. I hope they don’t increase the price here.

@ajjarrett whisky distribution is variable and fickle. Nikka Whisky From the Barrel appears to be much more scarce and expensive in the USA than almost anywhere else. I've never seen Nikka From the Barrel in my region.

@ajjarrett you are clearly a man of elegance and refinement. What are you doing hanging around with this Connosr crowd?

@Victor I thought it was only me but I have not seen Nikka Whisky From the Barrel in my area either. I need to see if some of my relatives in other areas can locate any.

@TracerBullet your area is our area, though I expect that you know a few shops out closer to you that I do not.

@Victor Very true. There is a shop close that I have not checked that usually has a pretty good selection. I'll have to drop in and check.

Looking at the Pennsylvania liquor website, Nikka From The Barrel can be ordered through their website for $70 plus shipping and state taxes. There appears to be 186 available.

@DaveM thanks for the information.

The 16 finally arrived and looks happy to be with his younger brother. I can't express how happy I am to finally grab a 10 CS and it will be opened when the baby is born (which is happening very soon all being well!).

The 16 has a few solid reviews on WhiskyBase already by some more trusted reviewers so I am considering getting another before they're all gone! It's not stated as NCF either but is, as thought, from 100% first-fill ex-bourbon barrels. This could be excellent!

5 months ago 9Who liked this? 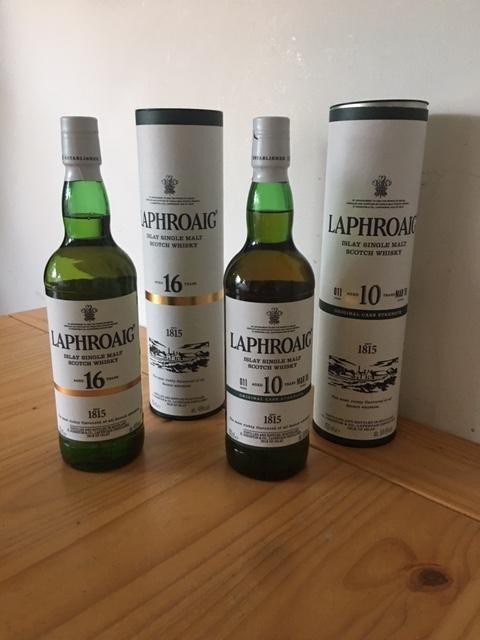