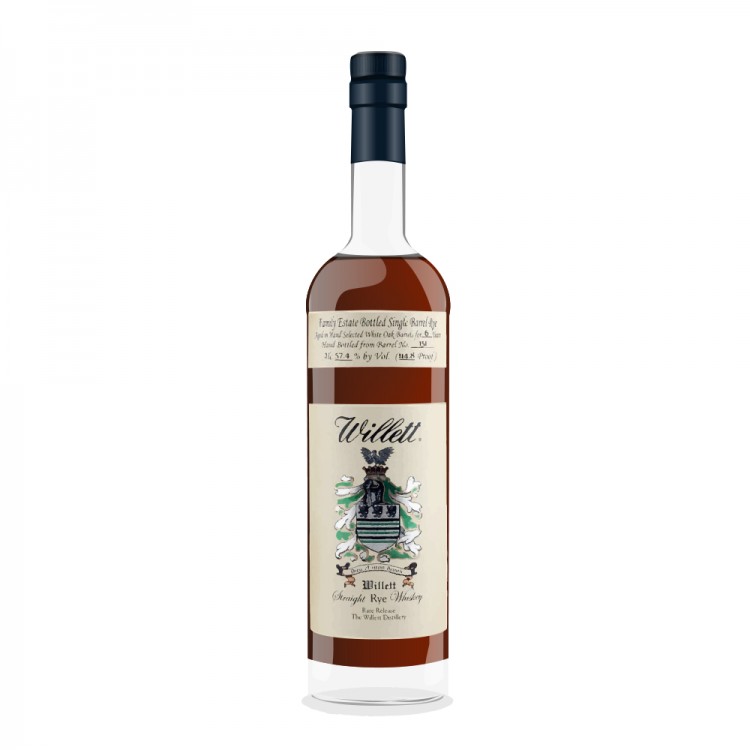 The first Willett distillery was established in Bardstown/Kentucky in 1936 by the Willett Distilling Company that was owned by the Willett family who had been based in Bardstown since the end of the 18th century. During the energy crisis of the 1970s, when the bourbon industry fell on hard times, the distillery switched from producing whiskey to producing ethanol for gasohol fuel. This strategy soon failed when fuel prices returned to lower levels, and the distilling facilities were shut down in the early 1980s. The Norwegian Even G. Kulsveen (who had joined the Willett family by marriage) purchased the company and distillery in July 1984 and renamed it to Kentucky Bourbon Distillers (KBD) Ltd. For some time, KBD continued to produce bourbon from the aging barrels that the Willett distillery had produced before they had stopped distilling. However as time moved on, KBD increasingly began to operate as an NDP (non-distilling producer), bottling and releasing bourbons and ryes that had been distilled at other distilleries. One of their highly esteemed brands are the "Family Estate" single barrels that come in an elegant bottle with the original family name and crest. Some of these Family Estate whiskies were from Stitzel-Weller or Old Bernheim, but many were younger whiskies from the Midwest Grain Products (formerly Lawrenceburg Distillers Indiana) facility. This particular bottling is a 4-year old single barrel rye whiskey, bottled from barrel no. 102. In 2012, the Willett family established the new Willet distillery, which means that we should be able to enjoy their new product(s) in the not-too-distant future.

The nose begins with a load of rye that hits you right away, together with an onrush of mint. It takes a while to get beyond these two main flavours, but after a while there are notes of vanilla, cinnamon and leather, followed by some soft wood spice. What a super bold and assertive nose!

The palate is medium-bodied and spicy, yet very smooth and mouth watering. There are again delicate flavours of wood spice, then vanilla, mint, and some grassy notes. After a while the cinnamon creeps back in, together with faint notes of dark fruits.

The finish is long, very warming and rather oaky. There is more vanilla, together with notes of – again – cinnamon and oranges.

This Willet Family Estate rye was altogether a stunning experience. Despite the big, assertive flavours it was incredibly smooth on the palate and very, very drinkable. It has got punch and a nice texture, and yet it is fruity and almost sweet. And it definitely smells and tastes older than four years. What is more, this time I did not mind the mint flavours at all. Just thinking that this was “just” a 4-year old and that there are older expressions out there in the market, like 24-year or 20-year old ones, makes my hair stand on end. This was and is absolutely stunning rye whiskey. Bravo, bravo!

END_OF_DOCUMENT_TOKEN_TO_BE_REPLACED 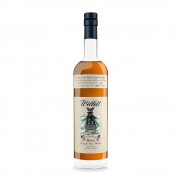 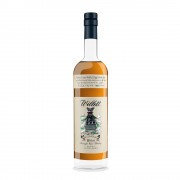 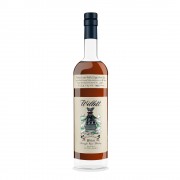 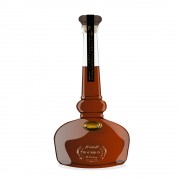 END_OF_DOCUMENT_TOKEN_TO_BE_REPLACED

Another spot-on review, @Pierre_W. I'm about halfway through my bottle of the 4 year old and It's fantastic. I'd previously bought the 3 year old, which was also excellent, and an interesting contrast to the 4. Haven't tried any older ones, but I'm also very, very curious. Shame they're so tricky to track down...

Thanks for your comments, @hunggar. They indeed are difficult to track down, and I believe I got the only Family Estate bottle in the whole of Switzerland. This is superb stuff and I would LOVE to try more of it!

Lovely review, @Pierre-W. I am very glad that you were able to find some Willett Family Estate Rye to add to your collection.

It is worth mentioning that the pattern for Willett/KBD for the last 25+ years has been to acquire distillate from other distilleries, and then do their own aging of the ryes and bourbons. I believe that the great genius of KBD is in their excellent cooperage and in the tremendous good taste of their staff in discerning when the whiskies are at their best for bottling. They age their products brilliantly.

Yesterday @jonathan dropped by my house to visit while on one of his whisk(e)y-buying trips to my county from 40 miles up the road. He picked up a bottle of the $ 65 Uigeadail, but in addition he made sure that he also picked up a bottle of the Willett 2 yo Rye which is the first whiskey KBD has released from its re-opened distillery. He brought down for us to taste, among other things, a 7 yo Willett Rye from barrel # 99 which he had recently bought in Baltimore. WELL, I've been on a bottle-buying embargo for many months, but after I tasted some of that Rye I handed him cash and asked him to pick me up a bottle of that same juice. Barrel # 99 is easily as good as the best Sazerac 18 yo, and at a much higher proof. I cannot easily walk out and buy a bottle of Sazerac 18, but, hopefully, I will soon own a bottle of that excellent Barrel # 99 Willett Rye.

It always warms the cockles of my heart when people discover excellent rye whiskeys.

Glad to hear you liked the review, @Victor. I am very curious to hear how you will like that new 2-year old. May we expect a review within these pages at one point in time? Also good to know that barrel #99 is a winner, not that I have seen anything of it over here in Europe.

Thanks for the informative review of this rye. After your description, I'd very much like to taste it. I'm looking forward to seeing what Willet will do with their own distillate. @Victor : It looks like I'll be picking up a second bottle of that Willett, and I'm not usually one to bunker bottles.

@Pierre_W, the Willett 2 yo Rye came out here about a year ago, and is now becoming in short supply locally. I did review it:

As I said in the review, I would not have believed how good it could be at 2 years old if I had not tasted it for myself.

Does your reviewed bottle say that it was distilled in Indiana? If it was, then it should be printed on the label. It is true that a large proportion of the younger Willett Family Estate Ryes were made at MGP.

Pierre, you may have read it from me before, but one of the old Willett Ryes, a 23 yo, from barrel # 11, named The Iron Fist, is a Holy Grail Whisk(e)y for me. I've sampled it 5 or 6 times, but that was a year or two after the private barrel was distributed, so I've never seen a bottle for sale. The first time I tasted it I just involuntarily doubled over in laughter...WHAT THE HELL WAS THAT?...It tasted like nothing I had ever had in my mouth, but wonderful, very very wonderful. At least two other people I know, independently, had the exact same reaction I did. I saw that a bottle of it was auctioned off in February 2015 for about 2,100 Euros.

@Victor, thanks for sharing the link to your review. I somehow recollect having read this last year but failed to make the connection when we spoke about the 2-year old within this discussion. Looks as if the guys at Willett know what they are doing. I would like to lay my hands on every bottle I can around here but my guess is that not many bottles make their way out of the US. This clearly is spectacular stuff that the producers can be proud of.

@Pierre_W, if you occasionally make your way over to Japan there are several different Willetts to be found there. That's where I sourced my 6 yo bourbon (with the help of @Canadianninja). If memory serves, they had quite an impressive line up of Willetts. I'm not sure if that's still the case today, though.

This is good to know, @hunggar, I had not been aware of that. Thanks for the heads-up. I might again be going this year, probably around October/November.