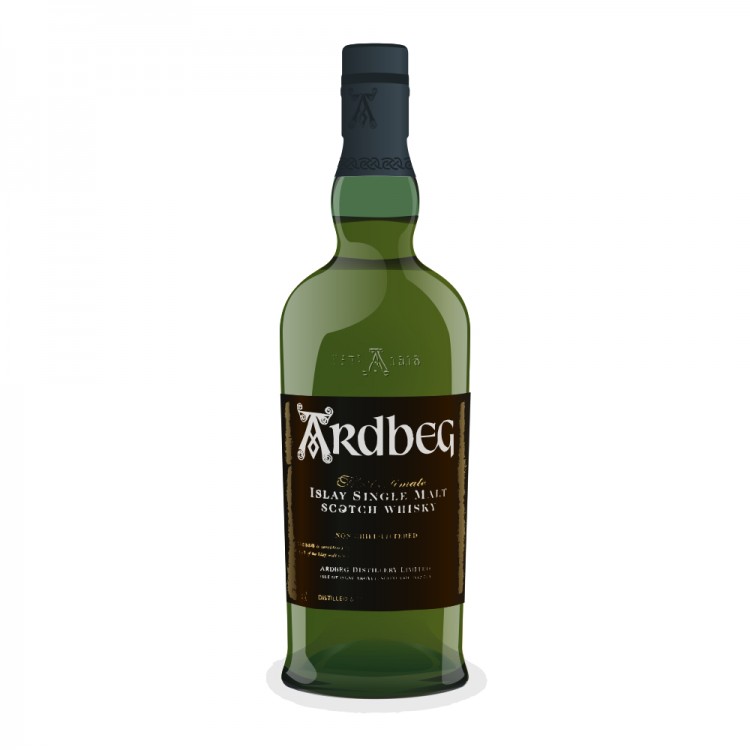 A visit to some friends in the western Chicago suburbs last week culminated in a stop at a never-before-visited Binny’s outlet in Downers Grove, where I picked up this little gem of an independent bottling. Chieftain’s has released several 1998 (and a few ’99) Ardbegs, usually at 46% ABV, and nearly all of them have been well-received. It would seem that the folks at Ian MacLeod/Chieftain’s took advantage of the small window of opportunity to grab some choice casks shortly after Glenmorangie’s takeover/resurrection of Ardbeg in 1997. Since then, with the exception of some SMWS releases, there have been precious few Ardbeg IBs with a post-2000 date.

This Binny’s-exclusive bottling (from cask 1797) is a hefty 56.8% cask-strengther that, while not especially “Ardbeggy” in nature, packs a flavor wallop nonetheless. Its slight drawback is that the overwhelming heat threatens to obscure the flavors, but a little extra tongue time tames things. Despite the cask strength, more than a couple of drops of water send the nose and finish into the Land of Bland, so I’ll accept a bit of fire in exchange for a more satisfying overall experience. Notes based on my fourth dram from a bottle that, admittedly, hasn’t had time to settle yet.

Nose: The peat’s there, but it’s not at the forefront as you might expect from an Ardbeg. It’s also a sweeter, more lemony sort of peat, such that I might have guessed this was a Lagavulin if nosing it blind. There’s plenty of sea breeze and a hint of grasses and flowers, plus a strong component of the baked ham with strawberry glaze that I made last Easter. A round, warm, and satisfying nose with much less alcohol bite than expected from a strong whisky.

Palate: Oily and stingingly hot for several moments, but let it settle for the sweet peat and some vanilla to help smooth things over. The peat turns smoky as some salty fish, doused with malt vinegar, begins to emerge. There’s also caramel, burnt pound cake, and dark chocolate. It’s a strange combination of flavors that shouldn’t work well together, but they cooperate well. Once they send the heat into retreat, that is.

Finish: The smokiest and peatiest part of the experience, with some more odd-yet-not-unwelcome flavors tossed in the mix: orange peels, tomatoes, iodine, bananas, coffee, and the first traces of the refill sherry casks. Turns a bit bitter at the tail end, but it’s slight and takes a long time to emerge.

A fine whisky, but don’t expect something characteristically Ardbeg. It’s a bit all over the map in terms of flavors, strength, and heat, rendering it challenging and enjoyable in equal measure.

END_OF_DOCUMENT_TOKEN_TO_BE_REPLACED 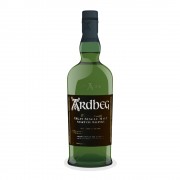 END_OF_DOCUMENT_TOKEN_TO_BE_REPLACED

I have this bottle as well. I totally agree on your notes. It is very smoky and does turn a bit bitter at the end. I had high hopes for this guy. I have taken a number of tasting notes since I have had the bottle. It started out around 92 for me. Then it was 90 and now about an 89 (it has been open for a year now). When I noticed the drop off I quickly decanted it into a half bottle. Now it is about time to go down to 200mL.