Average score from 0 reviews and 0 ratings ~ 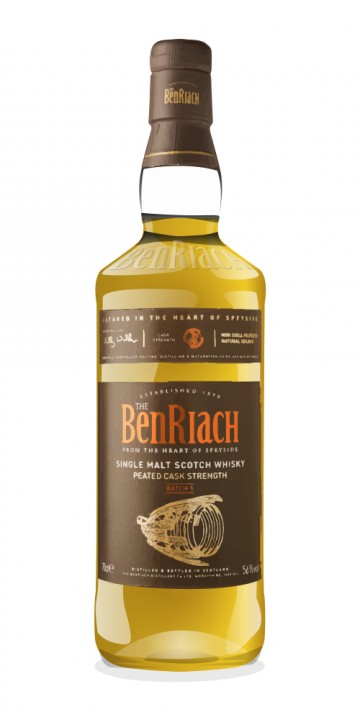 March 2017 sees the release of a cask strength BenRiach. With no artificial colours and no chill-filtration this is surely peated Speyside as nature intended. Speyside isn’t known for its peaty malts but BenRiach have been producing them for some time.

Founded in 1898, BenRiach has only operated for fifty two of its hundred and nineteen year history. It was first mothballed in 1900 only two years after initially opening. It remained dormant for the next sixty five years. After reopening in 1965 it changed hands several times before falling silent again in 2002. In 2004 it was purchased by and independent consortium and began releasing single malt under its own name - previously its output had been destined for blends.

This cask strength peated single malt is the latest addition to a growing catalogue which reflects the distillery’s progress. Your reviews of Benriach Peated Cask Strength are welcome here.