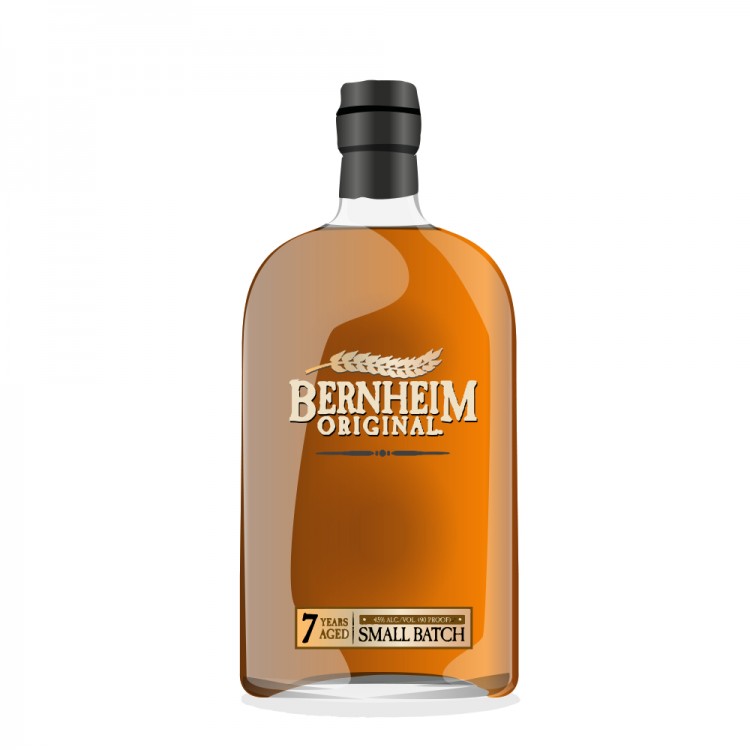 I purchased this bottle for two reasons: the great looks and the name (as I live in Bernheim Avenue, altough the Bernheim of my street has nothing to do with Bernard Bernheim of the distillery, but it's a nice thought). I have tried several bourbons and wheat & rye whiskies before, but this is my first straight wheat whiskey.

That shouldn't come as a surprise, for Bernheim Original is the ONLY straight wheat whiskey on the market. It was introduced in 2005 and - as far as I was able to ascertain - quite a following. It's full name is Bernheim Original Kentucky Straight Wheat Whiskey.

Bernheim Original exudes quality when looking at it. On the nose it's butter initially, then gently turning to toast and some spiciness. Makes you feel like standing in the bakery on a Sunday morning, ready to take home some croissants. Appetising!

On the palate, it's softer and less syrupy than one would expect. You immediately taste oak and buttered corn with a hint of toffee. But no bite at all, despite the spices obvious in the nose. This is a very soft whiskey.

The finish is very clean, but unfortunately very short as well.

This is a very sweet and mild whiskey with no bite at all. I like it a lot!

END_OF_DOCUMENT_TOKEN_TO_BE_REPLACED 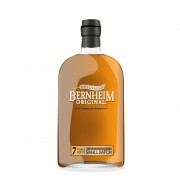 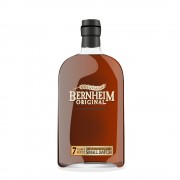 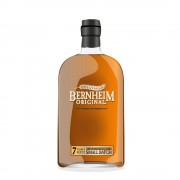 END_OF_DOCUMENT_TOKEN_TO_BE_REPLACED

I up picked a bottle this weekend and couldn't agree more. The only flaw with this is its ease of drinking and possible ramifications thereof.

I agree. It's a marvelous sippin' whisky. Introduced it to my brother in NH and a friend in MD. They had not tasted it, and it's not available in NH or MD. Didn't find it in DE, where I was recently. It's now available in VA ABC stores for $23 a bottle, including tax, through Aug 31. Normally sells for $24.95 plus tax here. And it is extremely easy to drink, even in the hottest weather. I prefer it with just a drop or two of water.

Had to google, but learned something..

@review: Very interesting, didn't know there is a straight wheat whiskey out there.

Ah, sorry Wills. Just using the standard USPS abbreviations for the states. Still, it is neat to learn something, whether about whisky or about where the whisky is available and for how much money. I keep telling my 7th and 8th grade students that the day I stop learning (about anything) is the day you can bury me, because I'll be quite dead. Kinda reminds them we never stop learning, which is an important life lesson. BTW, apparently the Bernheim wheat whisky is available in MD in the Montgomery County ABC stores. Know it's not available in Annapolis,MD, where my friends live. Don't know if it's available in your area. Hope you find some, at $25 or less the bottle.

No Problem @newlad56. Like many US whisky I can't get this one so cheap like you can. I'm from germany, starts at 50€ here. Maybe later, but I'm putting this one on my list.

@Wills, I can always send you a sample if you would like to give it a try before buying it. If interested, PM me.