Average score from 1 reviews and 6 ratings 84 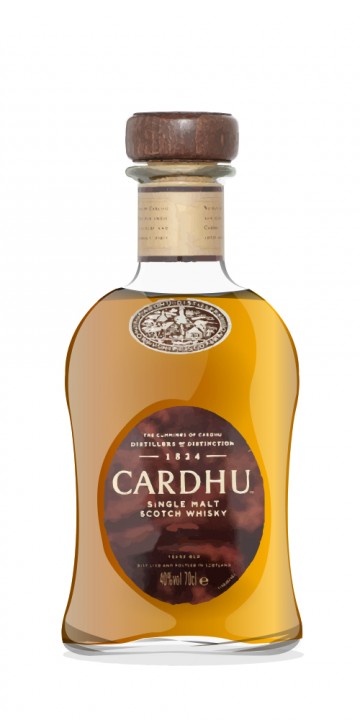 Cardhu, for years the heart of many Johnnie Walker blend. But now commonly known as one of the more affordable supermarket single malts, mainly due to its NAS releases. Luckily it is not yet there at the bottom with the Singleton, but from my frequent conversations with newcomers it appears that it is hurting its reputation. By which I mean that after trying a bottle most of them are not motivated enough to climb the Cardhu ladder, but instead quickly shift to other whiskies. A pity, as Cardhu is a distillery with a rich history and distinctive Speyside profile.

So let’s try to turn the tide and find an inexpensive NAS official bottling from Cardhu that is well worth the try according to the critics: enter the Cardhu Special Cask Reserve (as if a ‘normal’ reserve wasn’t special enough).

Nose: I believe it is best described as ‘orange wrapped in leather’, but such a short description won’t do these days. If you put in some effort, you might just distinguish sidenotes of banana, cacao powder, hazelnuts, with just a vague trace of mint.

Finish: on the short side, mainly dark bitter chocolate.

Verdict: distinctive profile?, judging by the nose we’re dangerously veering off into Jura territory. With the slight difference that Jura is anything but light bodied. The whisky suffers from the common 40%er feebleness, but a decent dram non the less. I would not necessarily recommend it, but it is satisfying enough to keep faith in Cardhu as a good distillery.