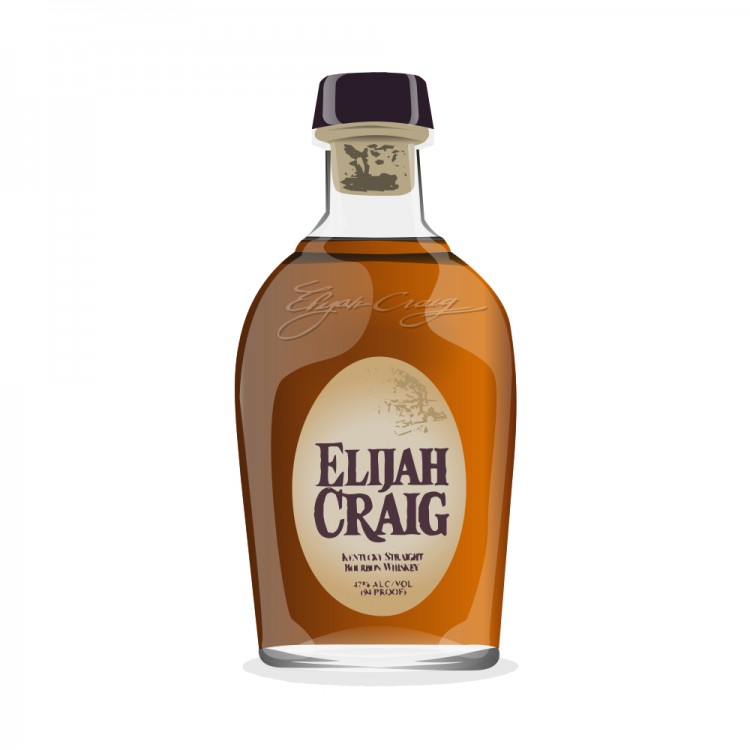 This is a review of Elijah Craig 18 year old rye mashbill bourbon, single barrel # 2726, barreled 9-14-90. Elijah Craig is a brand distilled at the Heaven Hill Distillery in Bardstown, Kentucky. Elijah Craig was an actual historical preacher/distiller who has some mythos associated with his reputation, such as the invention of the use of charring of barrels for bourbon whiskey aging. In addition to the 18 year old single barrel expression there is also an Elijah Craig 12 year old bourbon.

Nose: Pleasant fragrant sweet maple, honey, rosewater,carnations, vanilla, and a little caramel. This is a delicious nose, and is quite similar to the nose of many of the best Willett Single Barrel bourbons.

Taste: Sweet, sharp, crisp well-defined sweet maple and oak. This is high-pitched and pleasant, not dull and heavy as long oak-aging can often be. Strong rye spice flavours develop and reveal themselves after about 4-6 seconds. The taste is piquant and well-defined, like a good cognac.

Finish: the flavours stay strong and long with all elements remaining until the end.

Balance: the balance between grain flavours and wood flavours, and also between sweet flavours and tart sour flavours, is excellent. I have had this bottle open for about 2 years, mainly because I like it so much that I don't want to see the end of it. In that time I have seen very little migration or shift in its flavours, compared to many other whiskies, and especially compared to many other bourbons, which often shift flavours quite a lot with an open bottle. The full desirable flavours from this whiskey were available from the first opening of the bottle. This is a single barrel product, so there will be variability between its flavours and that of the bottles of other individual barrels named Elijah Craig 18 yo. In 2005-2006 there was a lot of on-line chatter about some early bad bottles in this series. That was a long time ago and I have not encountered that problem with recent reports from others who have tried this whiskey. I would highly recommend this whiskey to anyone. It is one of the most elegant and refined bourbons I have encountered, and is also very good value for its usual price point.

END_OF_DOCUMENT_TOKEN_TO_BE_REPLACED 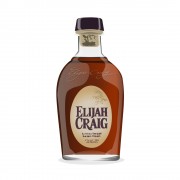 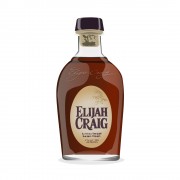 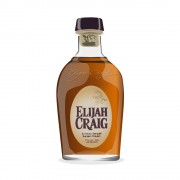 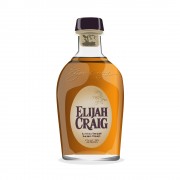 END_OF_DOCUMENT_TOKEN_TO_BE_REPLACED

Victor, Two things: Your advice about bourbon sales in Montgomery County, MD was spot on. I mentioned to Bill, at Heaven Hill, that I had purchased Elijah Craig for $14.99 in Silver Spring. He said, "They're selling it for less than cost!" Similar bargain on Knob Creek for only $21.49. Sampled EC 18 at the distillery and was tempted to break my pledge of buying only sub-$30 bourbon until I have tried all of them in that price range. Feared that EC 18 might be too woody after all that time in the barrel. Not to worry. It was superb! As usual, your review is as "elegant and refined" as the bourbon. Thank you for your on-going participatin in this forum.

@flyfish, I am glad to have been of service to you.

@Victor, thanks for another informative review, and a good read ... looks like you are dusting off the cobwebs :) This was also a catalyst for a quick and interesting afternoon comparison: EC 18 vs Eagle Rare 17, Vintage Bourbon 17, Pappy Van Winkle 15, Jeffersons Reserve (15) and Jeffersons Presidential Select 17. George T Stage & Noahs Mill, though within the maturity range, are way higher in ABV ... so not fair contenders.

My EC 18 has been open for over a year, and my previous notes describe it as one of the best ... but preferences vary every day. So of all these magnificant bourbons, what are the winners today?: we have co-winners: Pappy Van Winkle 15 (wheated) and Vintage Bourbon 17 (also the best nose). But EC18 and the other elite bottles, are right up there as well, and might be the winner tomorrow :)

@Victor, thanks for the provocation ! Which ones of these, among your others, are your winners ?

@AboutChoice, I am not in possession of any of the Jefferson's expressions, and though I may have tasted the Jefferson's 15 once, I don't remember it well enough to comment. Also, I have tasted the Noah's Mill repeatedly, but don't own a bottle. That said, I will now do a 'live' retasting of Pappy Van Winkle 15, George T. Stagg (2010), Vintage 17 bourbon, Eagle Rare 17 (2010), and Elijah Craig 18 just for you. Done. They all taste good. Such excellent bourbons! In the current mood I am in, I am most enjoying the Elijah Craig 18 and the Eagle Rare 17. On balance, the one I usually crave the most and the most frequently here is the Pappy Van Winkle 15 (I snagged a bottle today, coincidentally). Normally I would prefer them in roughly this order: PVW15,Stagg,EC18,Eagle Rare 17, Noah's Mill, Vintage 17. I wish I could taste your Vintage 17 to see whether mine is very similar. Your bottle could be better than mine.

Finally, note that Jeffersons Reserve has a dry and nutty character, which I love, and has quite different genes from the pricey Pres Select, for which the jury is still in tasting.

Thanks for the impromptu tasting, which I know was above and beyond the call .. :)

Attn Connosrs! EC18 is disappearing fast. If you want it and know where to get it, best to get it now. Heaven Hill is putting out a new 20 yo EC and charging three times the US price of EC18 for it. Where I live there is no EC18 left in stock. The distillery at Bardstown burned to the ground 16 years ago, so theoretically they could still be aging some EC18 for future release for the next couple of years...or, the empty shelves now could imply that they are happy to release what would have been EC18 as EC20 at triple the (USA) price. A word to the wise. I am very glad that I have put aside several bottles of this.

Thanks for the heads up! This stuff is too good to live without...

Victor, thanks for the heads-up about the EC18. And to think I picked up mine on a whim at the super market a couple of years ago, just because it looked interesting, and at a great price ! Been way too busy here lately ... nothing bad (just work), but hoping to get a life back soon :-)

This is one of the bourbons I've always wanted to grab, but I can never find. Last I saw it was going for $130 or so over here not counting shipping, but I think after this review Victor that I'm going to have to go and buy it :D

I finally finished off the reviewed bottle of Elijah Craig 18 yo, barrel # 2726, a couple of weeks ago. After about three years the air had finally gotten to it, and the taste was going off. It was a wonderful friend, though, and I still have yet to throw out the empty bottle. I don't get that way about very many of my empties. "Soon", I tell myself, I will be able to part with the fond memories that looking at that bottle gives me.

A quick note on my comment from 22 June...digging around the Binny's site revealed that Binny's had been selling the EC18 for $50.

Around here, when there was some, Elijah Craig 18 could be had for about $ 37, tax included.

I just picked up 2 bottles of the EC18 barrelled in Dec 1978 from Barrel 204 - the best part is I only paid $29.95 for them. That's cheaper than you can buy EC12 in these parts. Information about that vintage is hard to come by - before I open them myself to taste I'm curious if anyone else has tasted these early barrels.

@WhiskyRI, congrats on getting those very early bottles of EC18. The price was certainly great. I haven't tasted any of the very early barrels myself.