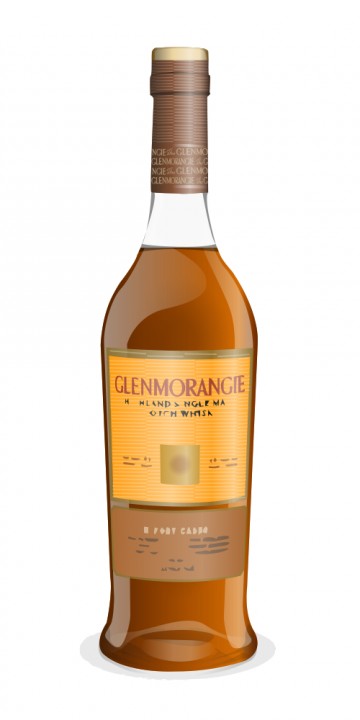 There are few whiskies that you can seldom go wrong with and Glenmorangie is one of them. So when I picked out the increasingly rare Finealta off a friend's shelf I already had fairly high expectations.

The nose is soft smoke with sherry undertones mixed in with vanilla and fruit drops. This is followed by a touch of honey and some crushed red grapes. Finally a handful of roasted chestnuts give the nose a nice layer of complexity.

The full bodied delivery is cinnamon spicy at first and then a nice caramel and treacle sweet next. The slightly smoky oak then weaves in quite expertly and brings with it a deft minty touch.

The medium dry finish is a very nice mix of minty leaves and oak shavings.

This quite closely matches my first impression after finally getting my hands on some. Thanks for this review; my review will come but probably not add too much more!

Last year, this Glenmorangie was announced as an ‘exquisite recreation of Glenmorangie based on a recipe dating back to 1903’. Let us face it: that sounds very exclusive (and sets off my ‘premiumisation’ alert). It is slighty peated, even, like Glenmorangie was made at the end of the 19th Century (really?). I tasted it last year at a festival in Belgium and brought home a sample to retry it today.

The nose is definitely a far cry from anything Glenmo I have tried before. It has a lot of depth and is rather dry. Almond paste, camphor, roasted nuts, chicory. Is this even Glenmorangie? What a disguise! Leather, white pepper and a touch of caramel. White chocolate. And peat? Well, maybe. With some good will. Be that as it may, this is a very atypical but rather enticing nose!

The attack is creamy and round. Very feisty now, with a whole mixed bag of peppers (you know, like the little flask that allows you to mill yourself, containing white, red and black peppers) and ginger. Some orange marmalade, touch of bitterness and something sharp. Like lemon eau-de-vie. Something dusty also, that transports me to the attic.

The finish is medium in length and drying, with an emphasis on ginger.

The nose was outstanding, the palate more or less ok. All in all a rather unusual, but pleasant Glenmorangie. The name Finealta, by the way, is Gaelic for ‘Elegant’. It will set you back about 70 EUR though, which I find somewhat expensive.

After this saturday with Autumn elements on the Winter season, I took for my Nightsleep rest a good dram from again yes...the great Glenmorangie, this time the fantastic Finealta.

This wonderful piece of Art, is kind different than other Glenmorangie's. The nose telling me that there are some minty notes, woody and a bit smoke in it, with some citrus in it on a far distance. The taste brings the old flavours of Glenmorangie above, but different in a kind of way. Bit spicy, orange fruits, sweet sugary alike, like the other fabulous creations of Glenmorangie. But the finsh is long with smoke, woody and floral elements in it.

Again a higly recommended dram! Hopefully you can find a bottle, I know that this fantastic whisky is rare and hard to get these days.

Yes, it is a very great dram this Finealta, quite different than the other Glenmorangie's. It have some smokey elements in it, very nice.

I hope that you can find a bottle, cause the Finealta is hard to get. Let me know if you get one!

Nice notes. I've never tried this but will add it to my wish list. Sláinte!