There are many threads devoted to the many joys of our whisky community. But sometimes our community experiences a loss, and I think we should have a thread where we can share on these (hopefully) rare occasions.

On November 23, Connosr lost one of its own, but I lost a brother in law (who was more like a brother) and a dear friend.

@Nosebleed chose his handle as a humourous adaptation of Nozinan. He wasn’t very active on Connosr itself but many of our Canadian members (and at least one US member) have benefited significantly at one time or another from his hunting skills. Most notable among his finds were 8 bottles of Mac CS for $73 out the door (at a time when the Whisky Exchange was selling one for 125 GBP), and more recently the last 7 Amrut IS in Calgary for under $100 Canadian. There were many others over the years.

Every time I visited we would go to some of the best stores, but we also scoured the smaller independent stores for some great finds, including a number of excellent dusties. Several other members were fortunate enough to have met him, either at Spirit of Toronto one year or at a family function.

He was certainly a great person to have a dram with, and we tried a lot of new whiskies over the years. But I feel the need to make it clear that I’ve known him longer than I’ve been into whisky. When we met I hadn’t even dreamt of owning a bottle of whisky. My relationship with him went way further than whisky. As much as I like this hobby, it was insignificant compared to everything else in our relationship. If anything, he enhanced my enjoyment of whisky, but we often got so busy with other things that it was placed on the backburner.

But this is a whisky site.

My wife has been in Calgary helping to support her sister and is returned yesterday. A few days ago her sister said she wanted to get rid of his collection and were there any bottles that her brother in law might like? So my wife and I face-timed and she showed me the bottles. I pretty much knew what we would find. A couple had nothing to do with me, but most of them were linked to me in some way.

Like the Johnny Walker Blue. Bottled a few decades ago at 43%, it belonged to our father in law who gave away his whiskies when he had a stroke about 10 years ago. It took a while for me to convince him to take it, and I got a JW Swing.

I also saw a lot of bottles that I or @paddockjudge and I had gifted him over the years, as a thank you for all his efforts. (I didn’t see the bottle of Baker’s you gave him out of gratitude for the Mac CS but it is probably there somewhere…)

My wife was ready to bring back 8-10 bottles but I suggested a few that my niece and one of his friends might enjoy. I also suggested the JW Blue might be nice to give to one of the kids in the future (since it was their grandfather’s) and one or 2 other bottles that either have or might appreciate in value. In the end, she came home with the following:

I have also removed 3 bottles from my “active” collection to join these three. Canadian Rockies 21 (which he hid in my cabinet on a visit a couple of years ago), Wiser’s Red Letter (there were three and he brought 2 over for @paddockjudge and “oops” there was a third one in his suitcase), and a store exclusive single cask Tullabardine (Crowfoot liquor), one of the first bottles I ever received as a gift from him.

I think that I will open either the Nadurra or the Tullabardine in his honour at a special time. Ideally it will be the next time I can get together with my Connosr friends in person, and we can toast his memory. If not, then maybe on his birthday, or anniversary, or another day I am thinking of him.

Not yet though. Whisky is supposed to be fun. And I don’t think I’m ready to have fun just yet.

4 months ago 16Who liked this? 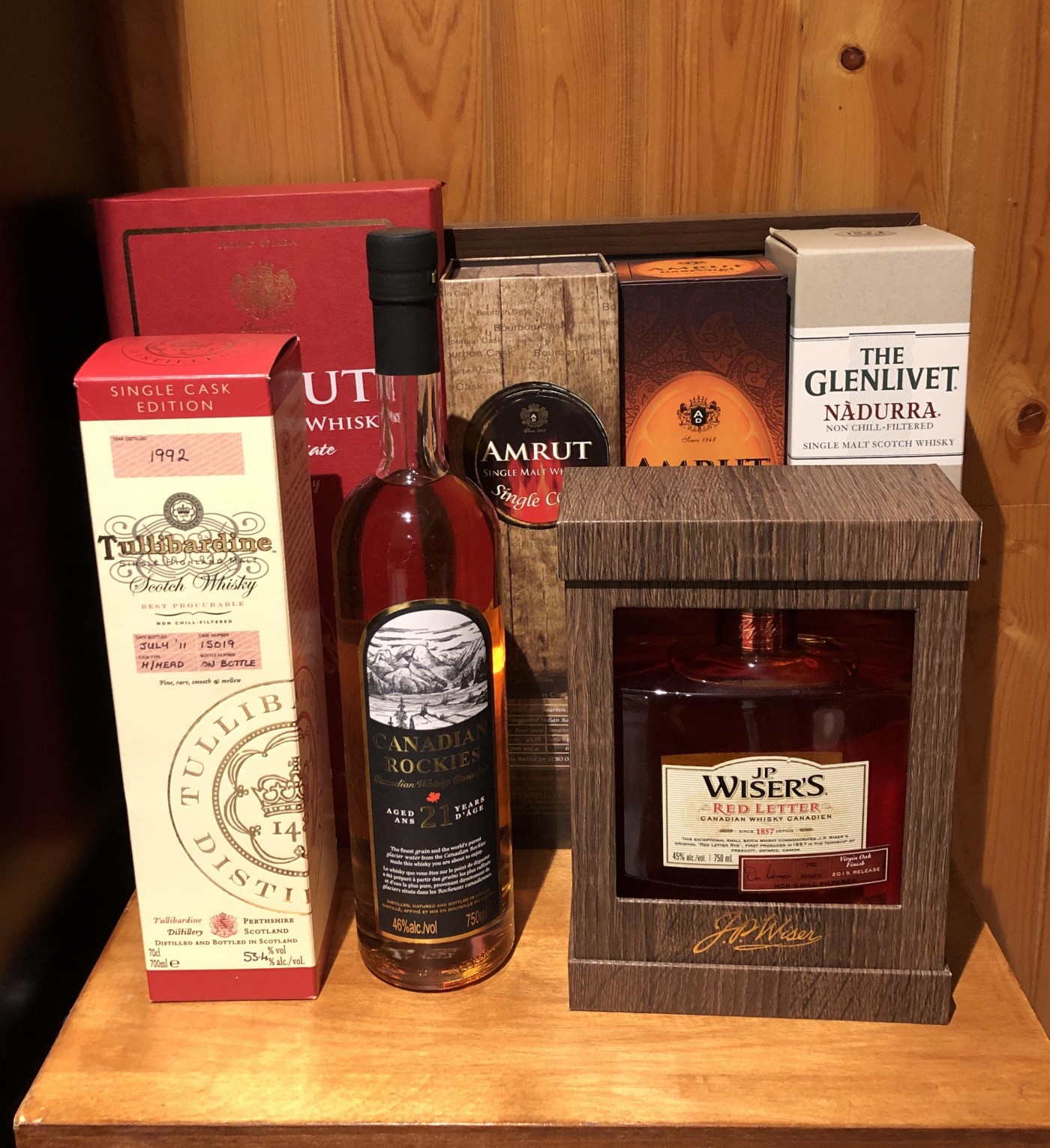 @ thank you, @Nosebleed! I very much look forward to meeting you in the spirit realm one day.

To steal from Horst Luening's intro....

And apply it to Connosr.com, "Where fine spirits meet."

@Nozinan Hey so sorry to hear of your loss. I know you and the fellow Connosr's that knew him will continue to hold him close in your thoughts.

My deepest condolences. I am sorry for your loss.

@Nozinan Sincere condolences to you and your family for the loss of a good friend and cherished family member. Losing someone close is always devastating, but I believe that they remain with us as long as they are not forgotten.

@Nozinan My condolences on the loss Nozinan, my the grief eventually subside & only the fond memories & his impact on who you are shine through.

@Nozinan Sorry to hear this. I am sure that there are a couple of bottles in my cabinet that I can attribute to his and your diligence. I am sad that I never got the chance to meet him in person.