Black Maple Hill Kentucky Straight Bourbon, 47.5% ABV This is NAS straight bourbon, so by law you assume it is 4 years old. I bought a bottle of this about 8 years ago for maybe $ 45 and have never bothered to open it. Just for fun I decided to look it up today on wine-searcher.com. $ 782 average world asking price! Good lord! For an NAS bourbon? Now I may never open it and look to swap it one day. It is hard to believe a lot of the stuff that goes on with whiski these days.

@Victor Would you take $750? In Monopoly money? Canadian Tire money? Crypto Cash? I could throw in a bottle of Lambertus, or McLellands Islay.

@BlueNote at the time I bought that bottle of Black Maple Hill Bourbon $ 45 seemed like a high price for it to me. I guess it doesn't now.

I've always bought to drink, not for re-sale. Appreciation is for me merely a back-up against loss of value if one had to liquidate one's collection in a time of emergency. That, and good opportunities to swap for other hard to get and expensive bottles.

@Victor I’m with you. Drink it, you’re dead a long time.

Yesterday was the anniversary of @Nosebleed's death. Also my son and his son's birthday, so it was weighing heavily on us.

A couple of weeks ago at our first in person tasting, a bunch of us opened one of his bottles of whisky, A Glenlivet Nadurra 16 YO. I had only ever tasted it at his home, and it had been a memorable tasting indeed. I still have the sister bottle to the one he had opened back then. Over the years we did some hunting and each came away with another spare. When we found 2 of the legendary Calgary batch, I took one and he kindly deferred to @paddockjudge for the other one.

My son and I put his photo into a frame in the afternoon and added it to the other photos of those we are missing. In the evening I poured a small glass of Nadurra for him.

I intended to drink it later in the evening but it just didn't seem right.

6 months ago 9Who liked this?

@Nozinan As I happen to have a bottle open, I will pour a dram of Nadurra 16 tonight in condolence for your loss.

Everything and/or anything! Got a positive lurgy test yesterday - I had flu last week, but nothing showed up covid wise on the tests. Symptoms abated last Friday/Sat but I started feeling wiped out again on Sunday. Felt OK ish on Monday, if a little fatigued, but when I went to sniff some whisky yesterday I smelt nothing, then realised I couldn't taste either. Did a test and viola!

I actually feel better today than I did at any point last week but the lack of taste and smell (without an accompanying cold) is a bit weird. I'd love a whisky but there is literally no point - might as well drink vodka!

Can anyone who's had it say how long their senses took to come back? Think I'd rather have aches and chills ...

@RianC sorry to hear it buddy, that really sucks. I know The guys on one of the YouTube whisky channels have the same issue

@RikS - thanks! Yeah I've seen that. I really hope it doesn't take thAt long ...

From what I've been hearing, it's the general lethargy and low energy that lasts the longest.

@RianC oh mate, hope you feel better soon. Maybe best to get it over and done with.

@Timp @BlueNote - I'm almost certain I had it in Feb 2020 but couldn't get a test then. That was like a really bad dose of flu and it took me a good while to feel fully energised again. Mind you, I had bronchitis last year and that was awful! This doesn't seem quite as bad and I can feel my muscles slowly starting to warm up again, so hopefully I can get back into things pretty soon. The inability to taste (whisky) is a real psychological downer though

@RianC Good thoughts for a full and speedy recovery mate, particularly a full recovery of your whisky taste buds.

@RianC I know several people who lost their sense of taste and smell, but I don’t know anyone who didn’t fully recover again so speedy recovery to you mate!

Thanks for all the well wishes, Gents! Did some hip physio two days ago and today and felt OK during and after. A good sign that tells me my body is winning - I couldn't have done that a few days ago. Some recovery of smell and taste today but very little. I can smell that whisky has alcohol in it and that marmalade was sweet. Well, it's progress ...

@RianC hope you get better soon! my brother had the same issue with taste/smell. when he did eventually get it back, he said things still tasted "different" than he remembered, in a bad way, but everything is back to normal now. It took him several months though.

Octomore 9.3. This is a fantastic whisky. Bottled at 62% and sips well without any added water.

I got the heel of this one from @tAlexander. Last night as I wrapped up my charting I poured a 5 cc measure in a mini glencairn. Sweet peat, really delicious.

Tonight I will be on-call but otherwise I would have liked to have revisited it and possibly reviewed it.

Danny Boy, for some reason, seems like an Irish name to me. So I considered a dram of Blue Spot or, possibly my favourite, Redbreast 12 YO CS. But I don’t drink when I’m sad.

I first met him as a younger dog. He lived in a retirement residence that was adjacent to a convent for 14 years. We used to have Home Care meetings there and we would play with him.

As my catchment area changed I started seeing patients in the residence and saw him more often. Every visit was a treat.

Lately he has been getting sicker, and on Wednesday they called me, not about my patient, but to let me know that the vet would come the next day to put him to sleep.

I stopped by to see my patient, but then came back at the end of my visits and brought some special dog treats for him. We spent some time together. I gave him the treats (he loved them). I even took off my mask and he gave me some doggie kisses. I thanked him for being such a good friend. And then I said goodbye.

What a wonderful dog he was. It takes a special personality. We will not see the likes of him again for a very long time.

Goodbye Danny Boy. I will never forget you.

about one month ago 8Who liked this? 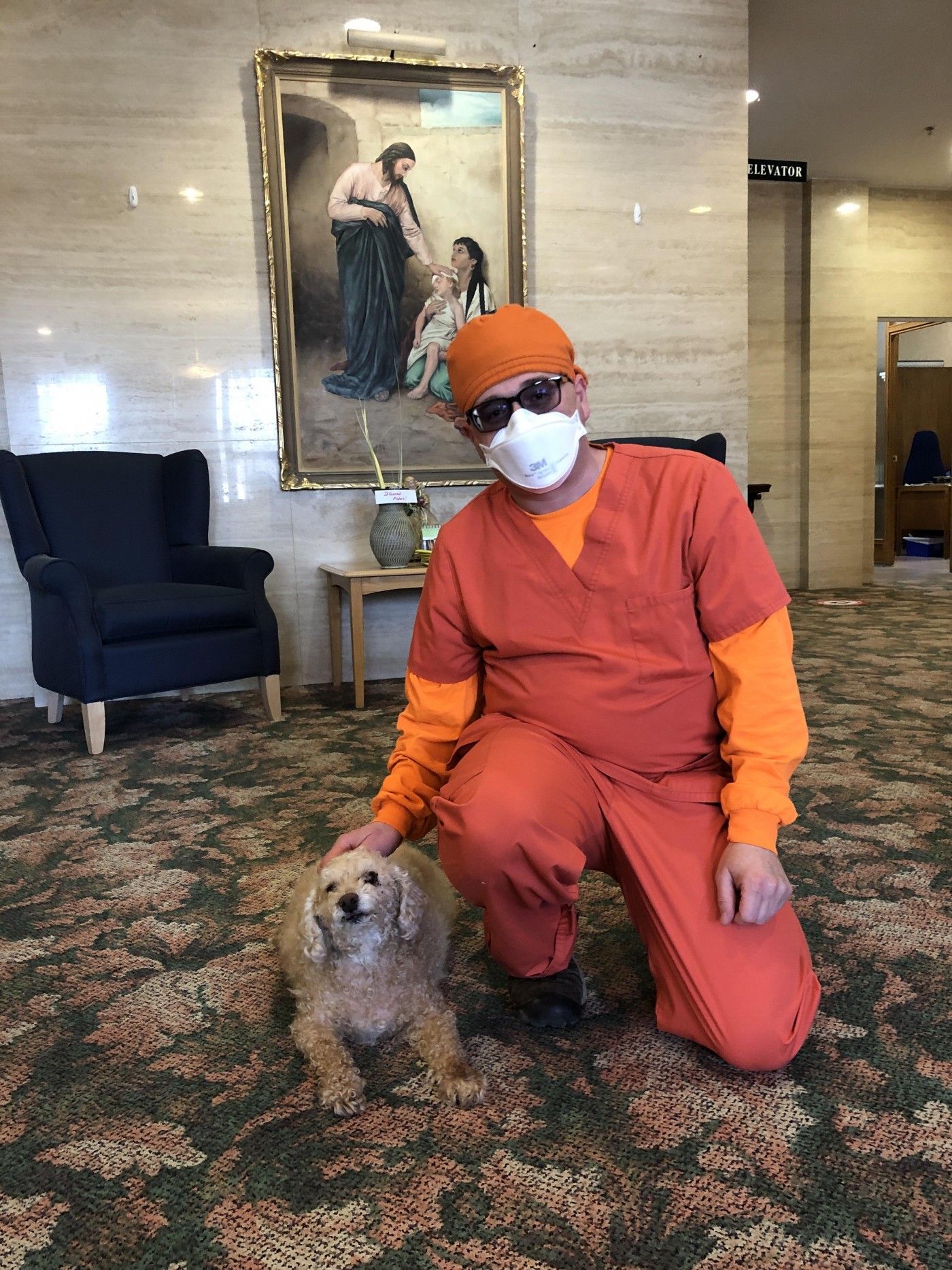 I'm not drinking Amrut Intermediate Sherry...... I pulled the box from the shelf and ....it was Amrut Madeira Finish 50% abv. ...Bright, sweet, fruity, delicious, mouth coating. I was looking forward to a pour of Amrut I.S.; however, thie Madeira Finish will do nicely.

The single malt in this bottle is from a bottle split with @ Nozinan...note to self, put a sticky note on the outside of the box. Thank you my friend for making a great pick. 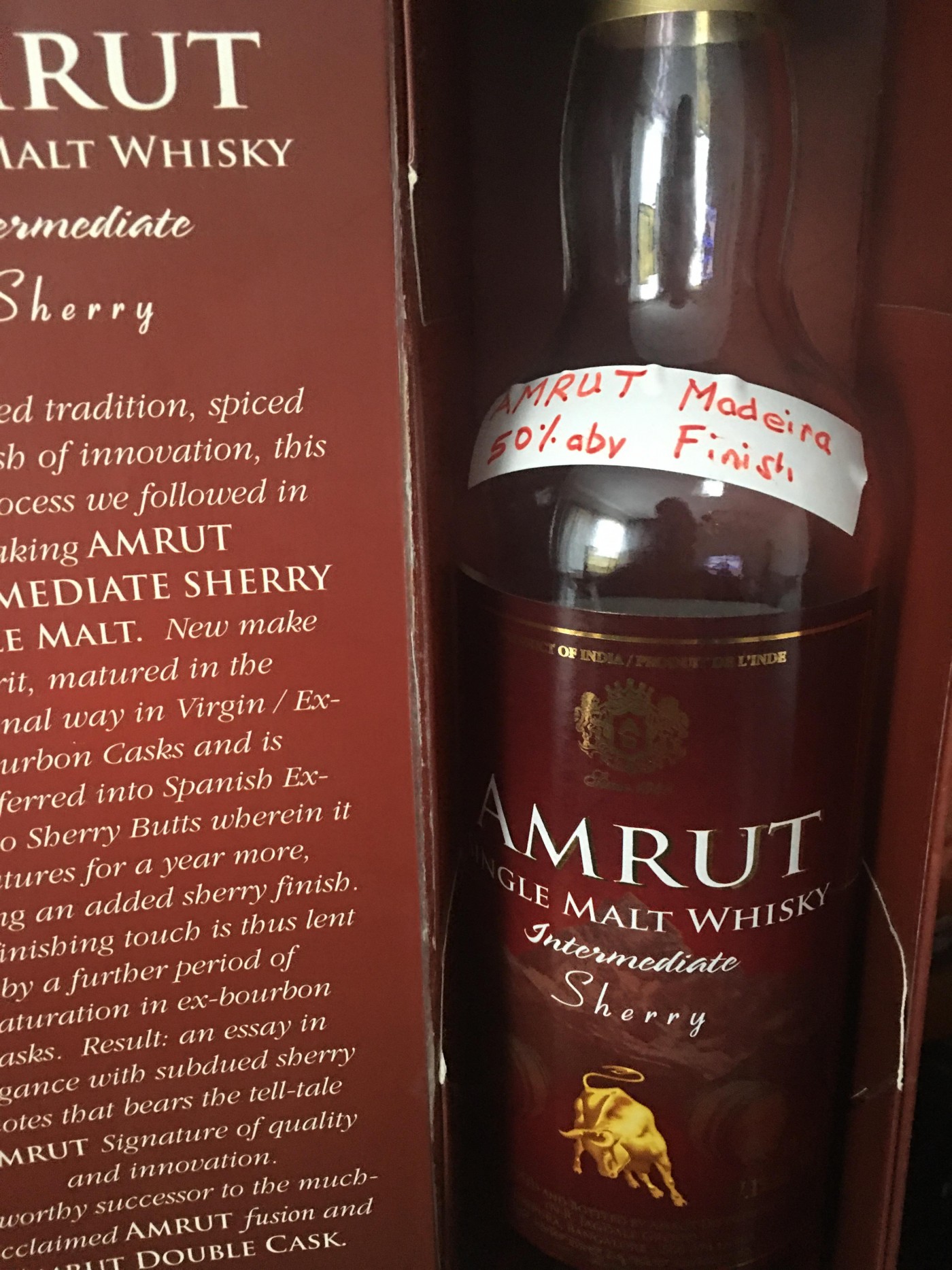 @paddockjudge I believe that we have @Nosebleed to thank for harvesting those bottles. It was great to open one and split it with you, and I think a few other Connosrs tasted it that day in 2021.

Not sure where to put this post but here seems as good as anywhere. Bit of a story coming up so bare with ...

My partner had bought us tickets to the WhiskyLounge festival 2000 for my 40th, worth £50. It was cancelled due to covid and after a lengthy silence from them we asked for a refund. They stalled several times and wanted to offer tickets to another festival but we couldn't go so refused them, politely restating that a refund, or perhaps some samples, would work best.

This was agreed some months ago but, again, we heard nothing for long time. My partner sent multiple emails through this period and they had been ignored for going on six months! By this point I was getting slightly angered by them and their pathetic customer service so, yesterday, she sent a very strongly worded email that, in short, demanded satisfaction.

I came home earlier and we had received a new email - in brief, they apologised profusely and are sending out their festival in a box package (valued at £95!) With 23 samples from around the world, a Glencairn and other booty. Nice!

They are also giving us complimentary VIP tickets to the 2023 festival! Kerching!

So, a very pleasing end to a 'right old faff!' as my Nan would say. The samples are a mixed bag but there are definitely some interesting ones in there. I'll not hold my breath for them to arrive but I have a feeling they will and hold good their promise.

Now, us Brits, especially my partner, are loathe to complain, generally; but it goes to show, sometimes putting your foot down and making a fuss (for a just reason!) really does pay off.

3 days ago 8Who liked this?

@RianC i think the Spanish have a good expression "el que no llora, no mama!" Good on you mate and happy to see such a nice ending to the story for once!