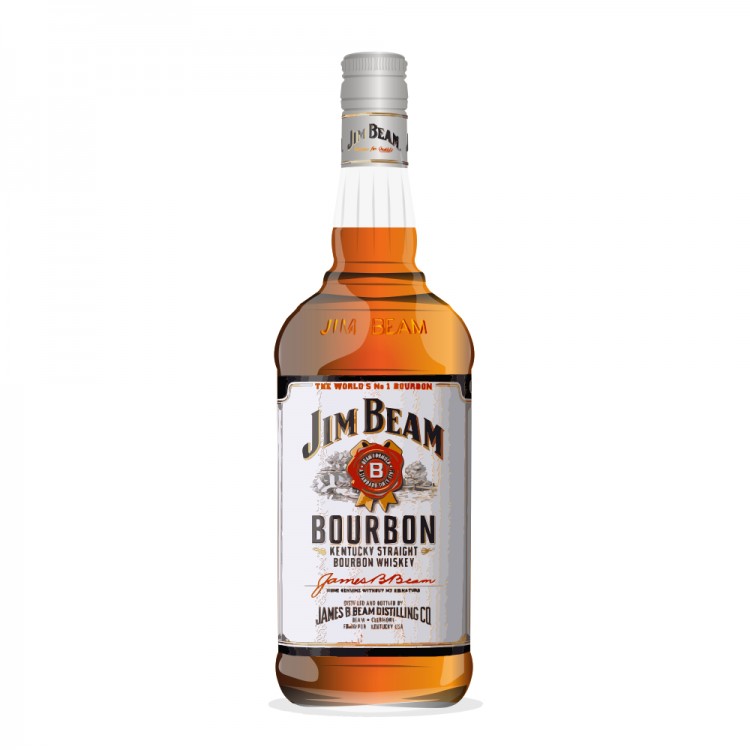 Jim Beam White Label is the best selling bourbon in the world. Like Jack Daniel's, Jim Beam is a pop culture icon synonymous with rock and roll, working-class drinkers, and America. Unlike Jack, there is no semantic labelling controversy with Jim Beam; it's bourbon through and through.

So for the sake of this comparative review, I'll taste the whiskeys neat as well as with Coca-Cola and with Ginger Ale since these are the two most common mixers people use.

While Jack & Coke was kind of mediocre to my palate, Jim Beam & Coke is another story. I think this mix works brilliantly. Beam is brighter overall and the citrus, vanilla and spice of Beam cut through the Coke's sweetness better than Jack. Jim Beam & Coke tastes like a less sweet version of a vanilla Coke with a lemon wedge. I'll risk the wrath of Lemmy's ghost and say that Jim wins this round for me. Honestly, I don't think Lemmy would have cared what I think anyway.

Ginger Ale was always my preferred mixer when I drank rye. Maybe it stems from an affinity for drinking flat ginger ale as a kid when I was sick and stayed home from school and watched The Price Is Right. Maybe not. Jim Beam and Ginger Ale isn't a bad mix, but it's kind of more of the same, the spice and brightness from the Beam doesn't really add anything since Ginger Ale has those flavours anyway. It's inoffensive but there's no real synergy.

If I had to choose only one, either Jack Daniel's or Jim Beam, to keep as a well whiskey, I'd choose Jim Beam. I enjoy it more neat, on the rocks, and it's not unpleasant with mixers either.

END_OF_DOCUMENT_TOKEN_TO_BE_REPLACED 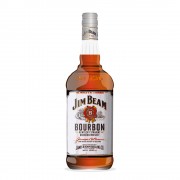 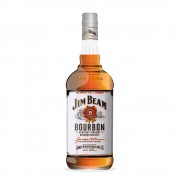 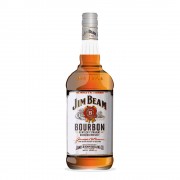 Jim Beam White Label Back To The Basics #1: Jim Beam 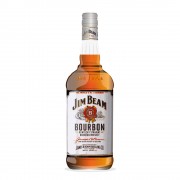 END_OF_DOCUMENT_TOKEN_TO_BE_REPLACED

@OdysseusUnbound - Nice reviews - always good to go back to basics; if nothing else, a cheap blend, bourbon or whatever always makes me appreciate the good stuff more. I like the mixing notes in there as well although I've never been able to stomach any bourbon with Coke. A cheap blend and ginger though ...

I don't think I lean to the Beam style - my only bottle of the White Label was God damn awful, I mean sink pouring bad, and everything else I've tried has never grabbed me either. A touch too woody/yeasty perhaps? Horses for courses, of course!