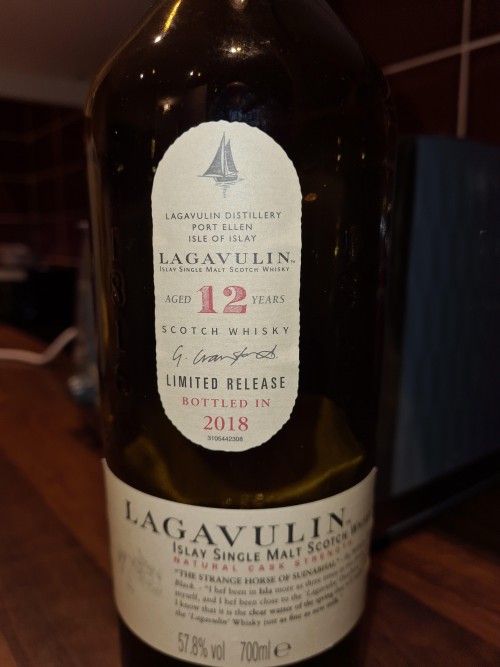 Being the best of the core range is probably not that difficult. Although who could tell which bottles make up the range anymore with Lagavulin seemingly releasing a new bottle every few months at the moment? All of them pretty similar to each other. A 9 year old game of thrones release (to go alongside the 8). An 11 year old Offerman when they already have a 12. The range could really do with decluttering. They'd have been better off concentrating their efforts on getting the 16 back to it's heights of old imo (first single malt I ever tried).

I did get a bottle of the 2019 release with it's hideous new design. But sadly I won't be buying any more Lagavulin 12 year olds unless Diageo stop trying to rinse customers. They want £120 for the 2020 release. Waaay too much. The Springbank 12 goes for £60 and is arguably a better dram.

Anyway onto the whisky.

Review is of a 50ml pour with 2 teaspoons of water added. It has sat for 30 mins.

Arrival is quick and intense. The peat is much more evident on the palate. It catches your breath. Then the sweetness takes over and there is lemon curd on buttered crumpets.

Is insanely long. Just goes on and on. With this ashy smoke and the sweetness slowly giving way to it. By the end you wonder if you've been chewing on a cuban cigar.

The nose and palate are kind of flipped. With the nose it's sweetness followed by smoke. The palate is the opposite smoke and then sweetness (and then more smoke)

As I said above. An Islay classic. Not particularly subtle or complex. But it does exactly what you want it to.

END_OF_DOCUMENT_TOKEN_TO_BE_REPLACED 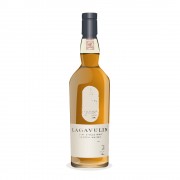 END_OF_DOCUMENT_TOKEN_TO_BE_REPLACED

It is too bad that Lagavulin 12 yo CS has become such an expensive bottle.

This is good news for me! I traded a bunch of unwanted bottles into the LCBO for this batch and a Caol Ila 15 CS in 2019. Still unopened, because I have an open bottle of the 2015 I got in 2017 (I paid $3.50...there were also trade-ins involved) and while delicious, I don't reach for it too often on my own.

It occurs to me I have never paid retail price for a Lag 12. My first (still unopened) bottle, a 2010, was bought on my behalf by a friend in London (On) who refused to allow me to pay him back. The other two were trades.

The 16 year old pales by comparison, and in this part of the world is almost as expensive. I'm currently working on the 2017 12 year old, with the 2016 and the 2018 still unopened. Thanks for the excellent review @Wierdo.

Not that I've pored over Lagavulin distillery expansion timelines or their new release calendar or whatever, but a reasonable explanation I've read for their new releases these past few years is that they've reflected expanded capacity that Lagavulin added a few years back. As that swell of new spirit comes of age, all these new age statements are hitting the shelves? Makes sense.