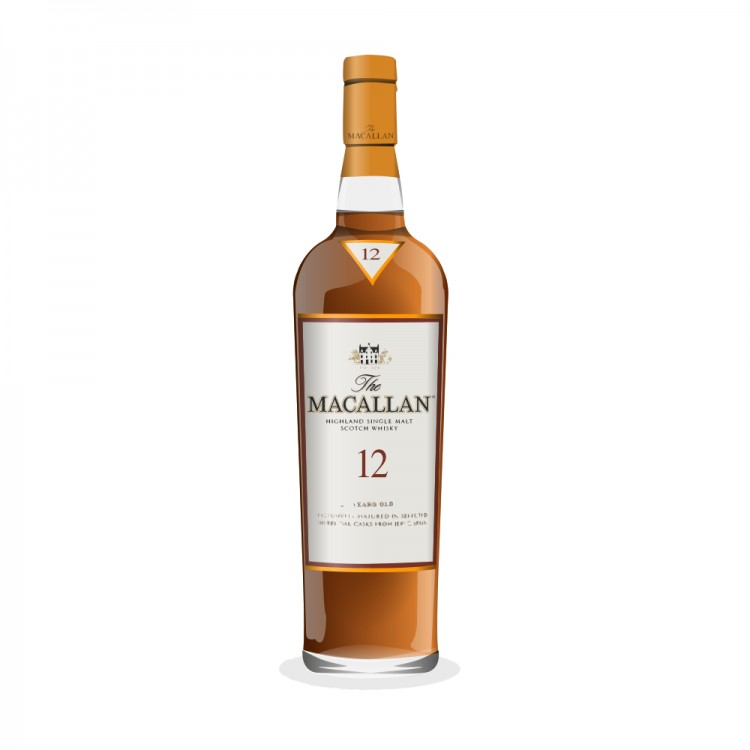 Review is from a 50 mL miniature bottle I purchased.

I've had Macallan 12 a couple times but have never bought a full bottle. Last time I had it was a couple years ago, and I must say, this is not the whisky I remember (whether memory or whisky has altered, I do not know).

Nose: Much less sherry than I remember; more overripe banana, floral, vanilla. It reminds me of Glenmorangie... which is weird because Glenmo is a bourbon-cask whisky. There definitely are vinous/sherry notes, but they don't jump out like I thought they might. Also there is plenty of oak on the nose... overall quite nice! The vanilla/banana/oak combo does remind me a bit of bourbon, but the nose isn't bourbony overall.

Finish: Hot oak on the mouth and sweet sherry on the tongue. Some banana.

So you can see from the notes that I get the most complexity from the nose. Overall, this is nice whisky. Nothing is off, it has "forward" flavors, and good body. The sherry is so well integrated it is truly a part of the whisky, but this does actually say "highland scotch" more than I expected: I just expected "sherry."

Overall, I still can't imagine dropping $50 on a bottle of this whisky. There isn't anything wrong with Macallan - it's the style. You get sweetness, hot oak, and no peat... sounds like bourbon. I can get good bourbon for cheaper, and I will. I'll spend the big bucks on scotch that brings something different from bourbon: peat. It is pretty good though...

END_OF_DOCUMENT_TOKEN_TO_BE_REPLACED 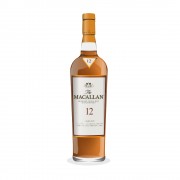 END_OF_DOCUMENT_TOKEN_TO_BE_REPLACED

Thanks for a nice review, @valuewhisky. It is tricky to review from a small sample because you really only get one shot at it, and can't go back and check your impressions at another time. I've done quite a few reviews from limited samples too, because often that is all that one might have available.

It is good that you gave contrast to prior experience with the Macallan 12. My experience with Macallan 12 is that it is rather batch variable. I have had some which was subtle and complex, and other samples of it which just gave me sherry, sherry, and more sherry. I much prefer the complex version, but would have little confidence that that is what I would get if I were to buy a 750 ml bottle of it. So I don't buy a bottle of it, but I am happy to re-try it whenever someone else is offering it to me, just to see in which direction the flavours of the latest bottle lean.

@Victor, very interesting! I would have thought that Macallan with a huge output and loyal following would be very consistent. I guess there's just no beating batch variation. Something to always keep in mind when judging a whisky based on one tasting or bottle.