Average score from 2 reviews and 12 ratings 71 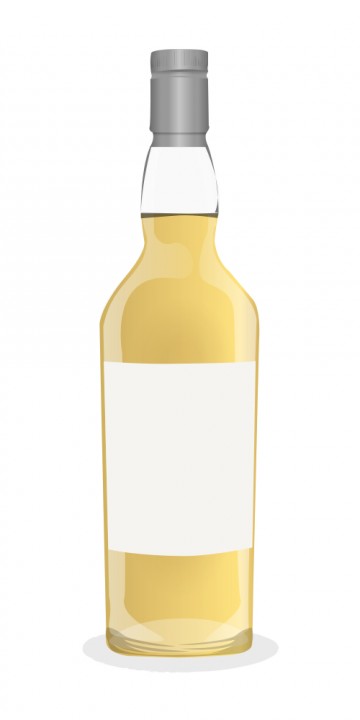 Even the most mundane whisky can have a story.

This one begins in January 2010. My father had been diagnosed with cancer the year before, and he developed a complication from the treatment. He went to see a surgeon at the hospital where I was working and it was clear he needed to be admitted to hospital. At the time it was very crowded in the hospital, and it was extremely rare to get admitted directly to a bed without languishing in the ER for hours (or days).

I had called the on-call Medicine staff (a colleague) and she had agreed to admit him to her team (without needing to be assessed in the ER). To be fair, I have called staff directly for my own patients too so I don’t think there was anything untoward about that. But he would still have to go to the ER. In a Hail Mary pass, I called the flow manager. I knew him well because we met every morning when I was on service, and he would help us get what we needed for our patients to help get them home more quickly. He made no promises but before my father left the clinic he had found a bed for him to go directly to. I know that the direct admission probably helped the flow in the ER and probably saved the hospital money, but I know how hard it is to do this and I would prefer to think he did me a big favour.

When things settled down, I asked him what his favourite Scotch was. Being Irish, he expressed his preference for Paddy’s Irish Whiskey. No problem, I thought. I checked the LCBO - BIG PROBLEM. In fact I don’t think I’ve ever seen Paddy for sale in Canada. Many months later (maybe at the end of the year), another Irish colleague went home for a visit and I asked her if she could bring back a bottle for me to give him. She did. She told me she had considered buying me a bottle as well but as fas as she was concerned it was no better than aftershave. She gave me a mini set from Cooley instead. I did attribute the bottle to her when I gave it to him, but he was appreciative of the thought and very excited to open it (I think he waited until he got home).

Eight years later I had still not tasted this expression. @Paddockjudge and I were on a road trip to visit @Victor and his family. On the first day we stopped at a store in Hagerstown, and picked up some good finds (OGD114 for me and some Maker’s Mark single barrels I believe for him), and I saw this mini. After tax and exchange rate it cost me all of $1.08.

Tonight I finally had the chance to sit down with it. According to the label, it is produced in the Cork Distillery in Middleton, and imported into the US by Sazerac. It says it’s a blend, and that it’s matured in oak in Ireland. It is a triple distilled spirit. The label says est. 1779. I’m skeptical that it’s referring to the brand. More likely the distillery.

This expression is reviewed in a Tuath Irish Whiskey Glass in my usual manner, allowing it to settle after which I take my nosing and tasting notes, followed by the addition of a few drops of water, waiting, then nosing and tasting. In frustration as I was nosing it, I also tried it in a standard Glencairn.

Ethanol, sweet fruit, maybe some baking spices in the background. Really not much else. A hint of lemon in the Glencairn. Very weak nose. With water I get a little caramel on the nose, but just a little. (17.5/25)

Thin, predominantly ethanol. Some sweetness in the background. Something sour. No discernible flavours that I can describe. From the Glencairn it is a little richer, but still not very pleasant. Almost palatable with water. (17.5/25)

Balanced in the sense that it’s got a thin nose and thin palate. Unbalanced in that it has too much alcohol nip and no real flavour.

A search on Connosr turned up only one other review of this expression:

This one is, I believe, meant for mixing. I don’t think anyone would confuse it for a sipper. I suspect my colleague probably did not consume this neat. Perhaps it interacts with soda or flavoured beverage positively.

Glad I was able to get a mini. I won’t be buying it again.

Thanks for the review @Nozinan . It seems to get decent reviews and I have thought about picking up a bottle when on sale but perhaps now I'll wait . . . or pick up a mini instead!

@Nozinan Love "...as far as she was concerned it was no better than aftershave." Beaux mots.

I am a fan of Irish whiskey, but this one took my enthusiasm down a few notches.

This blend has a lively nose with citrus and flowers, but the grain is predominant.

On the palate it's smooth, too smooth. No complexity at all. Toffee, vanilla and oak.

The finish is dry and short and even a little bitter at the death.

No, sir, Paddy is not my buddy. Jameson is much better in my book.

I once asked a colleague to bring this for me from Ireland. It was for another work-mate who had done me a big favour and he said it was his favourite Irish whiskey.

She came back with one bottle for me to give to him. She also brought me a sample se from Cooley distillery. She had said she considered getting Paddy's for me too but could not bring herself to do it because as far as she was concerned it was no better than "aftershave".

Seems I missed a star, indeed. This should have been 5.5, my bad.