@Nozinan Connosrs are not all Canadian, although it is starting to look that way.

@BlueNote Of course. That's why we need to help out our friends who appreciate good Canadian whisky. But as for the rest...why they don't know won't hurt them and may help us...

@Nozinan @Astroke Good thing the Scots haven’t decided to keep all the good single malts to themselves and send us only Glenlivet Founders Reserve and J&B Rare. No more Corryvreckan for us colonials unless we give up some Lot 40 Cask Strength?

@BlueNote You bring up a good point. We ought to share because we have been the beneficiaries of such sharing...

Anyone who wants some good Canadian whisky....let me know when you're coming to visit! I'll get the suite ready.

@Nozinan Now you’re talking, Doc. I know you have a massive sharing gene that will not be denied.

@BlueNote, I've got four skids of Lot No. 40 Third Edition available for trade for Corryvreckan.

@paddockjudge And as I well know, you, too, are afflicted with that big old sharing gene. As far as trading goes, if you dangled some of that Alberta Premium CS Rye on a stick you could get all the Corry and Oogie you want.

@BlueNote, that's the pot calling the kettle hot, you Rebel, you!...as in Seven Rebels, like the bottle you so generously sent to me. 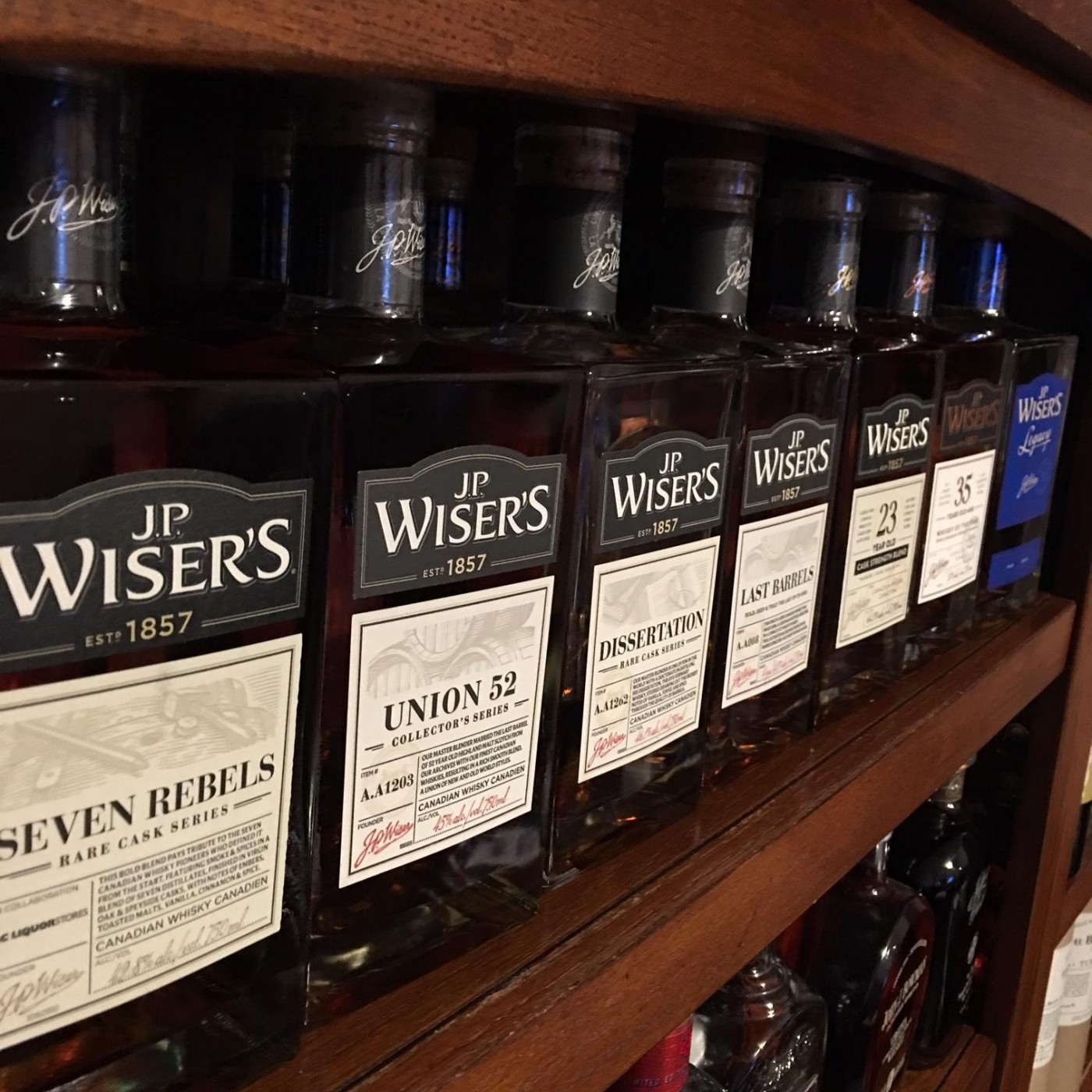 @paddockjudge It was my pleasure to be able to add something to that impressive lineup.

An article on Canadian Whisky which @paddockjudge, @JasonHambrey, and other Canadian Connors members may find interesting:

@talexander I do not know this person. I enjoy their statistical approach to whisky and their whisky reviews both on Reddit and their website.

@talexander, I've been getting that blog for a couple of years now. I like the large scale perspective from compiling multiple reviews. His own personal taste is of almost no interest or significance to me. The net effect is to have a resource similar in utility to The Connosr Top 100 Rated List. I still much prefer the opinions of a large base like the Connosr membership in the Connosr Top 100 Rated List to those of 10 or 20 bloggers in SelfBuilt's WhiskyAnalysis.com. I give no more credit for good taste to whisky bloggers than I do to anyone else.

3 months ago 3Who liked this?

I've shared a few drams with him - I both like his approach to looking at the whisky and his site. He's very smart, with a deep stastical background academically and professionally. We've had quite a few discussions on the validity of rating and I've in particular shared with him my approach to assigning numerical scores to value (but this is challenging because how much you like a whisky is subjective, and how much you find is reasonable to pay is also subjective - I take out one of the variables by letting the market set the price baseline, but it still leaves the rating baseline subjective - you can't win...).

He's done all sorts of interesting statistical studies on different reviewers, looking at interesting things like how statistically variant or biased Jim Murray's reviews are, etc.

I found his article interesting. I've done various studies myself, but I've had access to the numerical scores of all the judges over the past 5 years that I've judged on the panel so I've been able to go into more depth. I don't, however, know which judges give which scores. Some judges are more consistent than others, and the panel rotates yearly (for the most part), so the judging palates isn't the same each year. I think it does provide some value, but, results need to be interpreted with caution. There are always a few "misses" when you are tasting so many blind samples, particularly when tasting in flights where previous and following whiskies influence the taste of the current whisky. This is exacerbated if every judge tastes the numbered samples in order (I don't, I randomize them). To an extent, "misses" are handled by removing outliers from the judging.

Judging blind is very challenging, particularly so if you think a whisky is a certain one and it isn't. If you ever guess, and guess wrong, you automatically revert to what you thought of the original whisky. The first year I judged, I thought a wiser's product was a forty creek, and my scoring 'baseline' automatically shifted to what I would have rated that forty creek, and it biased my rating inappropriately. These days, I taste them all blind and work hard not to guess, then, after I've scored them, I go back through and guess, if I am wanting to.

The other consideration is that the results are averaged - so, if you have one judge who doesn't like the whisky as much and the rest all do, that whisky gets overall a lower score than if all judges liked it quite well and no one liked it poorly. It does highlight very clearly that one's favourite whisky is rarely the average from the crowd - and often the winner isn't the favourite of even a single judge. But, the approach is still valid. Crown Royal Black is the poster child of this in these competitions, I find, although I've always rated it a fair bit less than the field. But, generally, it never attracts any low scores so it always does well even though not many judges rate it very highly either. Some years, you can see that the judges swing more toward bourbon-like profiles, some years, towards older lighter whiskies, etc.

I think they are meaningful results, particularly as they are blind tastings - but, the number of reviewers is still small from a statistical perspective and the thoughts aren't transparent for the consumer - as they would be for connosr. On the other hand, not many people have as much experience with Canadian whiskies as those on the panel - although there are a few here on connosr who have more than most judges on that panel. So, like @Victor, I think the resources of connosr are better for the consumer - but it is always interesting to see these results.

3 months ago 8Who liked this?