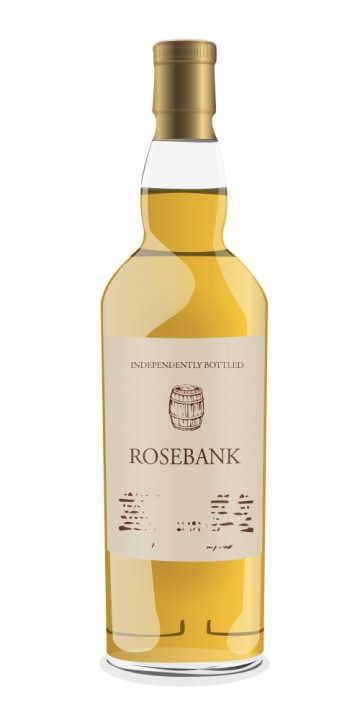 The nose, once you get past the alcohol, bursts with pears and lime, but is also slightly farmy. Freshly cut grass and hay. A mild hint of dried figs. A whiff of apricot marmalade. Loads of caramel, mild vanilla and soft spices. Rather simple, but very pleasant. The hay comes to the fore if you add a splash of water.

The attack is fiery (what did you expect?) on all sorts of citrus (grapefruit, mandarin), including (and mostly) dried orange peel, candied no less. Peppers, too. Luscious honey. It gets better with water. More fruit emerges. The obligatory mix of citrus naturally, mostly oranges.

The medium long finish continues this theme and fades gently.

A beautiful, classic Rosebank, that can cope with some water. Thanks, Chris.