Last night a Springbank 15, which is now definitely showing its many talents. Not exactly my favourite style but the quality and craftsmanship are without question.

Then a Wisers Dissertation. This is starting to open up nicely too and has lovely notes of toffee and rounded spice notes with some sweet menthol. Finish is lovely with a gorgeous balance between oak and sweet; almost zero bitterness.

I also had a Theakston's Old Perculiar ale with dinner. Well, I opened a bottle but drank little of it as it had a certain tangy flavour that I wasnt getting on with. It was also a poor choice to accompany spicy noodles and tuna steaks. We live and learn 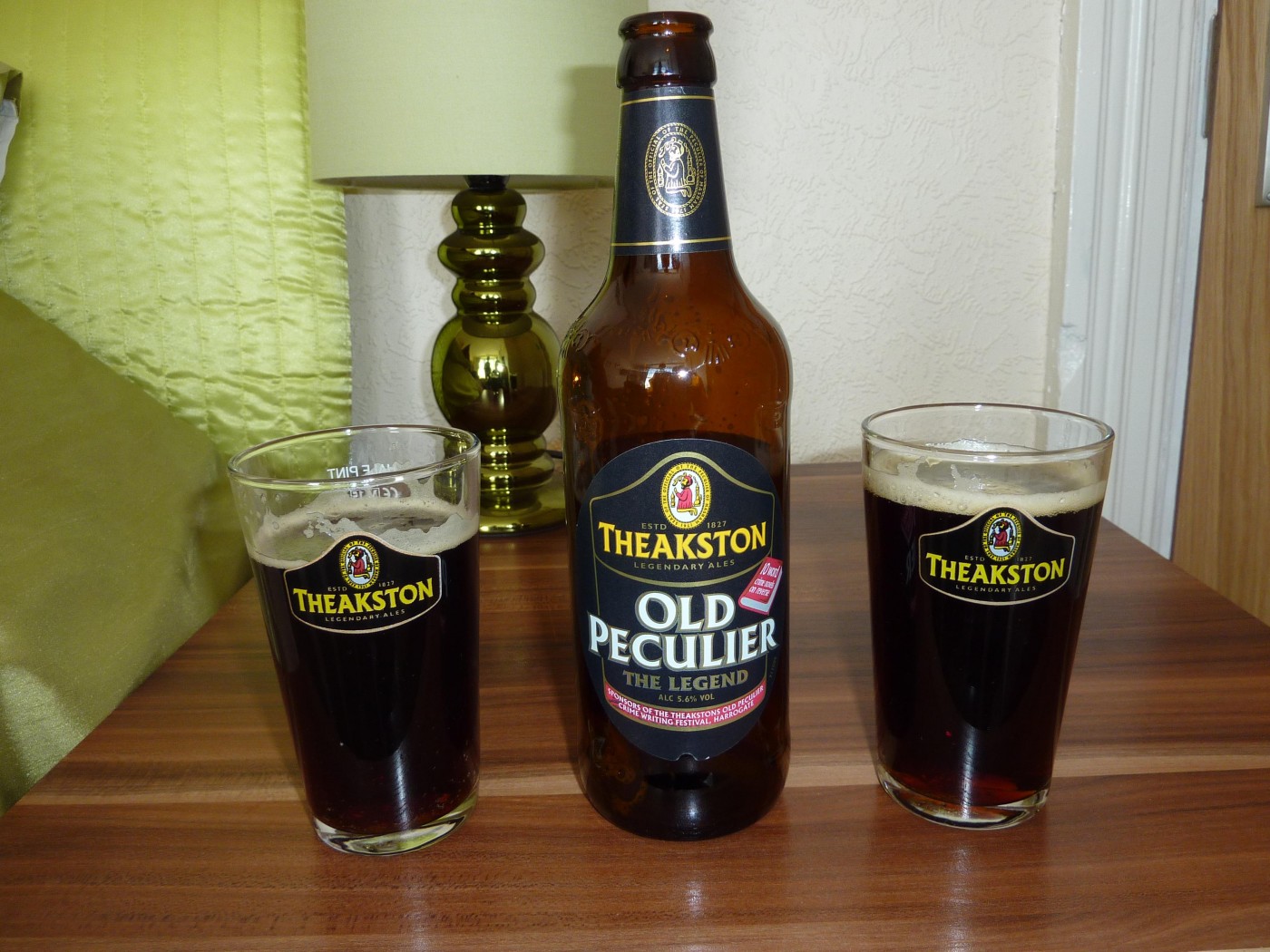 @BlueNote - it's a favourite of my Dads too and I've liked it in the past ... the food definitely wasn't helping, more of a sausage and mash kind of brew!

Watching Once Upon a Time in Hollywood with a Four Roses SB. Top notch whiskey and top notch entertainment. Say whAt you will about Mr. Pitt but he's killing it here!

@RianC Excellent flick. Mr. Di Caprio is killing it too. Have you watched the Irishman yet? It’s a 3 hour and 41 minute marathon, but Di Nero and Pacino are like the Pitt and DiCaprio of an earlier generation. Total pros. Well worth the time commitment.we did it over two nights.

If I was over there today, I’d be looking for a nice brew from Black Sheep.

Haha! Good call @RianC. A definite close second for sure.

My good friend @thewalkingdad scored this beauty today and stopped by for me to try it. Imagine every fruit you have ever tasted ready to punch you in the gut and you have nailed this one down. But pineapple and mango shined through, a total fruit basket. Absolutely delicious. 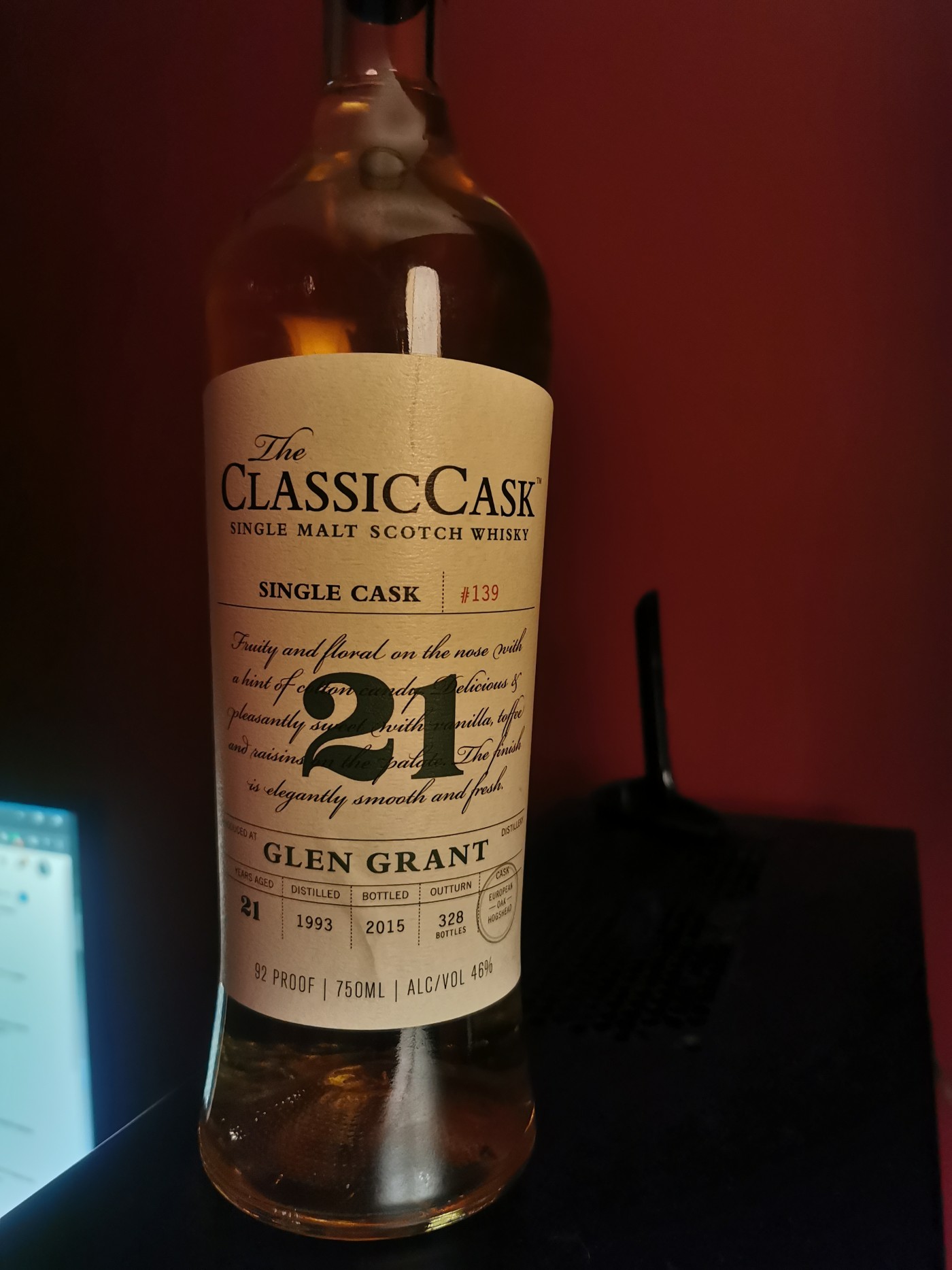 @BlueNote - Agreed, the Irishman was excellent and a return to form for Pacino and Di Niro.

Not had much Black Sheep ale although I think I have a bottle in the fridge from Xmas that will need emptying ...

@BlueNote The Irishman was fantastic. I even watched it in one sitting.

@BlueNote @RianC Man I miss English ales. My go-to beers were Wadworth '6X' (from Devizes) and Ringwood 'Old Thumper' (from the New Forest) - and then from my local West Berkshire Brewery 'Good Old Boy'. I can get some of the standard British beers over here but you pay for them and they don't all travel well. Oh well, just another reason to get back to the UK one day.

@Hewie I'll look out for them, cheers mate

Hakushu 12 yo, as I sit down to watch the Tennessee Titans play the Kansas City Chiefs, in the American Football Conference Championship game. There may be a few other additional whiskies for me in this 6 hours worth of playoff games football day. .

An excellent choice @Victor. You can’t go wrong with the Hakushu 12. How’s the game?

I’m in Seoul right now. Arrived last night, had some beers and enjoyed watching McGregor’s destruction of Cerrone in my hotel room!

Any suggestions on whisky purchases? I believe I remember you telling me that you spent some time here?

According to my research a couple brands produced here in South Korea are Imperial and Golden Blue.

@CanadianNinja yes, I was 23 months in Seoul in 1980-1982 as a US Army dental officer. I miss Seoul and I wish my wife had visited it with me prior to her passing. I have no familiarity with whiskies out of Korea. I haven't been back since '82. They made none in those days. I liked basic (unsweetened!!!) soju, and OB Beer, of the local fare. I couldn't stand Crown Beer and Mokkoli was a wild card I just learned quickly not to trust. Some is good, no doubt. I've sampled some of the rest, I can tell you. I sort of liked this bizarre drink called Oscar which tasted like dilute Peach Brandy. Liked with some reservations...

The game is classic Kansas City Chiefs. Tennessee came out strongly and got a 10 point lead. By halftime KC had gained the lead. My father was a Kansas City boy, so I've long had a sentimental support for them. Of course, it doesn't hurt that their Quarterback, Patrick Mahomes is the most exciting player in the NFL, either. Last week a 24-0 deficit became a 51-31 win.

Round Two beverage: Wigle Wheat Whiskey, 46% ABV, from my sister's bottle. Wigle distillery is in Pittsburgh, Pennsylvania. Wigle was a leader in the Whiskey Rebellion in the 1790s who was condemned to death. Washington pardoned those condemned to die. I haven't much liked most of the Wigles I have tasted previously, but I do like this wheat whiskey. Modest, but good. I'd score it around 82.

@Victor Good that you're having some Wigle's. If I were not on call, and I had some, I would be having it today in support of the lead singer of the Wiggles who is currently recovering after suffering a cardiac arrest at a fundraising concert in Australia.

Golden Blue, based in Busan, is also imported, but it is blended in Korea and the ABV is below 40%. They have plans to release s Korean-distilled whisky in the next 10 years.

Still, It would be cool to come home with a bottle from Korea. I'll have to look if I'm successful in booking a trip this spring.

@Victor - wish I was there with you to watch some football and share some drams. That would be awesome!

After a week of snow with a windstorm in the middle, decided it was time for something tropical (but it does have whisky in it so it’s appropriate to post here).

The peat comes through in the finish. Interesting mix of sweet, funky, earthy and peat (not much smoke). I would make this again! 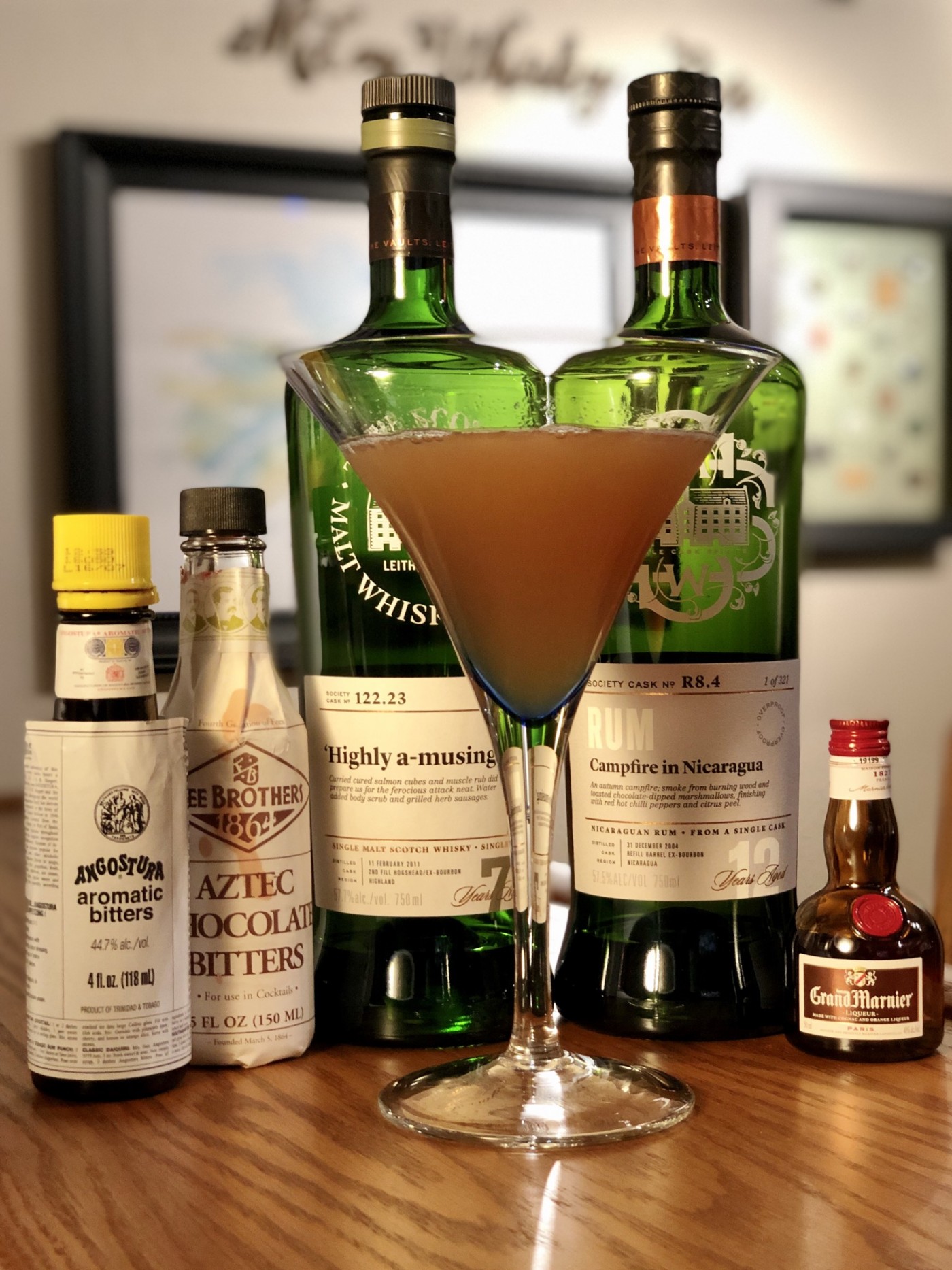 @bwmccoy I'm sure that you make a great cocktail! One day....

Thank you for the information @Victor.

On a more serious note... I am deeply sorry to hear of the passing of your wife. As you know, I haven’t posted in several years. Unless I’m mistaken, she would have passed within these past few years while I was on hiatus from the site.

I never had the pleasure of meeting her of course, but from what I knew of her through your posts I’m sure I would have very much enjoyed meeting her.

I’m so sorry for your loss.

4 months ago 7Who liked this?

Yes @Nozinan, it seems that is the case.

I have plenty of time to visit different shops and make a decision.

I will definitely let you know what I end up getting.

@CanadianNinja thank you. Julie passed away on December 28, 2018. The shock is still fresh.

4 months ago 7Who liked this?

I was shocked to read it in your post @Victor.

I wish you and your family nothing but the best.

Before dinner, I made another Tiki Peat cocktail in order to finish off the bottles of Society rum and whisky that I used in it which only had about an ounce left in each of them.

Just finished a glass of Green Spot at a nice little whisky bar I found in Gangnam, think I’ll have a Bushmills Black Bush next...

Last night, had a glass of Linkwood 15 Year Old from Gordon & Macphail while watching season 5 of Shetland.

Haha! @Nozinan, I just walked past a neon light display of that guy.... It’s located on the corner at one of the entrances to the Gangnam subway station.

Gang = river; nam = south. Gangnam wasn't a thing when I left Korea in '82. I assume it is what is now a more developed area south of the Hangang (= Han River). I used to live in Riverside Apts (location = Yongsan-ku, Dong-bu, Ichon dong) on the north bank of the Hangang. In 1980-1982 everybody knew that if the balloon went up that your life as a soldier wouldn't be worth a nickel if you were on the north side of the river. Fortunately the balloon has not gone up, though an armed truce since 1953 is most definitely not a state of peace. When I lived there, it was only beginning in Feb 1982 that the nightly 0000-0400 hrs curfew by the ROK (Republic of Korea) army was lifted. In those days if you were caught drinking in a club at midnight, you had to stay in the club until 4 am, before you could return home. ROK soldiers with submachine guns patrolled the streets.

@bwmccoy my wife and I absolutely love Shetland. Linkwood sounds perfect to go with watching that