I’m having a crazy July, so I haven’t been doing much careful or thoughtful sipping. I’m up at our “cottage” and I’m done working for the night so I’m tucking into some plain old Buffalo Trace. I may or may not have done Lot 40 afterwards.

Last day of work before a few days off. Of course that means working until midnight trying to wrap everything up before I go.

I'm taking 13 different whiskies with me for my vacation (some are samples or small bottles). I'm sure my brother-in-law will bring some whisky as well. Looking forward to hanging out with family and sharing some drams.

I’m back home and sipping some rum tonight; El Dorado 12 Year. I heard through the grape vine that ED has drastically reduced the amount of “additives” in order to comply with some new E.U. regulations. This ED 12 is still on the sweet side but remains quite enjoyable to my palate, though I prefer the 15 Year to this one.

Tonight a small dram of a private single cask bottling of Port Charlotte 12 year old matured until 2016 in a Sherry hogshead. It comes in at 50% and is gentle enough to be had without water.

I paid about £70 for it at auction a few years ago and sadly reaching the last of the bottle.

Soft, sweet Sherry notes with smoked meat and just a touch of the farmyard that defines the Port Charlotte spirit for me. A long smoky sweet to drying finish really rounds it off.

A lovely dram and enjoyed by many in our road at an end of lockdown BBQ organised last summer, which accounts for the low bottle level! Glad to share this one.

Getting ready for this evening's Whisky Guild Tasting... 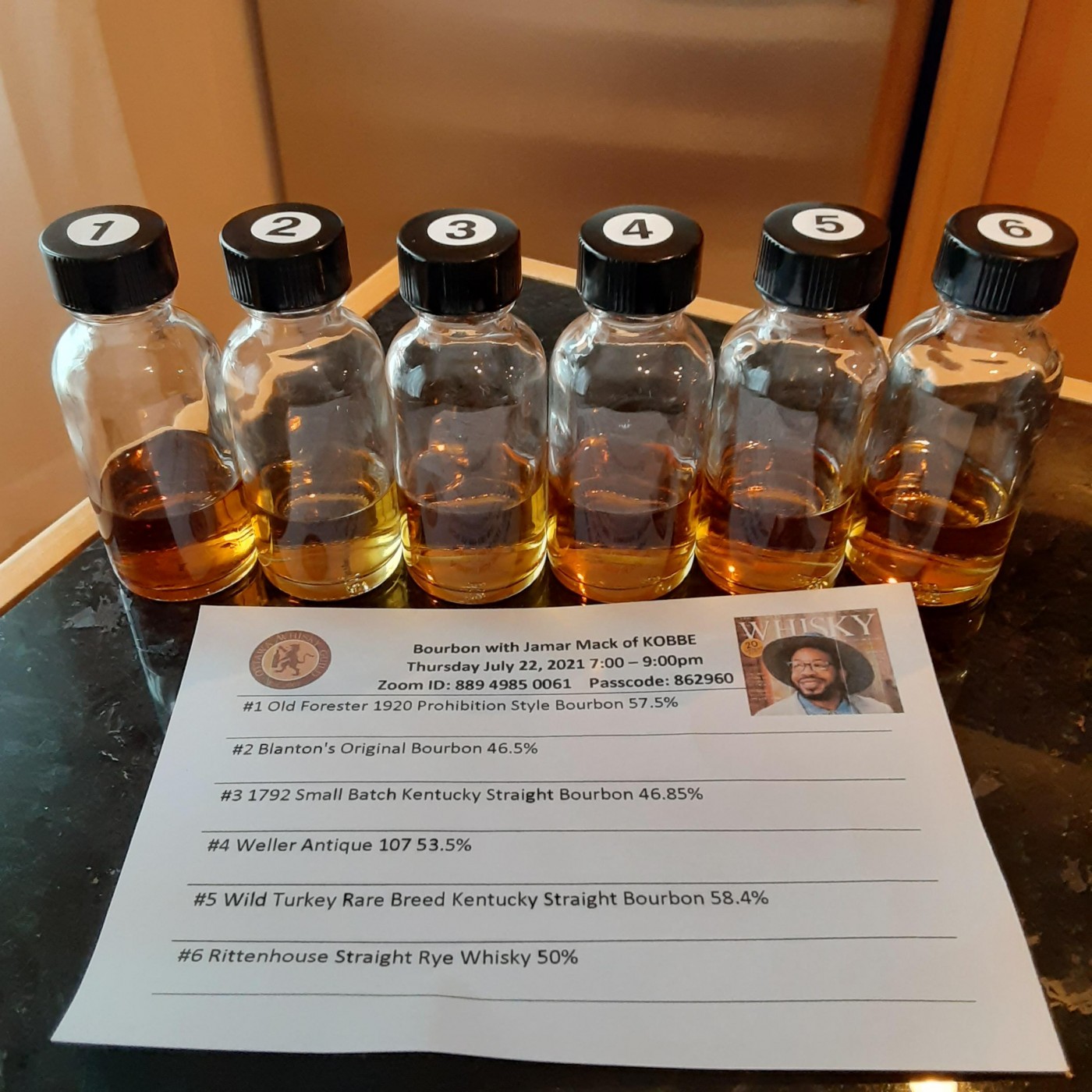 @YakLord Imma crash that now that I have the Zoom info ;)

@casualtorture Visitors would have been welcome... 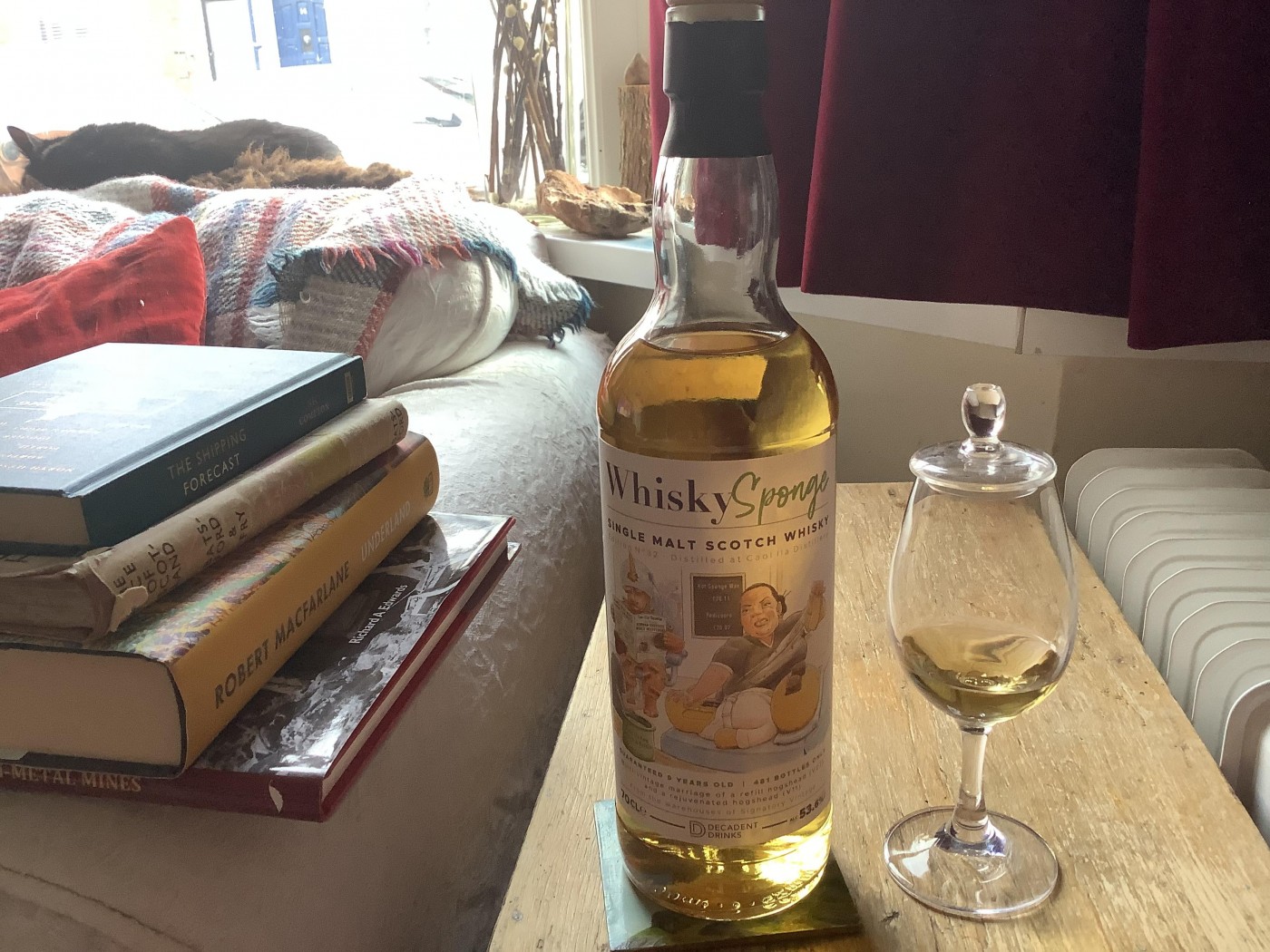 @paddockjudge haha Yeah the labels and the text are refreshingly different! Brings a bit of fun to it all and that’s what it’s all about surely?

Brothers from different mothers. A pair of Old Malt Cask 20 year olds. Tobermory and Glen Garioch. Both at 50% ABV, both from refill hogsheads, both delicious with a slight edge to the Glen Garioch.

7 days ago 8Who liked this? 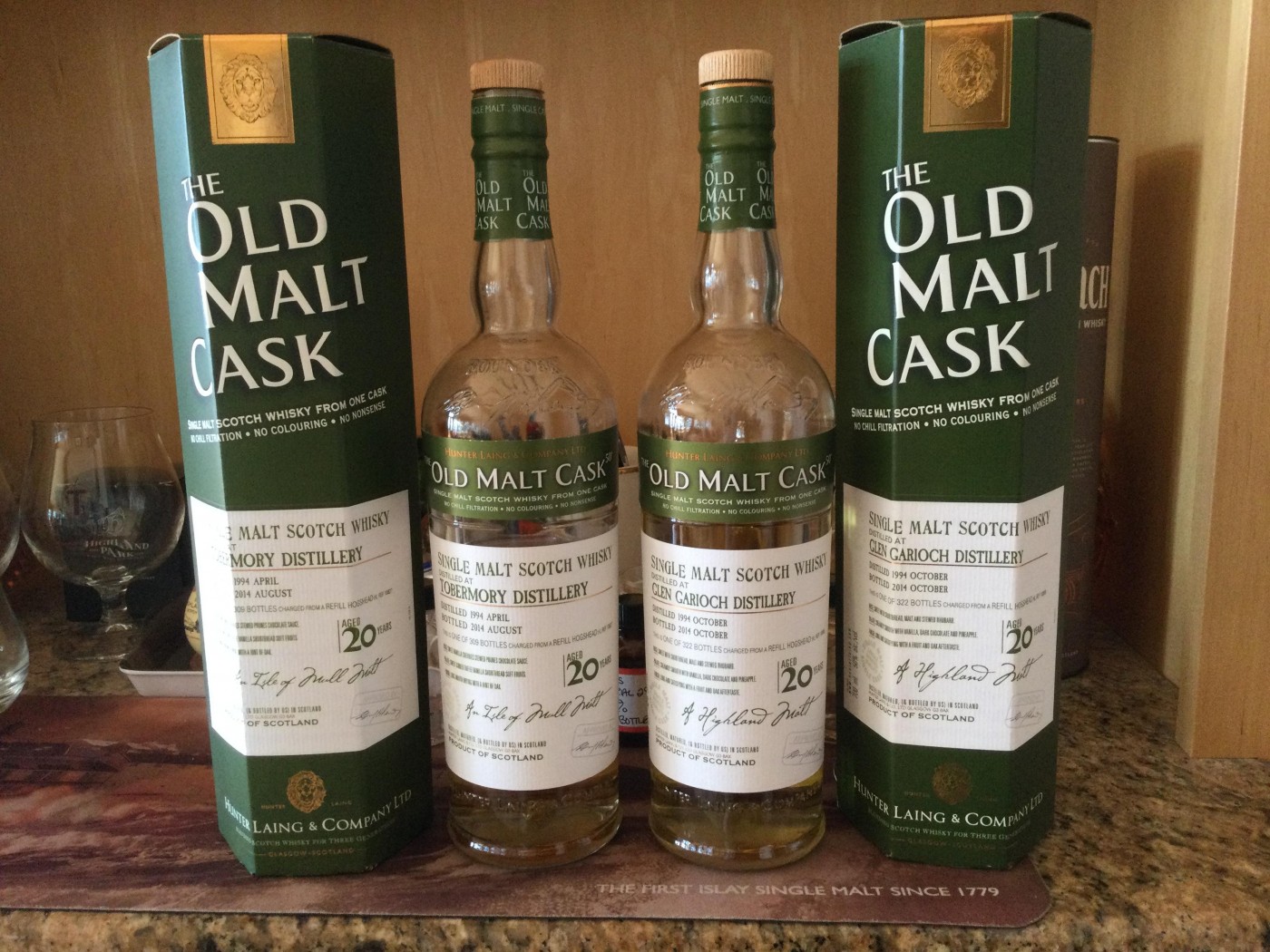 Having some Arran Amarone while my wife and I watch the US women's volleyball vs China. My wife is Chinese, and this is the first Olympics we've watched together since being married. It's an interesting dynamic trying to cheer for our own teams when they play each other.

6 days ago 6Who liked this?

Spent the last few days "off the grid" (no internet or cell service) at my brother-in-law's property in the northeastern part of Washington state (very close to the Canadian and Idaho borders).

Glenallachie 15 year old (distillery bottling). A sample from a friend of mine.

Compass Box No Name #2 (another sample from the same friend as above.) This blend is 75% Caol Ila in Sherry casks.

Glenmorangie The Tribute 16 Year Old 43% ABV. (Another sample from my friend.) This is a lightly peated release with an emphasis on "lightly". Also, the 43% doesn't help. This is a good dram, but it could be so much more.

Braeval SMWS 113.37 (7 year - August 2012) "Picking fruit from an oak tree" from a second-fill ex-bourbon barrel - 64.1% ABV. This is a very good dram and was a big hit with several family members who aren't whisky drinkers.

Miltonduff SMWS 72.92 (7 year - March 2011) "A wonderful welcome" from a first-fill ex-bourbon barrel - 62.2% ABV. Several family members tried this one as well and also liked it. I will convert them one of these days...

Glenallachie SMWS 107.21 (8 year - May 2012) "Bounty on the galleon" - 1st-fill ex-sherry butt" - 63.3% ABV. The non-whisky drinking family members did not like the sherry influence of this one compared to the previous ex-bourbon casks, but my brother-in-law and I loved it. :-)

Kilchoman ImpEx Cask Evolution – Calvados Finish 56.6 % ABV, 50 PPM. (Another sample from my friend). This 8 year old single cask was matured in a Buffalo Trace Bourbon barrel before being finished in a Calvados cask for 8 months. The apple note from the Calvados was perfectly balanced with the typical Kilchoman nose and palate. A non-whisky drinking family member who hates peat really enjoyed this one, as well as did my brother-in-law and I. I would buy a bottle of this one, if I could.

5 days ago 9Who liked this?

@bwmccoy, no connectivity required for whisky

I absolutely love 'down time' in remote areas. On a rainy day a classic literary work and a bottle of liquid sunshine is tonic for the soul.

5 days ago 8Who liked this?

I spent most of the day working on assignments (I’m currently enrolled in part 1 of the principal qualification program) so I spent the evening sitting and talking with my better half. She drank Cabernet Sauvignon and I had:

4 days ago 5Who liked this?

@bwmccoy That’s my idea of a holiday.

@casualtorture The Olympics is not the only context in which they are playing each other. Interesting (somewhat scary) times we’re living in. 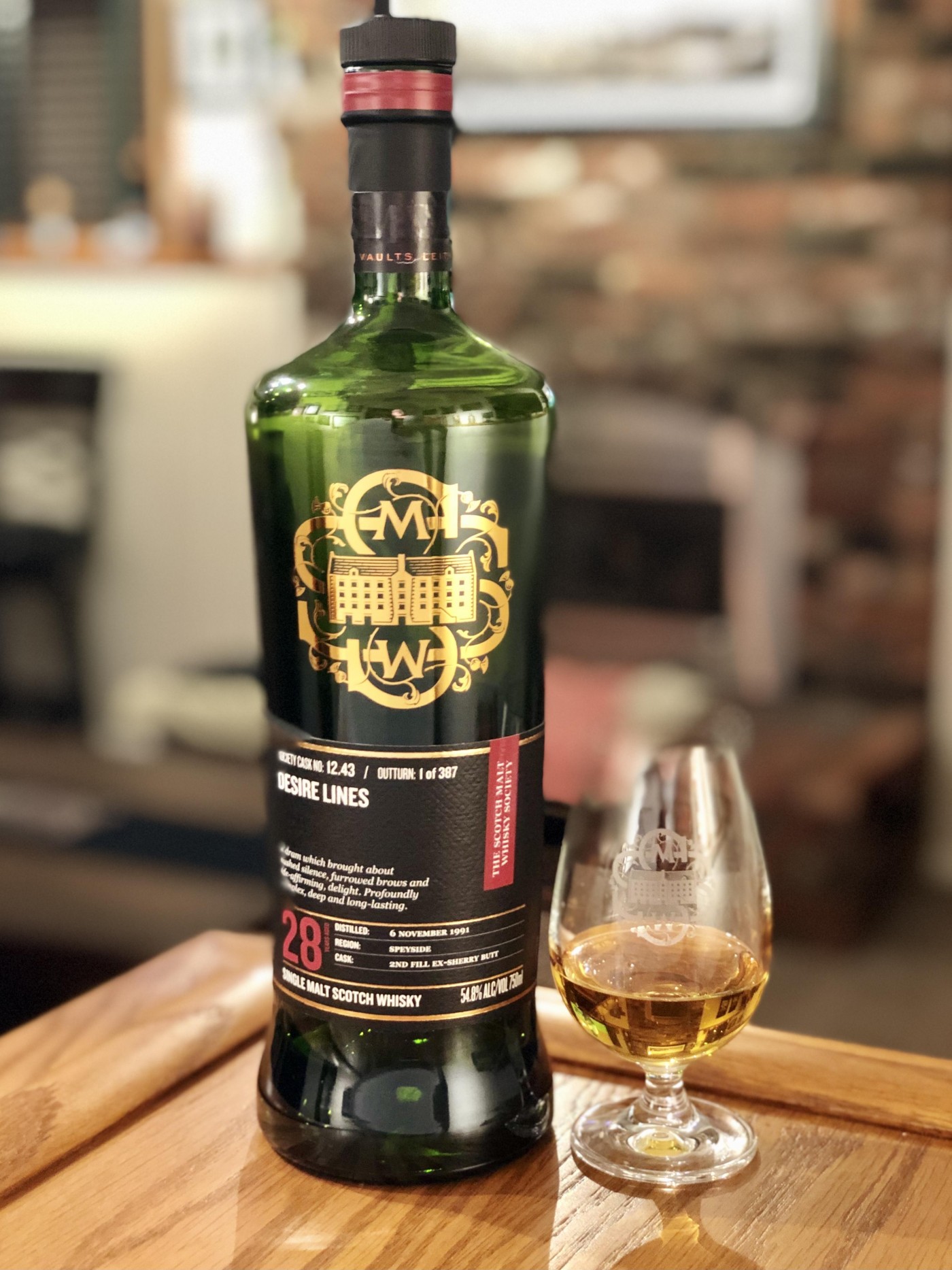 @BlueNote yeah, don't bring that up around her. They are zealously patriotic, even nationalist. They are the best and can do no wrong lol.

@casualtorture In 2016 I was in Xinjiang during the Olympics. We were staying in the nursing home of a friend of my sister in law because there was no room in their apartment.

We watched the finals of women's volleyball with a bunch of the residents. There was great joy when China won.

Tonight, a couple of Black Manhattan’s made with Maker’s Mark 46.

Tamdhu 15 tonight and thoroughly enjoying this one. Thanks Rian. Cheers..

No whisky tonight, as we're doing a gin tasting... 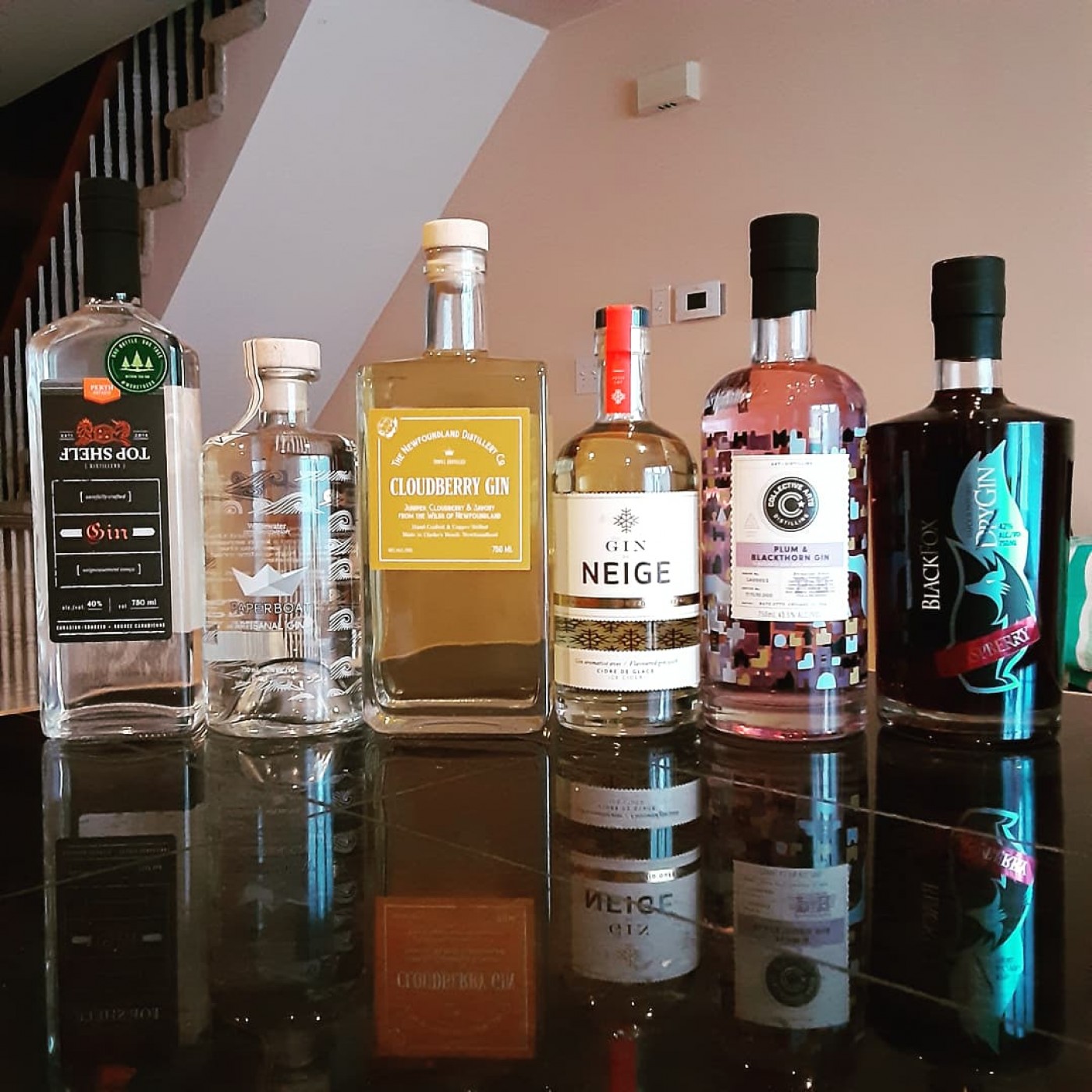 Tonight a little zoom dram session with some friends. At one point @paddockjudge had to request that the conversation turn back to whisky. I think it's good that we can talk about other things as well...

I had small pours of Cutty Sark Prohibition, Alberta Premium Cask Strength 2020 edition (COVID strength), and finished up with 5 cc of Aberlour A'Bunadh.

A nice evening with great conversation and I left with both a reading list and a movies to see list...

@Timp - I didn't like the finish that much to start with but it's definitely improved with air. Glad you liked it!