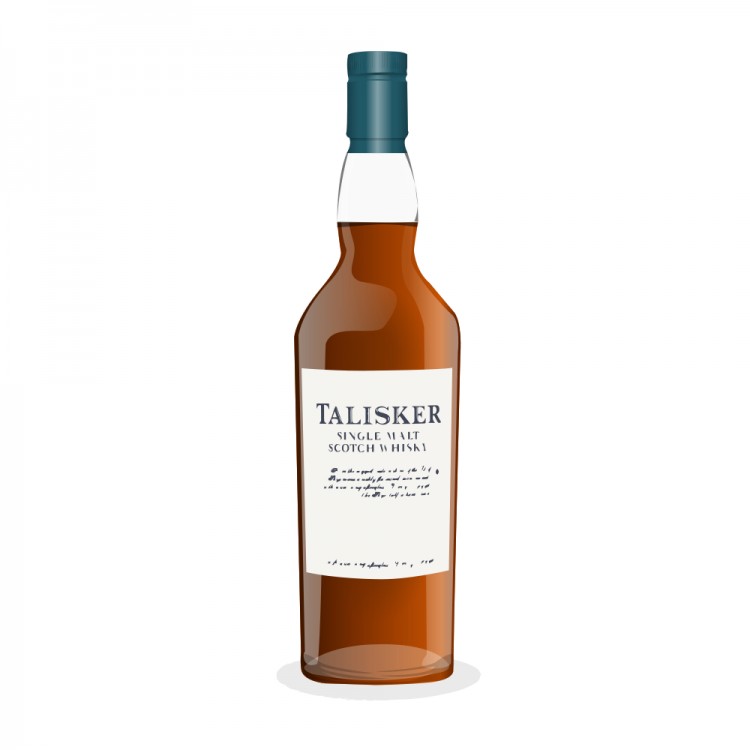 Talisker distillery is the only distillery on the Isle of Skye and was founded in 1830 by Hugh and Kenneth MacAskill, sons of the local doctor. It was rebuilt between 1880 and 1887, and was extended in 1900. In 1925 the distillery was acquired by the Distillers Company Ltd and today is part of Diageo. In 1972 the stills were converted to steam heating and the maltings floor was demolished. Talisker distillery is famous for its stills’ swan neck lye pipes: A loop in the pipes takes the vapour from the stills to the worm tubs, so that some of the alcohol condenses before it even reaches the cooler; it then runs back into the stills and is distilled again. This special, limited edition was released in 2005 to commemorate the distillery’s 175th anniversary; it carries no age statement and was produced with an outturn of 60,000 bottles. Apparently some of the oldest component malts used are from the mid 1970ies, while the youngest are at least ten years old.

The nose is surprisingly fresh and sweet. Apricot and caramel flavours are most prominent, followed by hints of prunes and fudge. Soft smoke lingers in the background. A very delicate and refined nose!

The palate is medium-bodied, smooth and almost silky on the tongue. Apricots and caramel flavours are back, together with lemons and oranges. Smoke is barely detectable and mingles with notes of apple and ginger.

The finish is of medium length and fruity. The soft smoke is still there, and a faint tannic dryness rounds this off.

This is an unusual Talisker, very delicate and without the ubiquitous chili kick. It is very well balanced and very, very drinkable. Good to know that the guys at the distillery can also produce malt of this kind. This expression put the distillery back on the map for me – well done!

END_OF_DOCUMENT_TOKEN_TO_BE_REPLACED 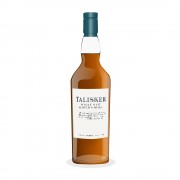 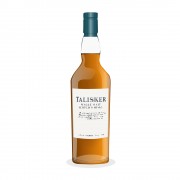 END_OF_DOCUMENT_TOKEN_TO_BE_REPLACED

Sounds nice, and not too expensive $120 USD.