Also, at at the mid 80 mark or less--Whistlepig's Piggy Back (6yr.): I like it, even if it's not one of the WP bottles that I love (like the original, the CS bottlings, and the Boss Hogg when it was relatively cheap). Can't say anything about the Farmstock 001/002/003, but I'm tempted, even with the low abv (85%). The Old World tastes like a gimmick. After sipping the Piggy Back--and not finding it thrilling as a sipper-- I went and picked up some Blood Orange bitters and Vermouth to see if the Piggy Back holds up in a cocktail.(Incidentally, I feel bad for Raj Bakhta and hope he gets his shit together. Gossip gossip.) Speaking of rye, there's a place around here with two shelves of Canadian stuff. Maybe I'll take a snapshot on the phone, post it here, and see what what is worth buying. They have a Wiser's, but not the Legacy. My older rye-loving family members are fans of Wiser's, but I doubt they have tried the Legacy.

One of the guys at work came through for me at the LCBO lottery. 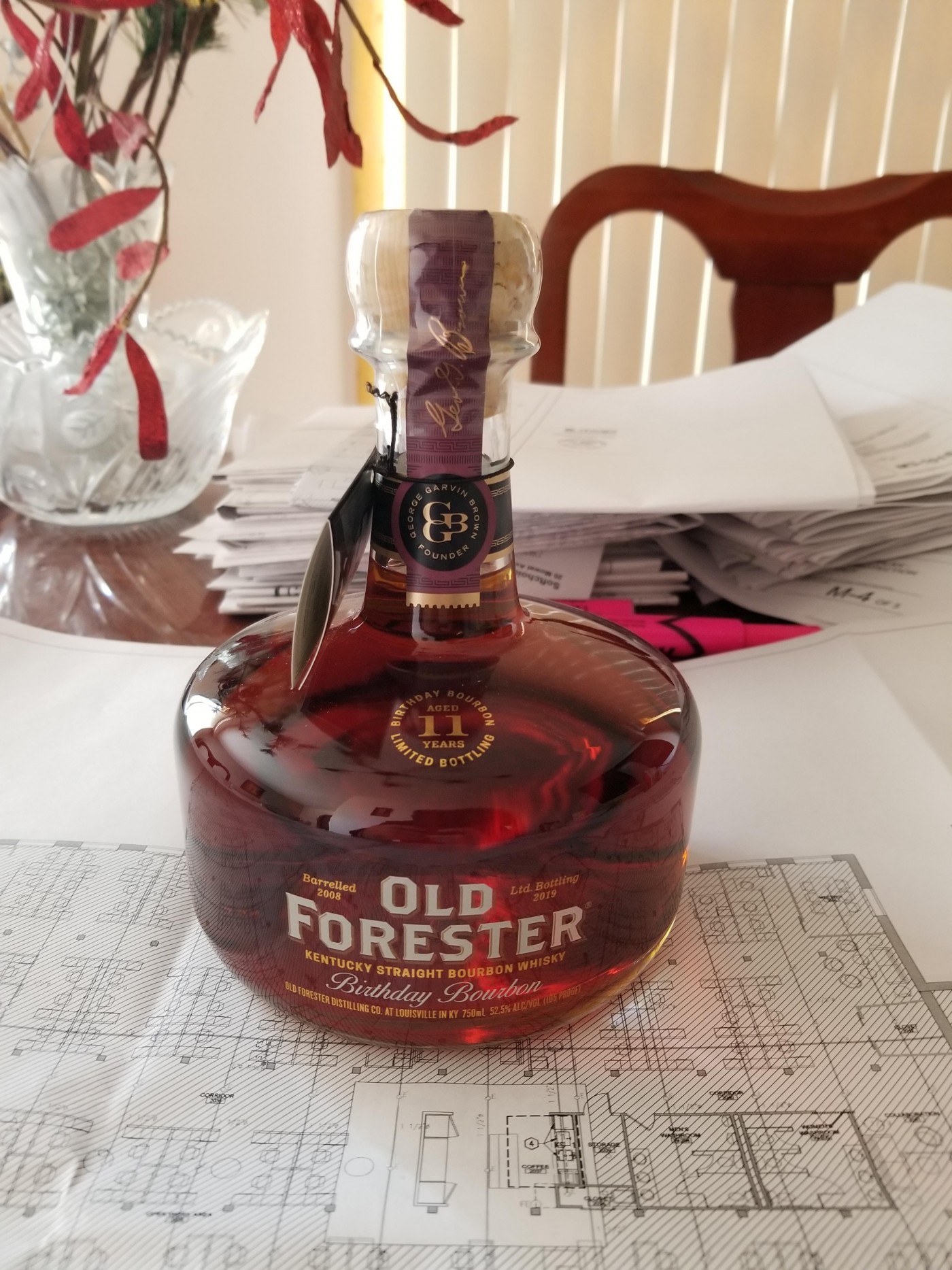 I got home from work to discover a friend had dropped by and left three bottles he was holding for me. The Balvenie 17 came from Alberta. The Macallan was an LCBO Unicorn sighting and generously offered to me because of my son’s fondness for this particular expression. Baker’s 13 YO was a bottle that may have sat on an LCBO store shelf for a couple of hours before it was rescued.

I knew the bottles were safe, and available anytime for the asking, but what a great surprise when I got home... and what a huge disappointment to have missed my Toronto based friend by 30 minutes.

My son will be pleased when I eventually give him the bottle of Mac12, his favourite whisky. 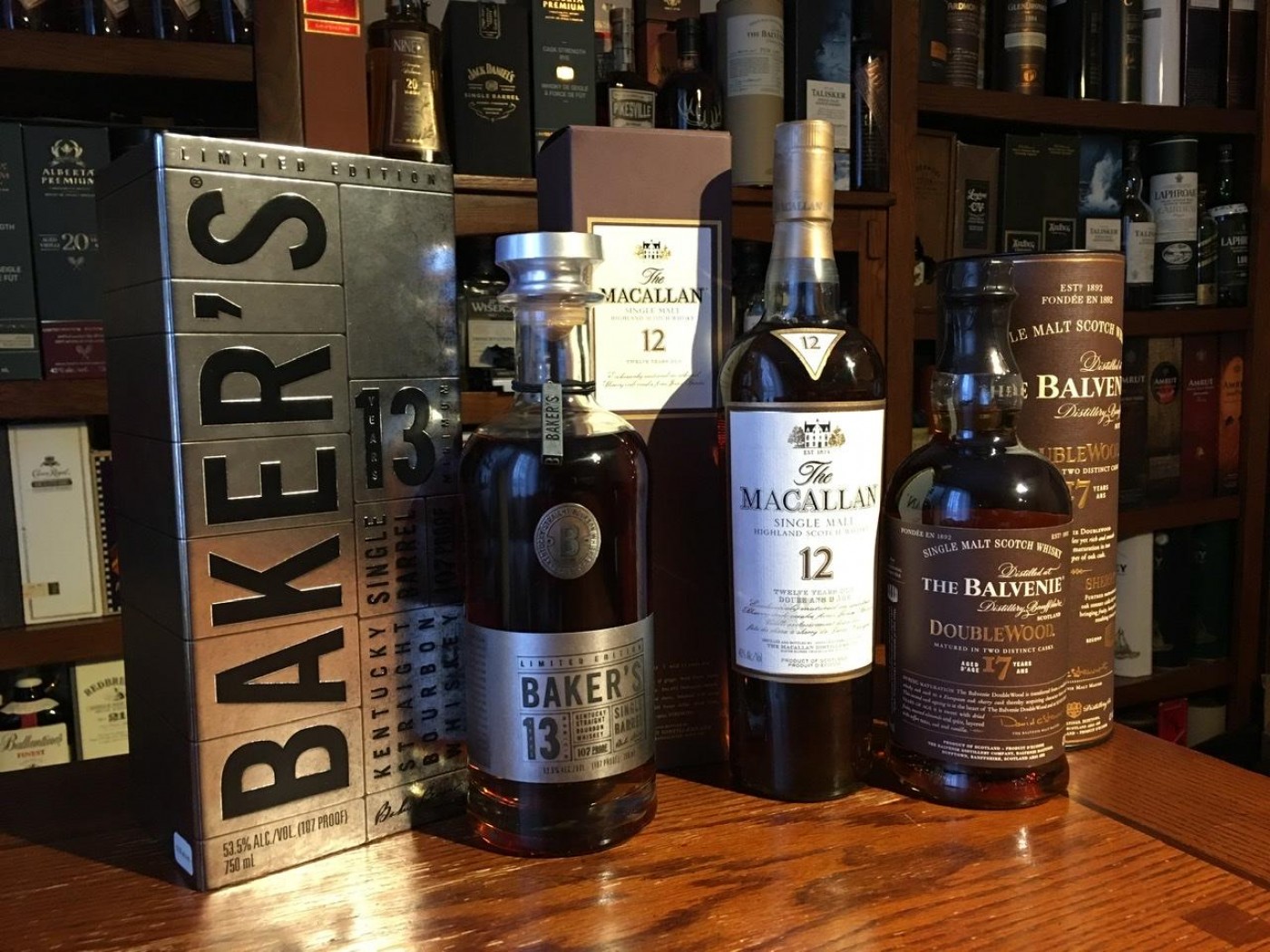 You have a great friend @paddockjudge! ; )

@CanadianNinja, we have a great Connosr group up here. @fiddich1980 did me a solid favour today. Cheers Tony!

I envy you boys @paddockjudge.

It’d be nice if I had the chance to get together with fellow members over here in Japan.

@paddockjudge I agree...@fiddich1980 has become quite adept at helping not only those in need, but also, like you, those in want....

A more generous whisky buddy is hard to find.

Not wholly a self-purchase as I had some birthday cash come to me early so put it towards a bottle of Flaming Heart 2018. Not had a Compass Box for a good while and they're usually full of character and this one's profile seems like it should suit me to the ground. Peat, some sherry and when Clynelish is used as a 'filler' ... It was this or AnCnoc 24 but the CB was surprisingly under £100 and I was gutted to miss out on the last edition so mind was made up!

My vote goes to the Glenfarclas @RianC!

@CanadianNinja - that's what I'm thinking but it's whether I pop another and full on indulge myself. As it stands the farclas and the CB are topping my list ...

1) Kilkerran 8CS (active bourbon casks), There is a sherried one, but not around my parts.I'm partial to this profile in bourbon casks, especially because of its young age. 2) Benromach 10 (43%) This is my first taste of this.It's complex and punches well above its abv in terms of nose and taste.I'm thinking of Springbank. especially the funky mushroom note. 3) another back up of Berry Caol Ila 11(the last one in the shop) because it's just that good.

Been waiting for this to show up. 14 year Whisky at 45% for under $45. Found this Canadian Glencairn at a thrift store for $0.49. Both no brainer buys. This will be opened right away, in case I need back ups. 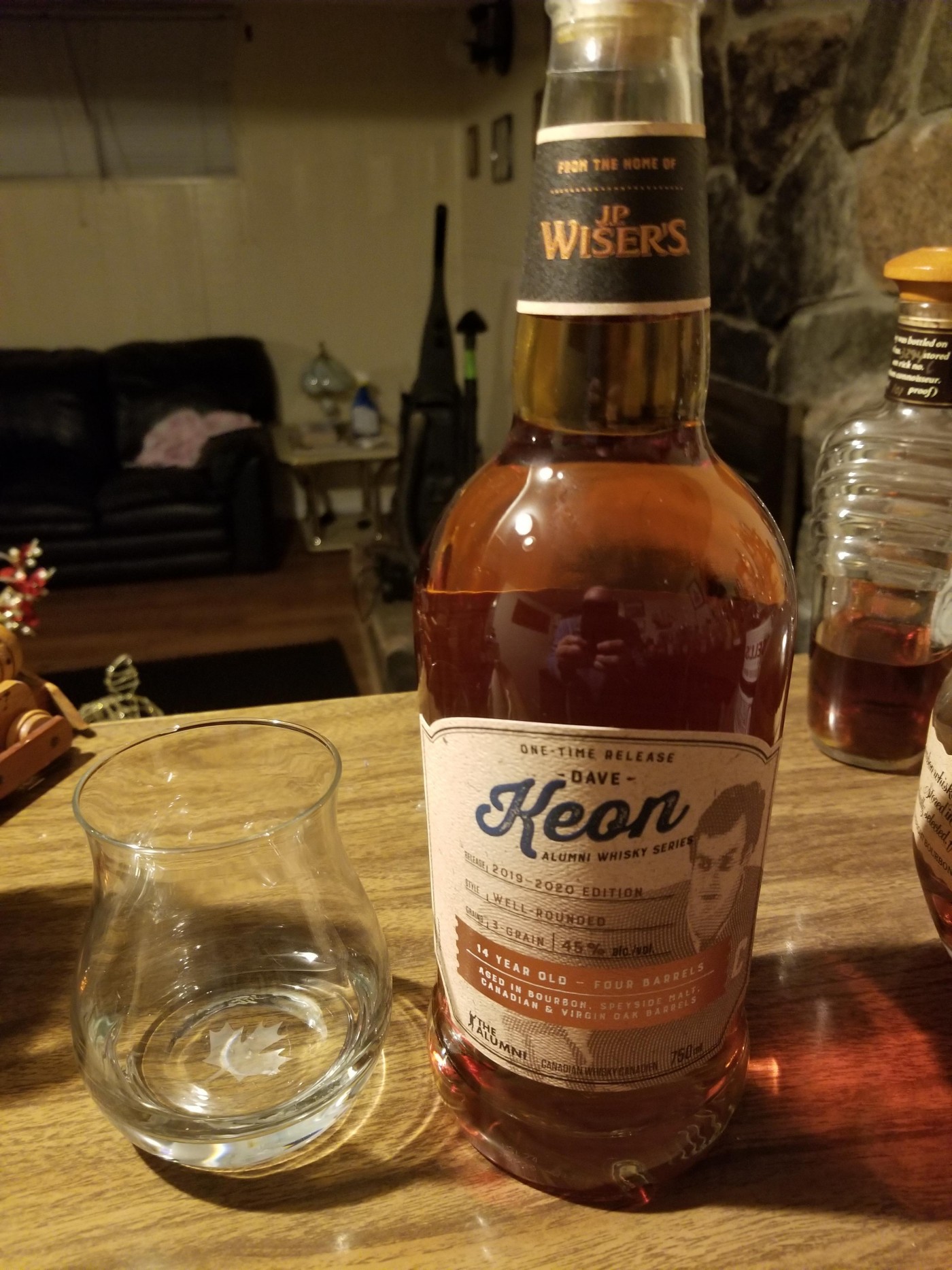 @Astroke Can't wait to hear about it...

I've not spent any hard earned cash on whisky this year. Early indications suggest this may be worthy of a small spend.

Not a bottle, but a book. Dave Broom’s Whisky, the Manual. It looked interesting, and I like cocktails and enjoying my whiskies in different ways so I thought “What the heck, why not?”

I'm checking one off my wishlist! My friend from Taiwan was visiting home for Lunar New Year and brought this beauty back for me at my request. Very excited to open it with him one weekend soon. 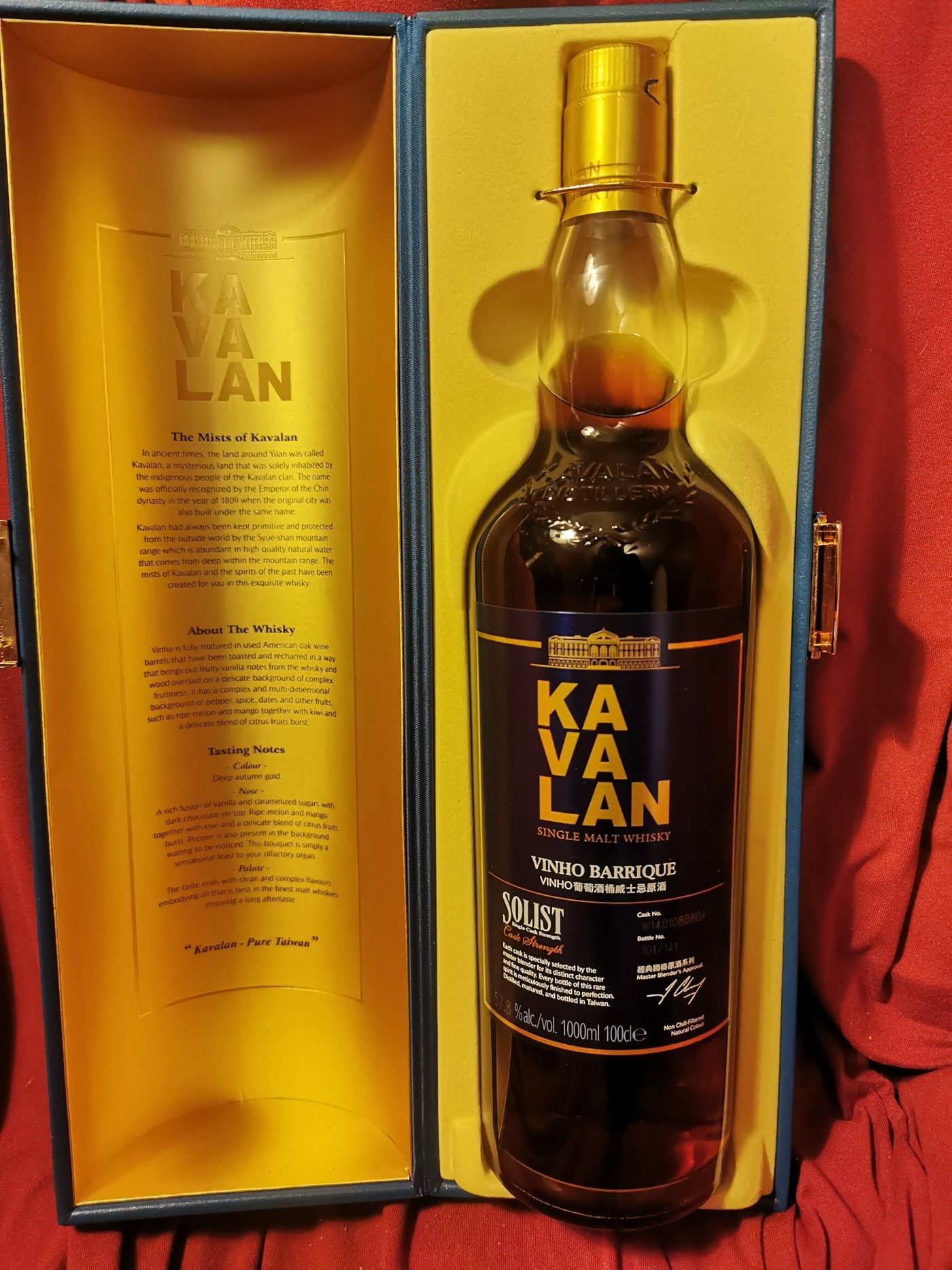 These two arrived today (whilst the wife wasn't home, which is a bonus!)

The Hazelburn is the first bottle I've brought since I joined the society last autumn. Cask strength 11 years old recharred Bourbon hogshead. Should be interesting.

Then the latest Springbank 12CS. I've brought at least one bottle of every release for the last 3 years. Occasionally I'll buy a second bottle and open it. I'm stocking up in the belief that at some point Springbank will discontinue the 12CS and I want to make sure I have enough to keep me going. 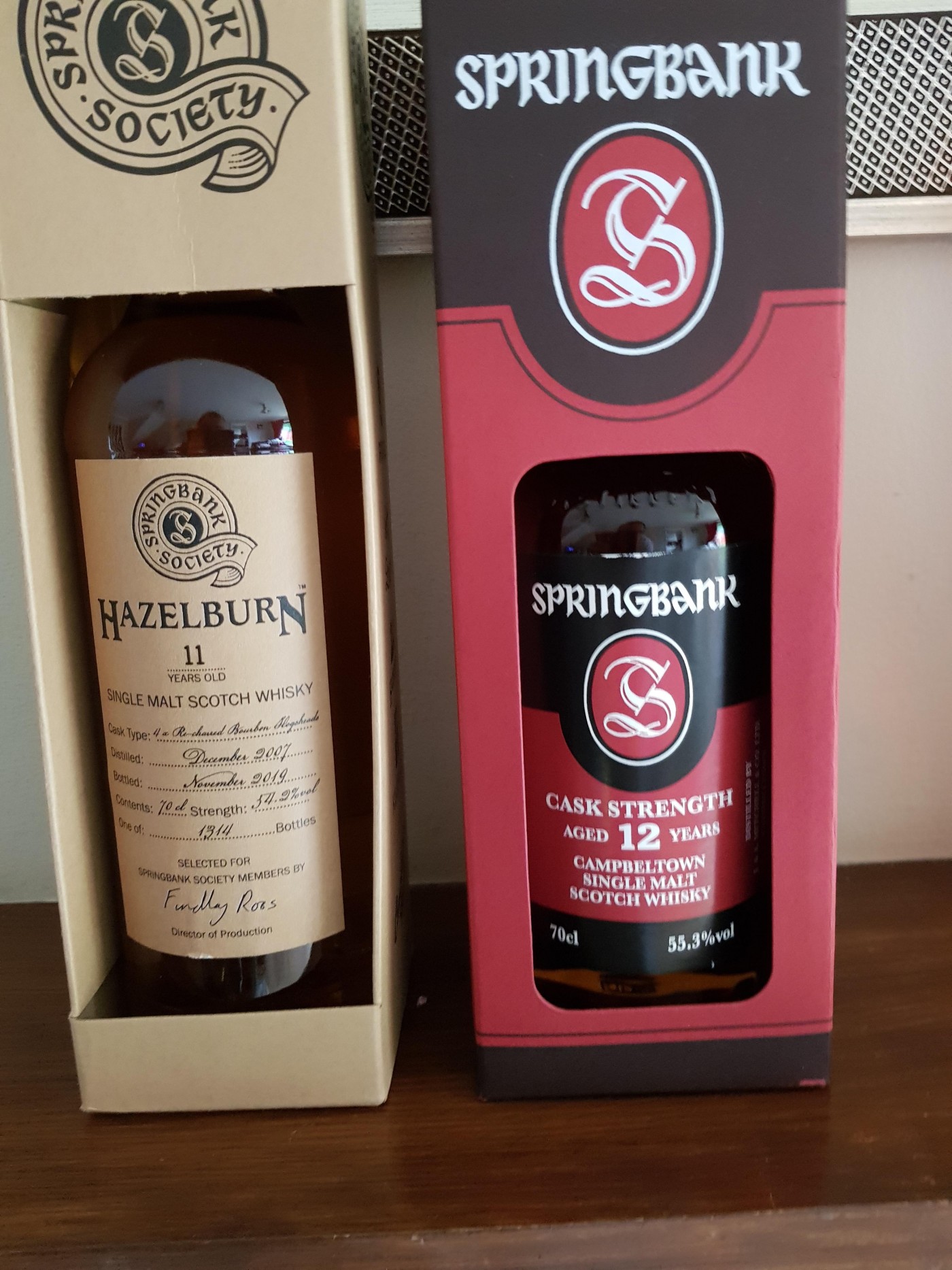 @Wierdo that's some smart thinking with the SB 12 CS. I wish I had squirreled away a few of the older batches that were a bit more sherry heavy.

@Hewie @Wierdo I started off my whisky journey by buying multiples of A'Bunadh, opening 1 and saving the other. I later discovered that even getting a single one of each batch was taking up too much space in my cabinet. Now I rarely buy any and I have enough to last me past retirement into my very elder years.

However, I have only a little left of the third bottle of Springbank 12 CS that I have opened since 2011 and while I'm not out to buy a lot this year, one of the newer bottlings would look great next to the one backup I have from Calgary.

@Hewie I've not actually tried one of the newer more Bourbon cask Springbank 12CS yet. I have 2 of batch 19 and will open one of them soonish. I agree though that I think it probably works better when it's more Sherry influenced.

@Nozinan it does start to get quite consuming. I think about 20% of my whisky stash is Springbank 12CS which is obviously a bit of overkill. Plus as they release a new one every 6 months it starts taking up a bit too much of my storage and finances!

May have to bite the bullet at some point and realise I've got enough stocked up and skip a release or two!

@Wierdo What a lovely couple.

A surprise early bday present of Cardhu Good Reserve. Yeah it's NAS and 40% etc but I've never tried any Cardhu before and free whisky is free whisky ...

@BlueNote true. Skipping a release may lead to regretting and searching for said release a couple of years down the road for significantly more cash than I could have purchased it for on release!

@BlueNote I would love to have the option of skipping Springbank 12 CS releases...

@Wierdo, there was a time when I suspect A'Bunadh was about 20-25%of my collection. Once I started branching out into bourbons and then Canadians the absolute number of A'Bunadhs has been about the same (maybe down 2-3 from its peak), but the portion of my collection it takes up has decreased to just over 8%.

But that is a single expression (multiple batches). In contrast, of my major holdings, my entire Amrut collection (many different expressions) is the only thing that takes up a larger % of my collection (13.5%). And Wiser's, but only if you count the Corby's Lot 40 CS as part of the same distillery which I do, is 9.7%. Even my other significant distilleries (FC and Bladnoch), don't beat it. So it is still a major player in my collection.

I got this Knob Creek barrel pick from a friend who picked it up from Beverage Bank in Whitesburg, GA. Apparently this is a hell of a pick as he went back the next day and got more for a few friends including me. Will be anxious to try this one as I've been a fan of KCSB bottles I've had in the past. 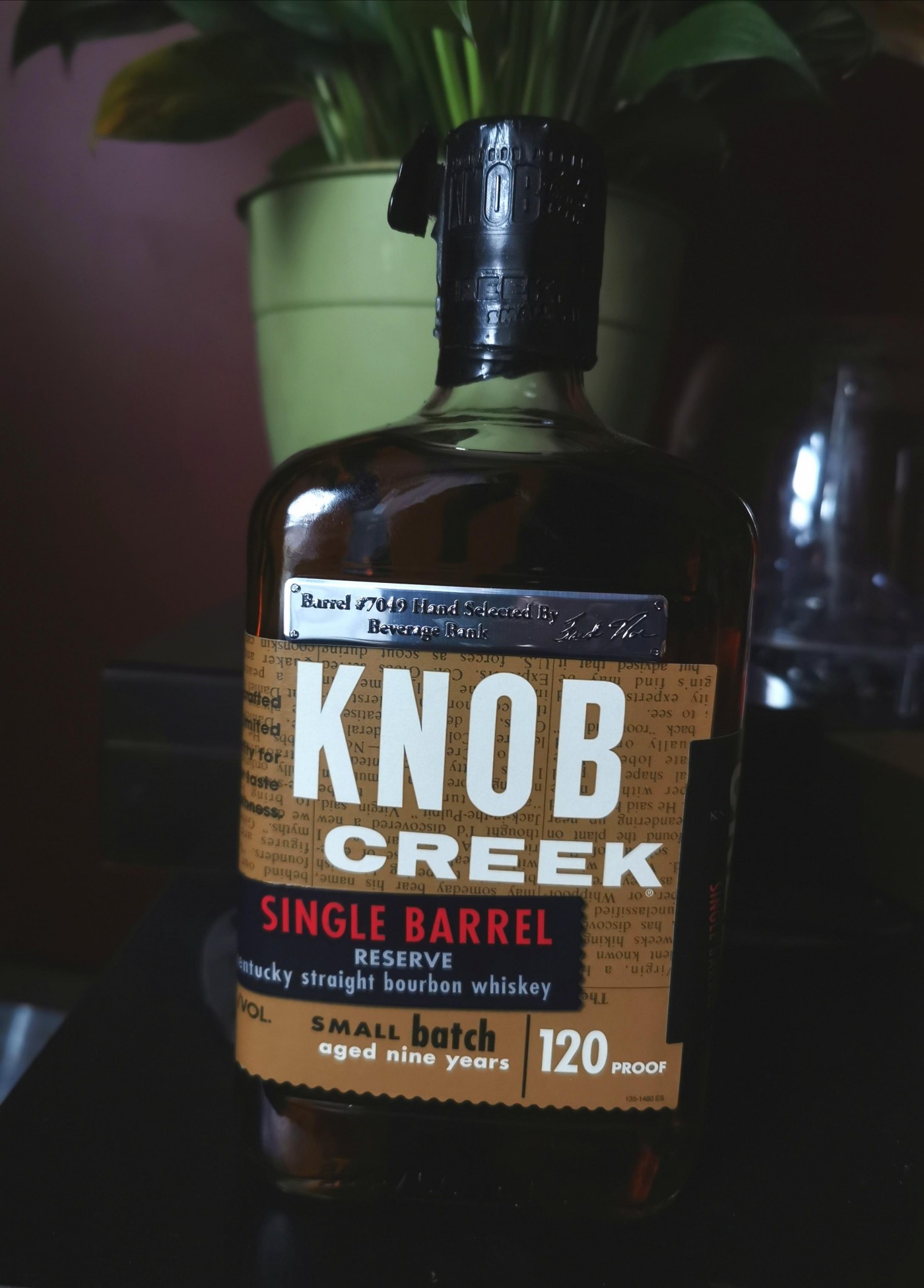