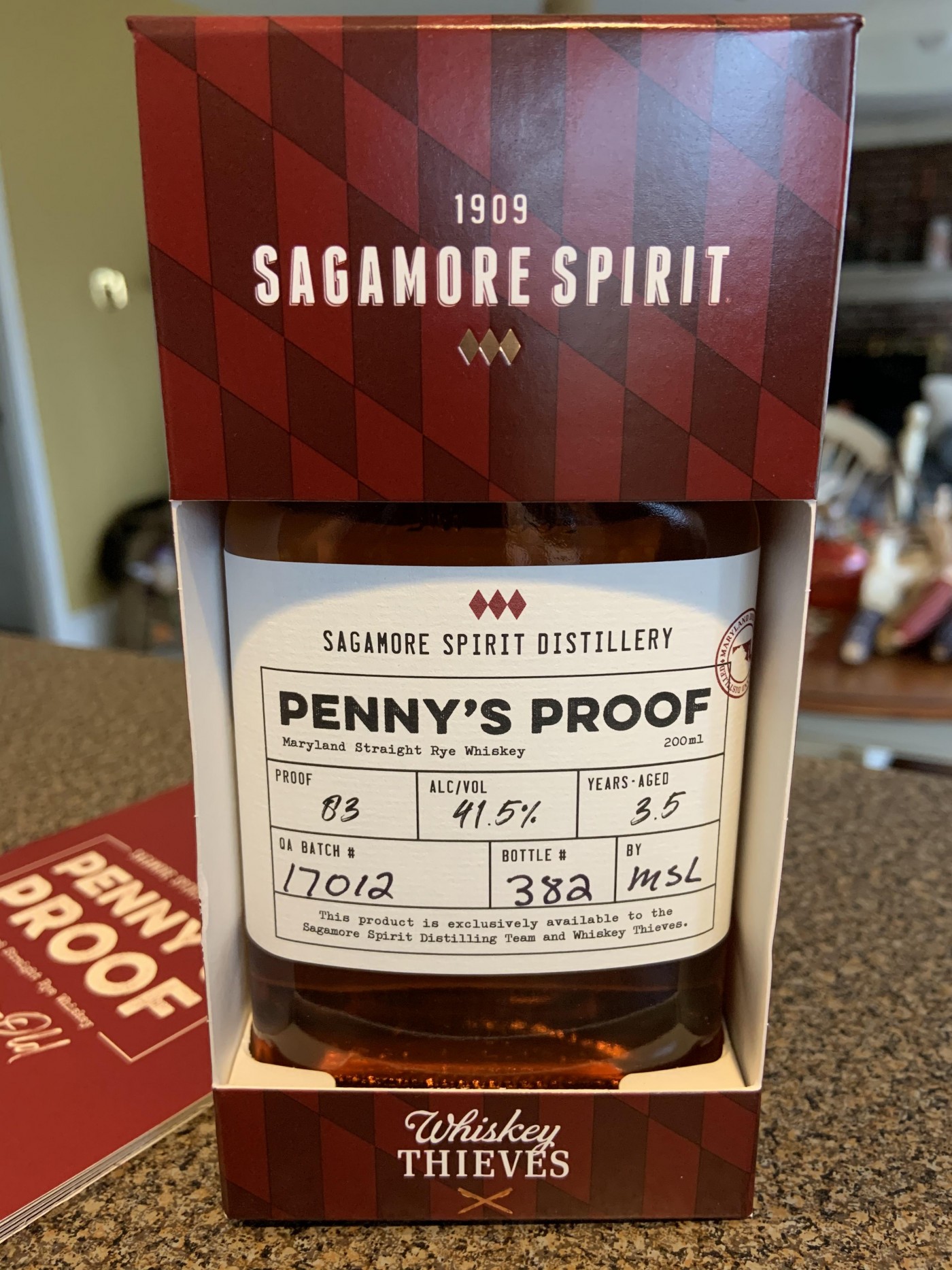 Also picked up these distillery exclusives to try. I actually had a chance to try the Madeira cask finish before it was released but I was asked not to talk about it until it was. 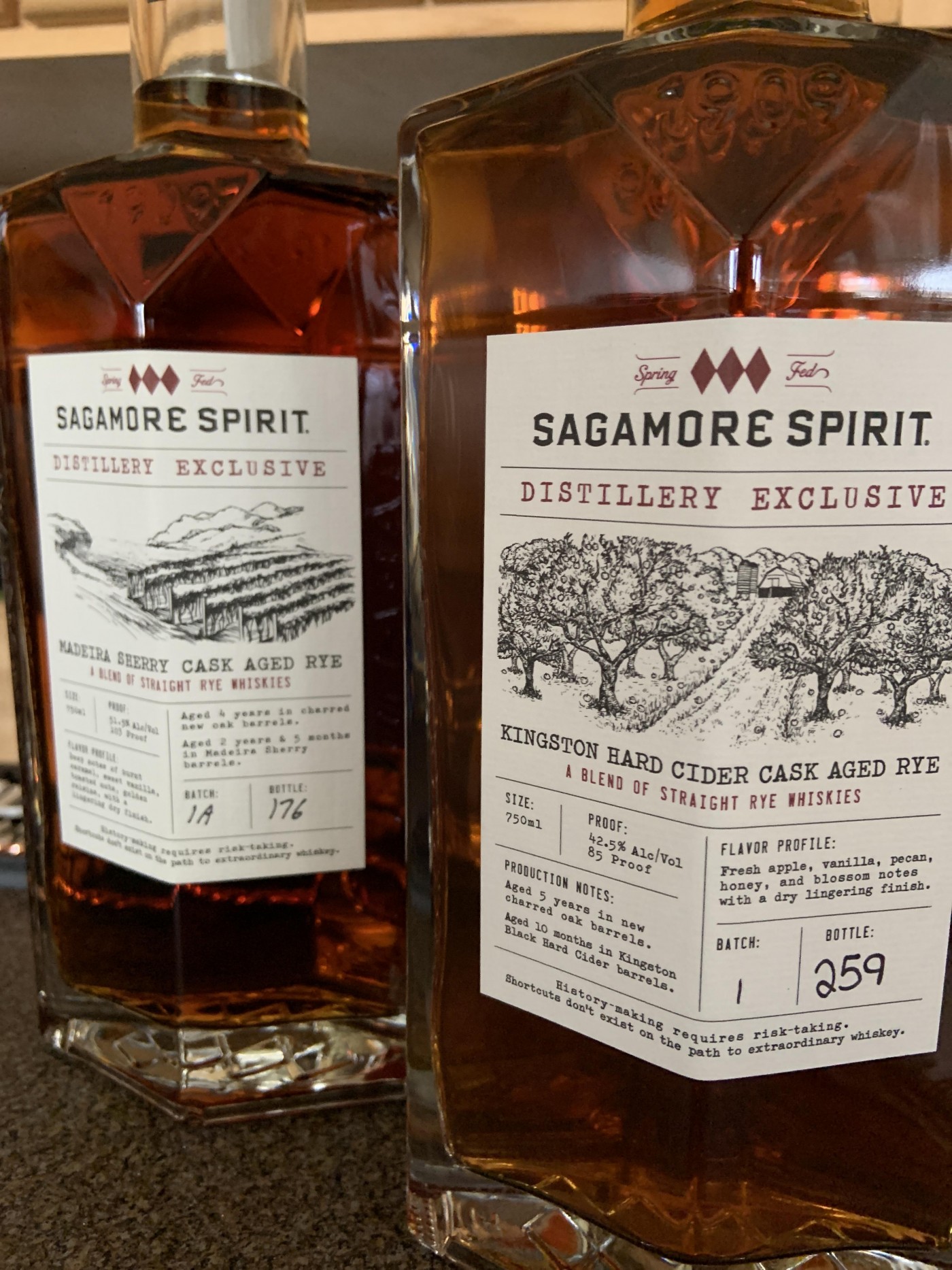 @TracerBullet so are these new Sagamore Spirits releases whiskies from their own distillate?

@Victor The Penny’s Proof, yes. The others are finished at Sagamore but not their juice. I have not tried this release of Penny’s Proof yet but I hear it is good enough to be bottled.

@TracerBullet Have only had the Sagamore double Oak. I really like it (despite the LCBO price). Wish they (LCBO) would bring in some of the other releases, especially the cask strength and Port finish. Nice to see they are bottling their own juice now.

@Astroke Well, they are not bottling their stuff to sell just yet. The Penny’s Proof is their stuff available in limited quantities to the Whiskey Thieves (free to join) group. Sounds like they will be bottling their own juice soon though.

Midwest Grain Products Ingredients make good rye whiskey. Everybody knows this. Up until now MGPI Rye has been Sagamore Spirits Rye. For 3.5 years of a Sagamore Spirits Distillery producing in Baltimore, plus the couple of years or so before that of non-stop promotion in the not-so-fine tradition of whiskey mythologism and misdirection, Sagamore Rye has been before the public in idea, without any evidence of skill at actually producing whiskey of quality on their own. You have to actually play and win the game before you are entitled to take a victory lap. No one likes rye whiskey more than I do. No one wants Maryland to return to the rye whiskey prominence it had 100 years ago more than I do. But boy, do I dislike BS and empty words. I very much hope to see great things out of Sagamore Spirits Rye whiskey. We will know their quality after they have released 2 or 3 batches of their own fully produced fully aged whiskey. So far all we have is Tabula Rasa. I am very hopeful, but so far I see nothing to celebrate.

I just got a bottle of the Lagavulin 2017 Special Release 12 year old. I got it so I wouldn’t have to open my 2016 200th anniversary bottle. Had a dram last night. Oh yeah, this is the real Islay deal.

@MRick Let us know how you like it. I have one and I think it is much better than the current wimpy 18 year old.

Not whisky, but I managed to snag one Foursquare Single Blended 12 Year Rum (48% abv), which is an LCBO exclusive. The lady told me they asked for 60 bottles thinking they’d get 24, but they got all 60. It sold out in less than 5 minutes for “same day pickup”. In fact, I had 2 in my cart and by the time I “checked out” I had to reduce my quantity to 1.

4 days ago 6Who liked this?

@BlueNote i liked it a lot at our PEI Spirits Festival a year ago. I suspect some might find the red wine tannins a bit drying but I like the backbone that the Rioja gives to the whisky. I also appreciate the strength.

@OdysseusUnbound These bottles went everywhere except within a 100 miles of me. The LCBO distribution is the biggest joke of all. I saw all the bottles online in Barrie or Pickering and said F it. Not driving there for a bottle of Rum. Will just watch the usual suspects sell them on facebook or instagram to all the suckers.

Picked up a couple of the Dillon's 200 ml cask strength Rye's. Lets see how they are at 59 months old.

@Astroke I ordered a couple as well. I wil as quite impressed with last year’s batch. I notice they are both from cask 113. I wonder what that’s about.

I’ve wanted to try their absinthe so I picked that up too, and I ordered a spoon to go with it (in lieu of paying shipping).

Dillon’s has been supporting front line workers with sanitizer from the beginning of the pandemic and I want to support them.

@Astroke The first ones in Barrie (last Friday) sold out before the store opened, and it wasn’t available for same day pickup. Or at least, the LCBO app wasn’t giving me that option. Hmmmm.

The ones in Barrie South End earlier this week went “active” at about 6:30 in the morning. I only got one bottle because a friend gave me a heads-up. I had 2 bottles in my cart for same day pickup and by the time I got to check-out I had to reduce the quantity to 1. The lady at the LCBO told me they sold their 60 bottles in under 5 minutes.

@OdysseusUnbound I saw the bottles in Barrie. I could have got one on the same day pickup. I refused to drive to Barrie from Hamilton for a bottle. The distribution was a debacle as usual.

@Astroke And then eleventy billion bottles at Summerhill. Shocker.

@OdysseusUnbound there were only 330 bottles in total.