Dropped one of my kids off yesterday for a sleep over in a small town 20 min away. Had a quick browse while I was there and spotted a Springbank 10. Ummed and ahhed but didn't buy it - been waiting for 10 months for some releases to arrive over in my corner of the world so want to keep my pocket money for those. But, after sleeping on it I went back today after picking my kid up and grabbed it while I could. Make hay while the sun shines, right?

8 days ago 8Who liked this? 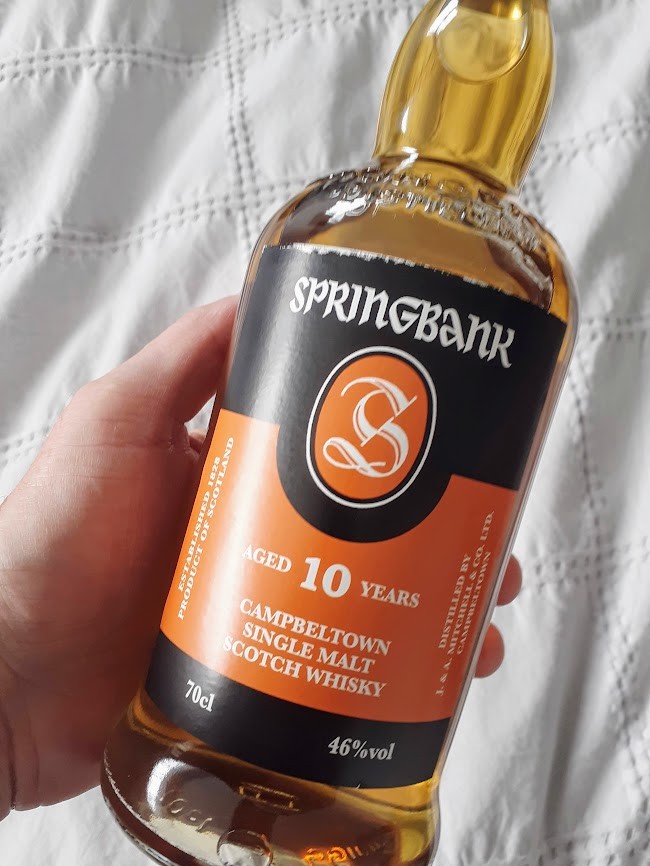 @Hewie Good call. Get 'em while you can.

@BlueNote @Hewie - agreed. My philosophy re Springbank 10 is grab one a year (maybe more) when I can. They're getting harder to source for sure.

@RianC Exactly. When it comes to Springbank, you should sing that Janice Joplin song to yourself: Get It While You Can.

The Quinta Ruban comes well-recommended by some people on this site. Priced just barely under $100 for a 14 YO at 46%, it was very tempting. When @talexander told me that if I liked the 12 YO version (I did, though I did not own it) I would really like this, that settled it. I opened it the same day I bought it, today. First impression is VERY GOOD. The only thing I worry about is being tempted to buy a spare at this price. I have nowhere to put a spare….

The Forty Creek is a rare, possibly unique CS release for 40 Creek. It is young, low ABV for age and cask strengthness (is that a word?). Definitely a “try before you buy kind of thing”. Luckily a group of us decided to make it a bottle share. Sure I may only be entitled to 150 cc, but I really do not expect any FORO on this one. But at least there will be no FOMO.

5 days ago 9Who liked this? 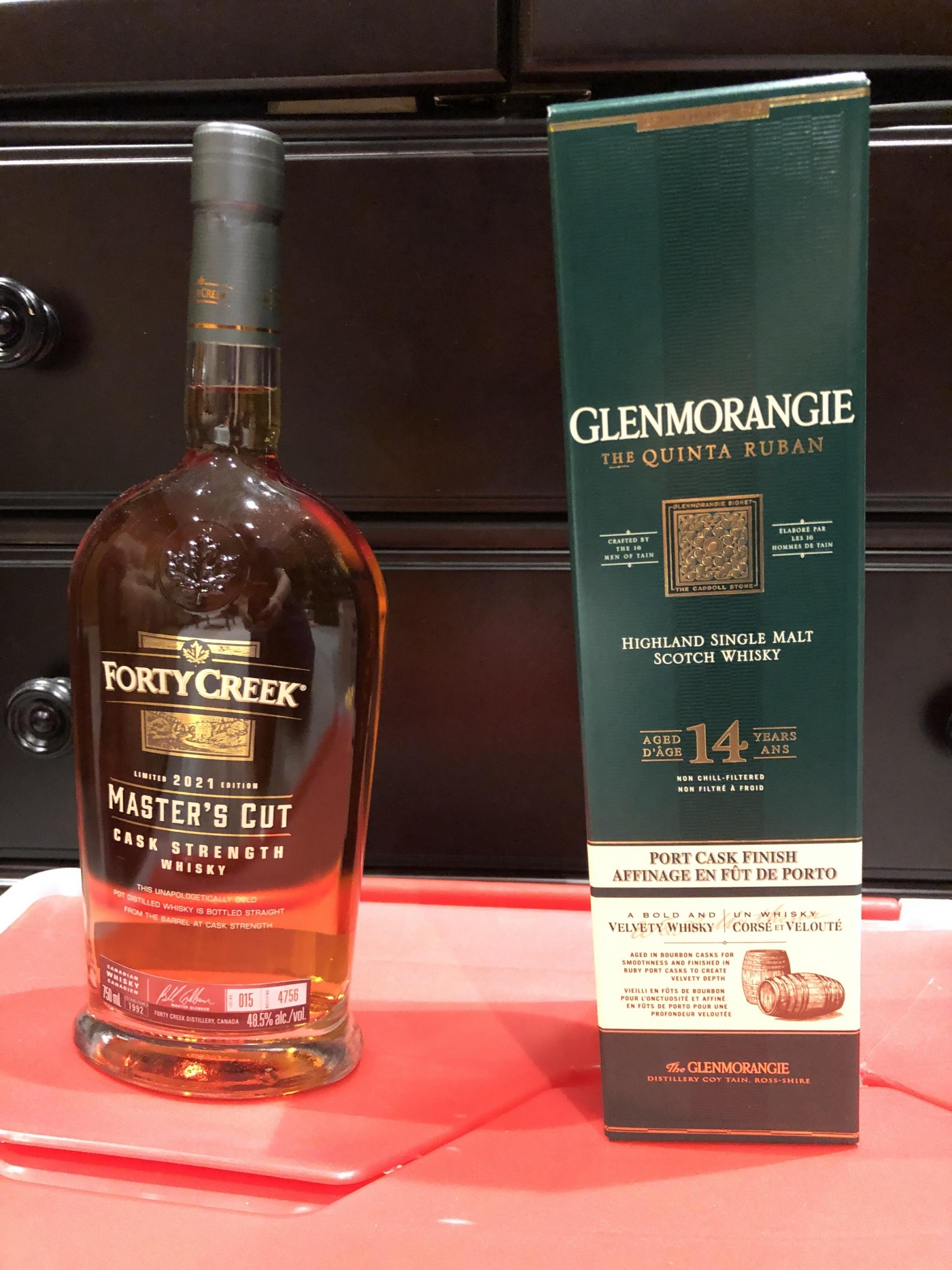 @Nozinan I love that 14 year old Quinta Ruban. If you like that one you would also love the Arran Port Cask Finish at 50% ABV.

5 days ago 4Who liked this?

@OdysseusUnbound i hope that works better than singing “Oh Lord, won’t you buy me a Mercedes Benz.”

@Nozinan You’d have more room if people picked up their bottles from your place, wouldn’t you?

@BlueNote Thankfully the Arran is not available in Ontario... while I'm sure I'd like it I would be tempted to buy it and nothing good can come from that...

@OdysseusUnbound While that might help, I should note those bottles awaiting pickup are currently in the overflow area on top of a cabinet. Not sure I could justify using that for my own expanding collection.

A couple of recent acquisitions, both excellent. The Balblair was a travel retail exclusive originally, but I guess people are not travelling these days so it went on the open market. It’s very good, I should have got 2 at the sale price of $120 Can. Both this bourbon matured 125th anniversary AnCnoc and the peated version are excellent. 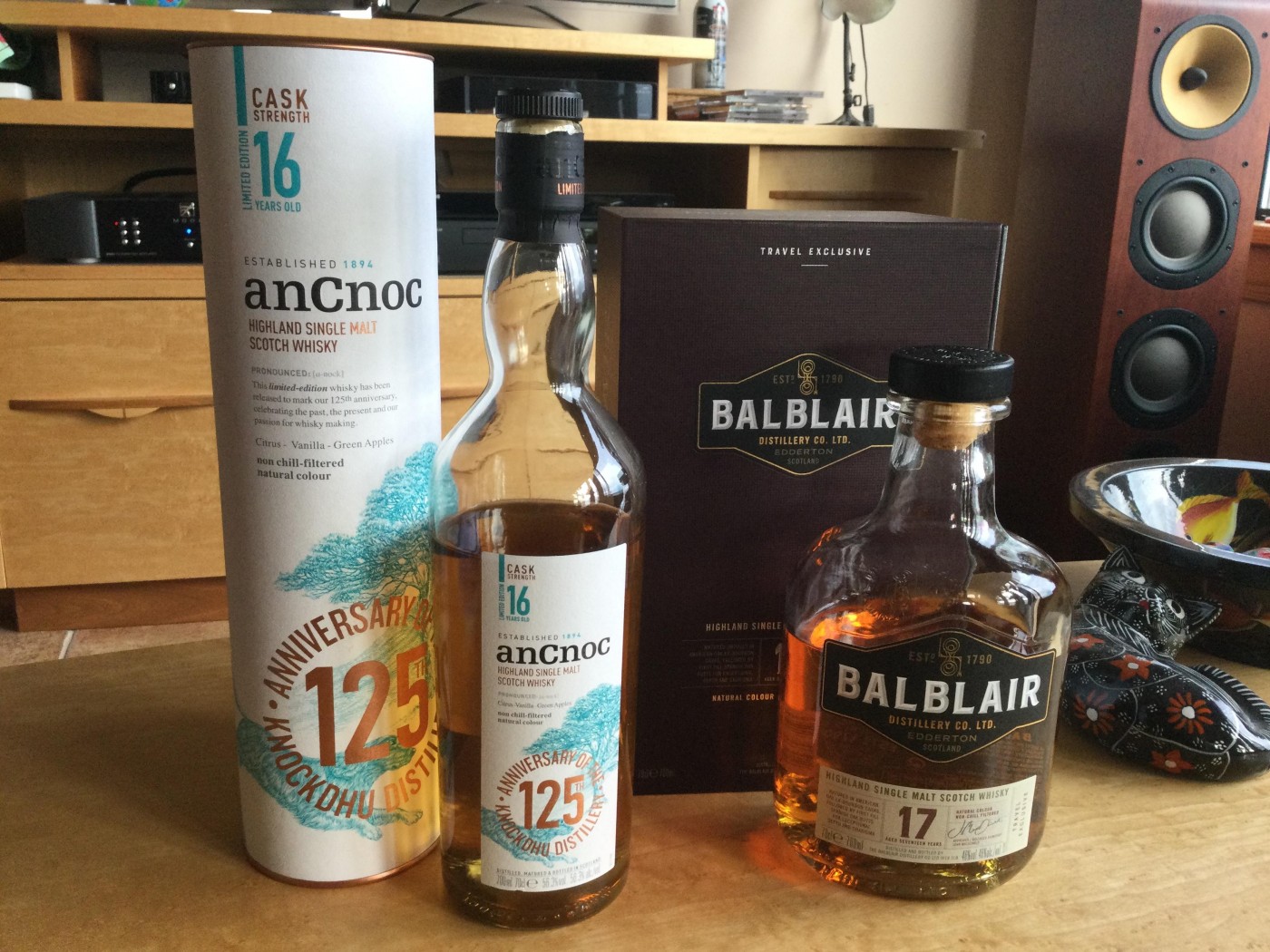 Greetings to you all. It has been a while since I last posted something. I have been catching up on this thread, and I have been quite impressed with what others have purchased. Did I end up with a case of whisk(e)y envy. Not really? Well, at least I don't think I have. Anyway, I decided to splash out. Living in almost self-imposed seclusion (figuratively speaking) I have been able to save up a few dollars.

I decided I would splurge a bit and get myself a bottle of the 25yo Glengoyne. Since it the 25yo Glengoyne isn't available in my area, I did a search on wine searcher, and it came up with a place located in Michigan. My usual online stores didn’t have in stock, and none of the places I shop at here in Denver had it either. What really got me with this store in Michigan was the price they had it marked at. Most places online had it way above $400, around $450, some even higher.

beveragewarehousemi.com had it marked at 399.99. I was going to write to you all about it but it was too late. This leads me to the main point of the story. When I went back to the website after I received the “your package is on its way” email, I saw that they increased their price to $449.99. This isn’t the only time soon after I had purchased something online, that just a day or two, maybe three, the price get bumped up. Well, I can now say, I am glad I decided to go crazy and purchase two bottles. At least I got two bottles at the $399.99 price. I wish I kept the screenshot of the price change. Why? You might ask. Well, just a day after I took the screenshot of the price change, they changed it back to 399.99. I feel lucky that a store in Michigan could ship to Colorado.

The other interesting part of this story, or at least I find it interesting, is what I received in the mail. I thought I was going to get the more current release with the new box and bottle. Nope. I received the previous bottling with a different box, which you will see in the photo. Well, I am sure there will be some of you saying, Glengoyne 25yo, 48% abv for $399.99, still too high. Actually, I did have a brief moment of, "What did I just buy?" and "Did I really spend that much?" The reason why that moment was brief was that in another part of mind responded quickly with, "Glengoyne 25yo. And yes, who cares? Enjoy it."

yesterday 11Who liked this? 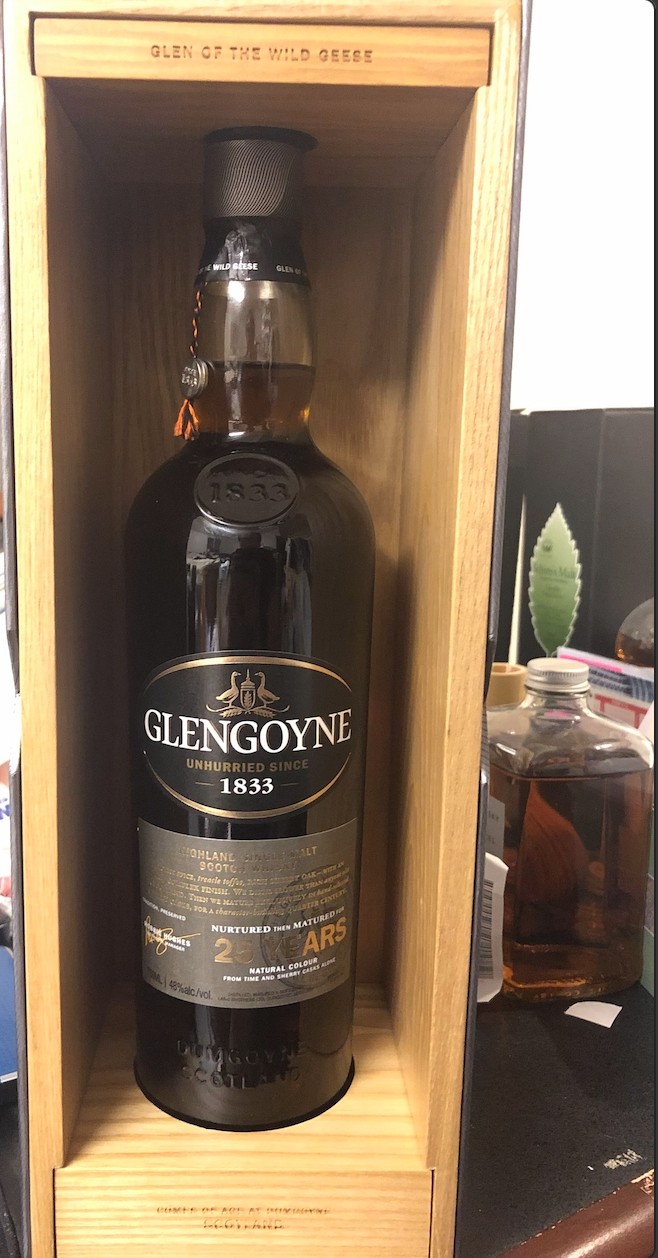 @ajjarrett congratulations on your purchase. I think if I took a break from this site 2 things might happen:

I would fell less of an urge to buy whisky.

I would probably drink a lot less than I do now. Which means my consumption would likely grind to a halt.

How is the Nikka from the Barrel in the background?

Actually, since I moved back to the US back in 2016 (I am likely repeating myself with this story) I have slowed down my whisk(e)y consumption. So, being on the forum or not being on the forum for a period of time doesn't seem to have an impact on me in that way. I enjoy Nikka from the Barrel. Actually, I would say it is one of my favorite blends, and since it does include Ben Nevis and some whisky from Yoichi and Miyagikyo, I can say it is my favorite world whisky blends. haha.

When I was in Japan, I even enjoyed it as a highball; however, I haven't made a highball with it since I opened it. I might just have to do that, now that I am thinking about it.

Let me comment on your first point. My problem is, I still purchase whisk(e)y as if I still had the same rate of consumption as I had before. I also cannot pass up good deals, or at least what I think are good deals. Many connosrs know I have enough Glenlivet Nadurra 16yo to last a lifetime. Will I get through it all in my lifetime? I am not sure, but I give it a go.

yesterday 7Who liked this?

@Nozinan I will have to consider checking out a Glenmorangie expression. This is one distillery I have not ventured into yet.

And really, you have no place to put a spare bottle? uh oh.

I bought a Nikka From the Barre because, well I’ve never tried it and I wanted to. I realize not all the whisky in the bottle is Japanese, but that’s ok as long as it tastes good.

I enjoy it, and don't mind what it contains (when it comes to whisky), which is why I have a few bottles of it.

Was in North Carolina visiting my parents this past weekend and ran across this in the ABC Store (State time liquor store). The bourbon is sourced from George Dickel so we will see… 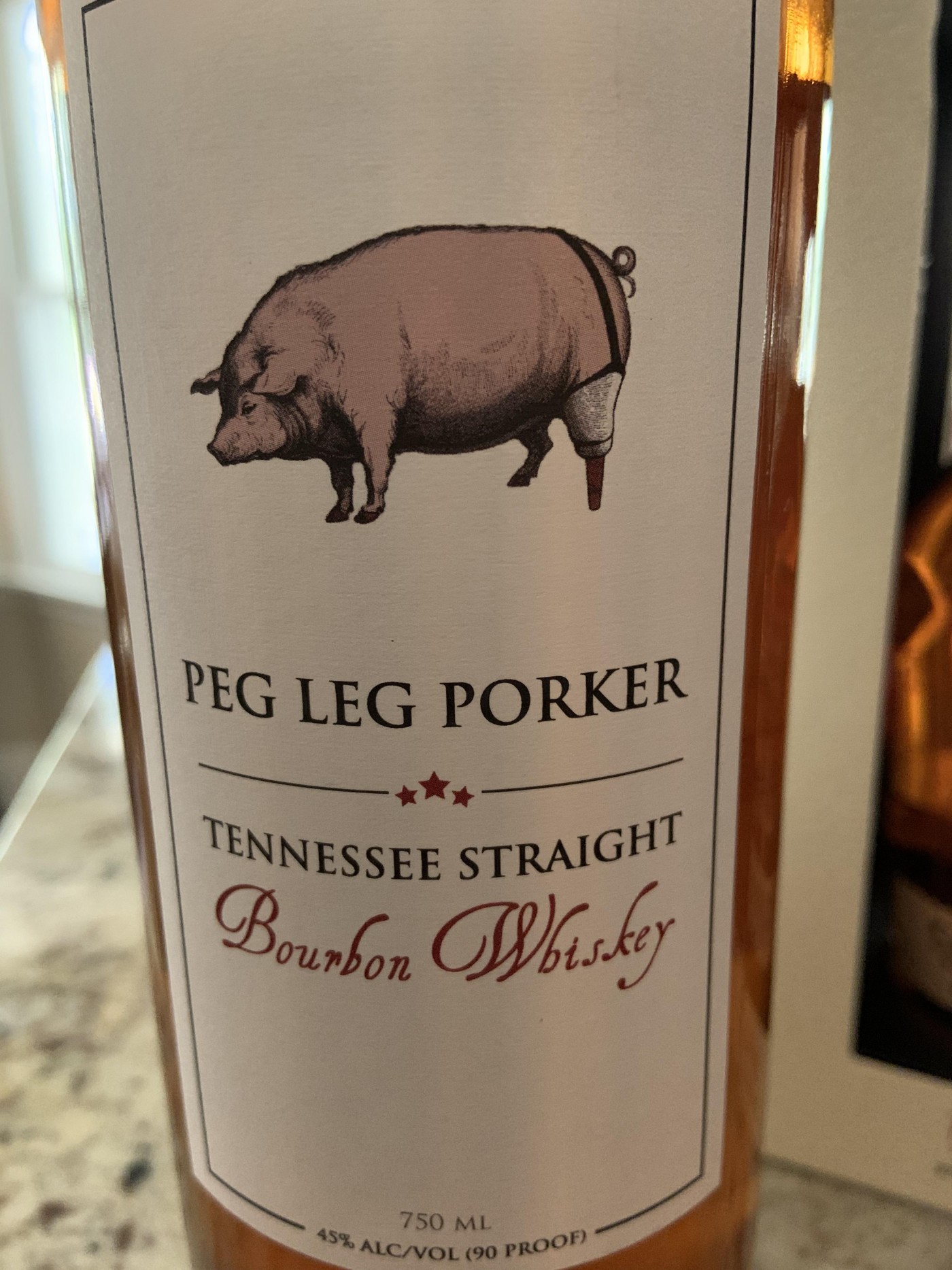