Jim Murray has chosen that Alberta Premium Cask Strength Rye is the whisky of the year 2021.

What do you think of his choice?

Mr. Murray always keeps an eye on symbolic ground-breaking new products. As what could become a commonly available and affordable product Alberta Premium Cask Strength Rye marks a happy day for those who have been waiting for Cask Strength products, and genuine completely or majority rye-grain whiskies, from Canada.

I haven't tasted APCSR yet, but I fully expect to like it a lot, based on the feedback thus far. I myself have been waiting for this exact product since I first tasted and liked standard Alberta Premium Rye in 2010. 9.7 years of waiting has seemed like a very long time, but I am very happy to see that Alberta Premium Cask Strength Rye is now a "thing".

I think that with his choice of Alberta Premium Cask Strength Rye as 2021 World Whisky of the Year Jim Murray is attempting to commemorate a new age in Canadian whisky. He attempted to do something similar with Crown Royal Northern Harvest Rye several years ago, but was thwarted by apparently being given a sample of a much better than average batch on which to base his critique. Few who tasted CRNHR had the same sublime experience which Jim Murray did. This is a very possible outcome from a mass production multi-batch whisky.

7 days ago 3Who liked this?

It’s a fantastic whisky. And I only got to try a “random” bottling. I’m fairly certain JM gets samples from “honey barrels” or “honey batches”. Also, I find it interesting that his last few “best in the world” have been non-scotches. Is the scotch industry’s quality declining, is JM trying to be controversial to sell books, or are the Scots no longer providing JM with their best offerings because they’re sick of him? A little bit from each option?

@Victor my first bottle of CRNHR may have come from a batch similar to Murray’s. I tasted it about 3 months or so before JM declared it his top pick and it was sublime. Subsequent bottlings have been wildly inconsistent. I’ve found more batch variation with CRNHR than with almost any other whisky. I’ve rated them as high as 90/100 and as low as 77/100.

I would love to know whether the AP CS is a batched release or a single release. If it's the former, then I should look for new batches and presumably they should have different ABVs.

I guess Jim Murray has been lurking around on Connosr the past year and six months.

I don't think most Canadian Connsor members would disagree with his call. The sad part now, even for Canadians, is good luck getting any APCS 2019, now that the cat is out of the bag.

6 days ago 6Who liked this?

@Nozinan I have heard this very thing as well.

@fiddich1980 Nova Scotia had theirs on sale so they pulled down the online purchasing but there is a ton of bottles still in the stores. NS was the last province to get these so their inventory was fat.

6 days ago 4Who liked this?

I feel somehow that it would be hard to make a batch of the APCS much better than the one I have at home and I have plenty so I refuse to be pulled into buying more just because they may be from the batch JM tasted...

I'm surprised he didn't take credit for it.

JM lived in Alberta and became familiar with Alberta Distillers. He has always held Alberta Premium in high regard. It is not a surprise that he has selected APCS as Whisky of the Year. It is a spectacular whisky!...and affordable, which is likely a contributing factor....enough, I could go on and on about AP juice...

I am somewhat ticked-off because this CS release no longer flies under the radar. I suppose another batch will be offered and it will surely be sold by retailers at the same affordable price.

Does anyone know if/when this might travel to UK shores? Sounds right up my alley!

Mind you, it's now been treated to the Jim effect so I'd expect crazy prices if it does come over ...

6 days ago 4Who liked this?

@Nozinan, there was only one batch.

ADL May have learned from their mistake of regauging barrels of the heavenly 25 YO until it became the slightly less than heavenly 30 YO. Let’s hope nobody drives a forklift into the holding tanks and spills the hand-sanitizer-grade APCS.... wishful thinking for batch 2.

I hid some of this world class juice.... just in case @Nozinan was looking for more hand sanitizer.

5 days ago 5Who liked this? 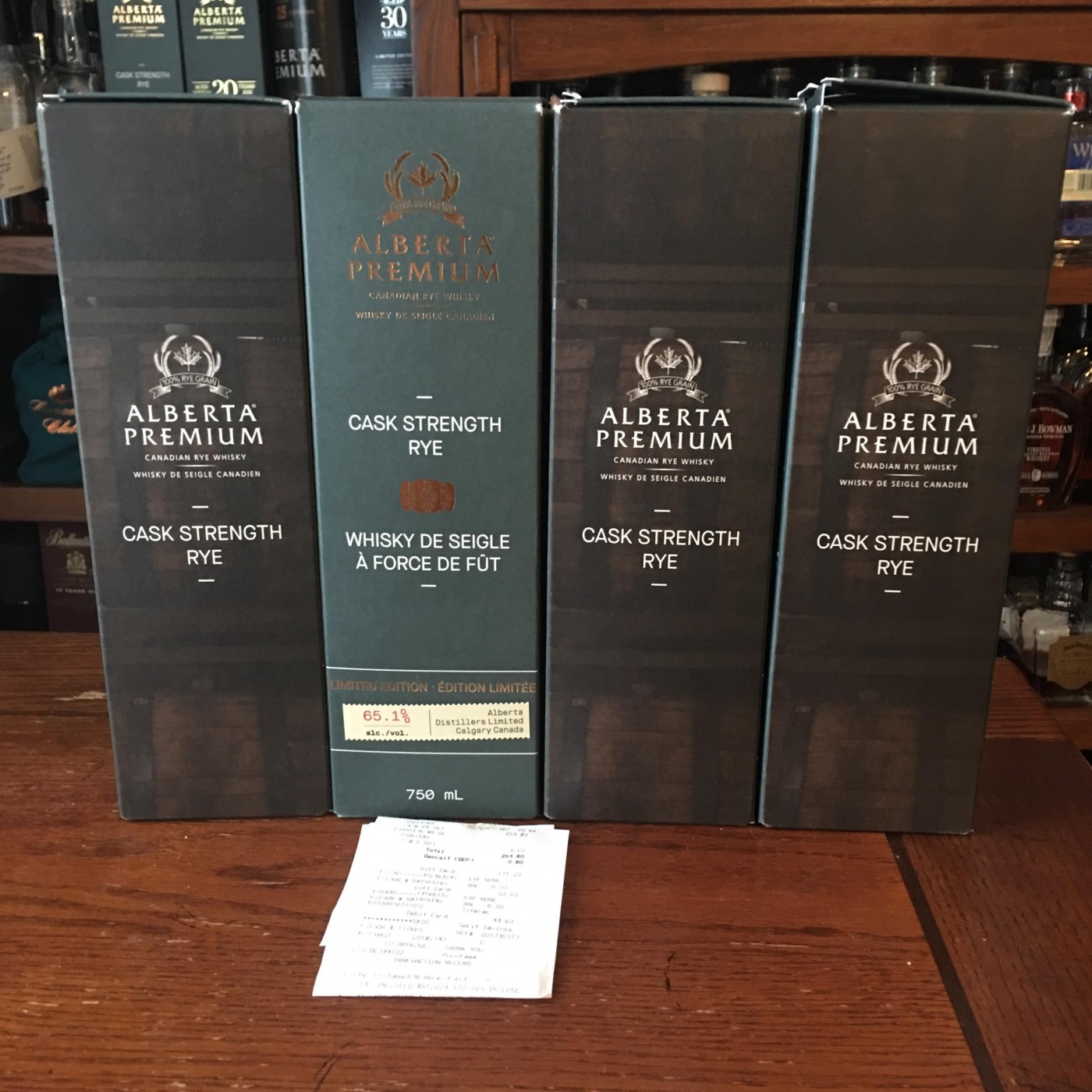 @paddockjudge the hand sanitizer AP all found its way into my bottle of AP 20....

5 days ago 1Who liked this?

@fiddich1980, Our Brown Vodka cover has been blown....now what?...wait a second, I've got it! Let @OdysseusUnbound introduce the world to his bottle of AP 20 YO.

That's an idea, better yet, didn't our whisky Guru -Davin The Kermit give high praise to AP20?

@fiddich1980 I got some earlier and haven't tasted it yet because my sample is stuck up north, but I'm kind of regretting... I hope by the time I get my sample that they are still accepting returns at LCBO

FOMO is not something I suffer from; however, FORO is very real for me. The night before JM announced his WWOTY, I dropped a few bucks on a six-pack of my favourite Canadian Whisky, just in case the ole bible thumper gave Wiser’s 23 YO a mid-nineties score and caused instant evaporation of all known retail stocks. Why six bottles? Because they are packed in sixes and I hoped to get a an unopened case for the bunker. Yep, nobody checked it at the store.

I would have purchased a few more APCS, had they been available, alas my whisky broker is holding a few for me in his storeroom and I feel good about that. 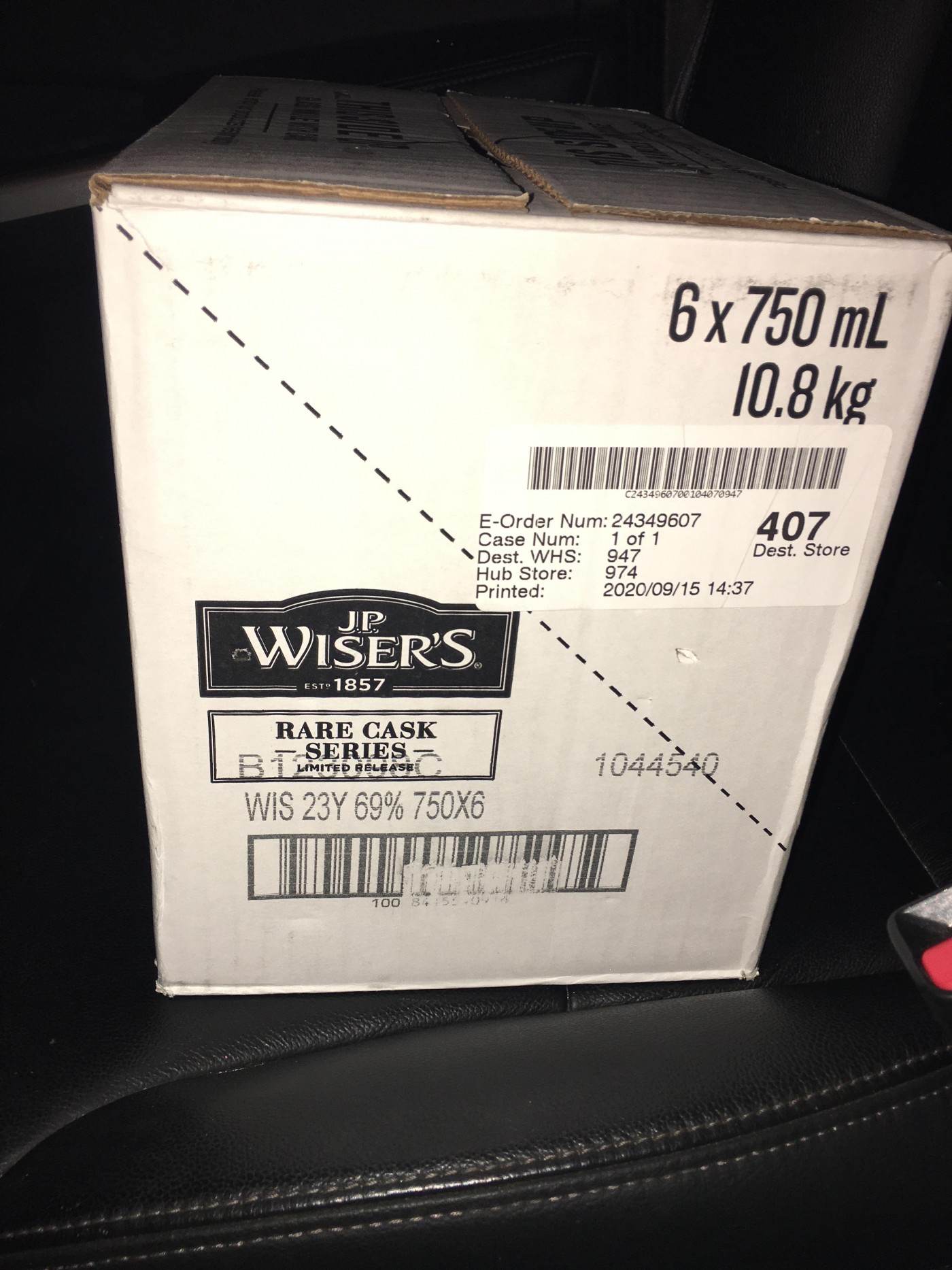 @paddockjudge I have experienced both FORO and FOMO. I don’t know which is worse.

Connosr is a major factor in both those acronyms but so far the benefits have outweighed the costs.

@paddockjudge I’ve thought about publishing my review of AP 20 on my blog, but I fear the blowback from the Canadian whisky “luminaries” such as the aforementioned “Mr. Elegance”.

@OdysseusUnbound, you would be creating a lot of paper work.... how many :Hurt Feelings Reports: can you respond to?!! :

I wonder if there is any APCS available for sale anywhere in Canada, less than a week after JM’s pronouncement. Last week I checked the NSLC website and there were 144 bottles. Today it was no longer listed!