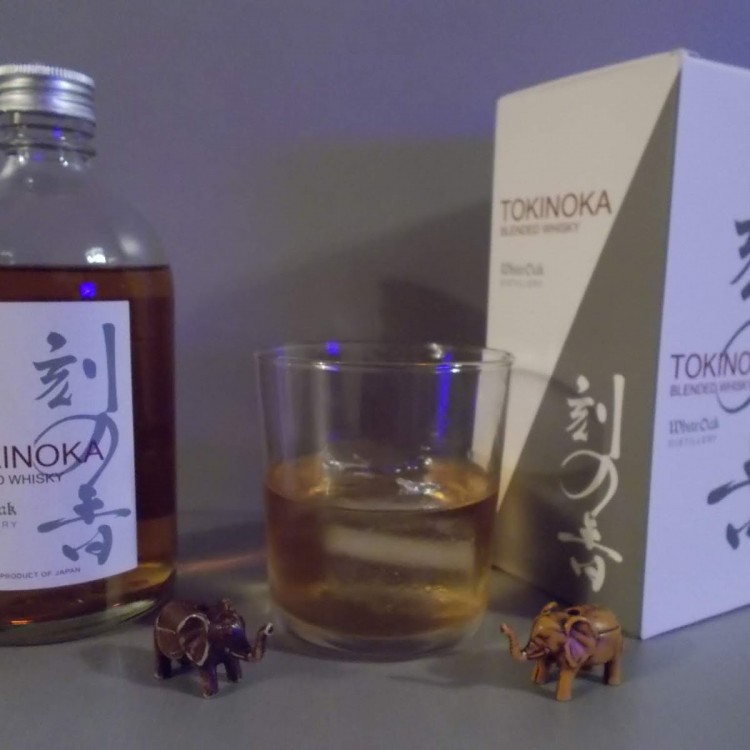 Howaitoōku jōryūsho, aka White Oak Distillery, was built in Akashi in 1888. They only produced shochu and sake until 1919, when they got a licence to produce whisky. This was just for the local market till 1984. In 2007 they premiered their first single malt (also named Akashi) and, by blending different vintages of it they finally got Tokinoka, their premium blend. So much for history.

I found this a year ago at a local supermarket and had to have it. It comes in a 50 cl bottle reminiscent of men's perfume (it reminds me of another Japanese whisky, Nikka from the Barrel, which I have reviewed already.) Not too expensive, about €33 per bottle.

It pours a pale golden to amber with some oily streaks. Aroma is rather intense and brings sweet and spicy tinges of vanilla, nutmeg, pie and a hint of clove.

Sip is powerful despite its low ABV, displaying good umami and metallic flavors midpalate. I'd say it lacks sourness, and this renders it way too heavy, even on ice. Pity. Long smoky finish, yielding tobacco notes. It's not bad at all, but maybe a little more acidity and ABV would round it.