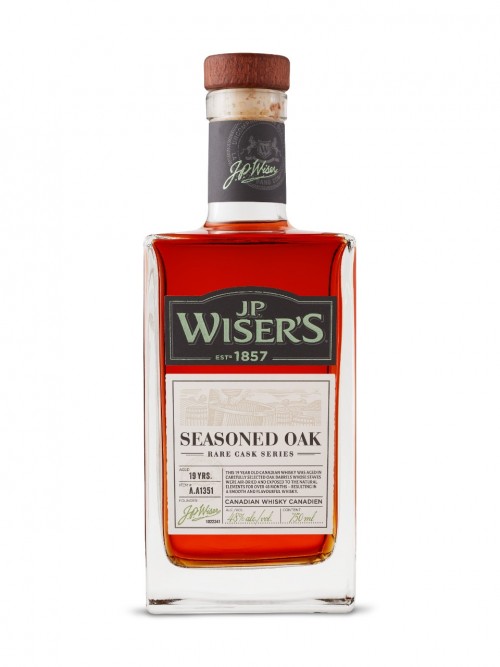 According to the interweb machine, this is mostly J.P. Wiser's double column distilled corn with a touch of double column distilled rye. The whisky is aged for 18 years in previously used (once? twice? thrice? I don't know) barrels and then finished for a year in virgin oak that was seasoned (i.e. left out in the elements) for 48 months. The whisky is bottled at 48% abv.

With water, this whisky gets much more floral, with a lingering hint of incense on the finish. It may sound odd, but it isn't at all unpleasant. The floral notes remind me of some exotic flowers I’ve never smelled before. That may sound ridiculous to include in a tasting note, but it’s the best I can do as I am no botanist.

I’m curious which char was used on the virgin seasoned oak. I’m also wondering if this one would have been a bit “deeper” had they left it in the seasoned oak a bit longer or if it would have been too oak-dominant. But I guess I’ll never know. Then again, I’m not the guy with a PhD in whisky, so maybe the right decisions were made. I still find this one a wee bit lacking in “low end” notes.

Wiser's Seasoned Oak is a very interesting whisky. I’m not entirely certain I’d buy another bottle, but I don’t regret this purchase either. In that sense it reminds me a bit of Gooderham & Worts Little Trinity and the sample of Collectivum XVIII I tasted. All very enjoyable, very well made, but not necessarily something I’d reach for regularly.