Average score from 3 reviews and 3 ratings 80 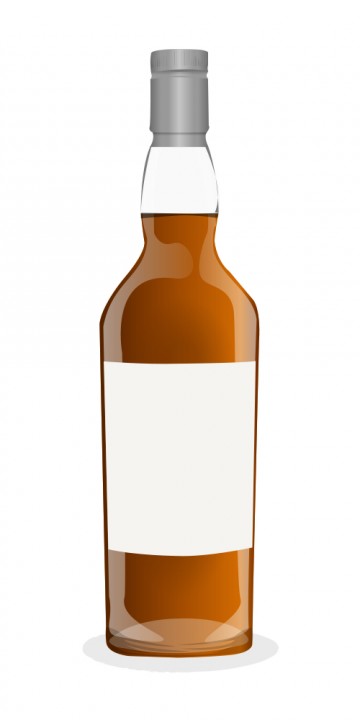 This whisky used to be a 100% rye offering, but at present it contains some corn. With all the rye that is distilled at Alberta, I imagine putting corn in may be a cost consideration as it is a cheaper grain.

This is one of the big staple mixed whiskies from Alberta, which produces incredible rye which they blend down into a Canadian style. This whisky is distinctly in the style of ADL (Alberta Distillers Limited), but is a bit different - I find it to exhibit a bit more of the medicinal character found in many Alberta products - from Alberta Premium to Masterson's Rye.

Unfortunately, this whisky has a bit of a story with me - I strongly disliked it for 2 years after getting food poisoning shortly after sipping this (not from this! from some beans...), so for the longest while I would get sick while sipping this and ended up giving away my first bottle. However, now, I am able to enjoy this fully again...this review was written 2 years after the food sickness incident...

Nose: Very unique - I get seaweed, vanilla, rubber tires...and a bit of a meaty aroma I find with many Canadian (and some American) ryes. There is some spice reminding me of the floral component of cloves. As well, I also get some brown sugar and soft rye, with hints of cacao as well. The nose is somewhat oily and buttery. 82%

Taste: There's a nice underlying sweetness to this, with some nice brown sugar and light honey notes and a touch of corn here and there. The rye does come through in the end, and is quite grassy/fresh - it's just sharp in its spiciness and feels more like what I expect fresh rye to taste (though I've never had it) like rather than dried and crushed grain. There are some of those unique notes of the nose- the seaweed and rubber - but it's quite light. These notes are more interesting than bad - though at first it took me a little getting used to. There's a slight bit of engaging acidity which I also find compelling. 83%

Finish: The finish has good feel, a nice amount of sweetness, with a tinge of rye and licorice root. Vanilla is present as well as some oak...and there is a slight bit of tanning drying out the mouth. Some of the grains come out in the finish as well, and a slight bit of black pepper. After some time, some slight bitterness comes through, but it is very light. 80%

Intrigue: The sweetness is just about right for sipping, I think, and this would be a great mixer as well - it has the depth and profile of one that will complement other flavours very nicely. I know of some bartenders in Toronto who swear by it. I imagine that this is a whisky that could grow on you as you sip, though it still wouldn't transcend the "good not great" category. 80%

A ten year old whisky, with a pretty heavy rye mash. It used to be fully rye, but now other grains are also used. It is another product out of Alberta distillery. The nose is very interesting and unique - it has the marks of a bit of a chemical nature found in other Alberta Distillery products - on Alberta Springs I get notes of seaweed, vanilla, and even rubber - alongside more typical notes of brown sugar, cloves, vanilla, and cacao. The taste has a good underlying sweetness, with brown sugar, honey, and grassy rye with some engaging acidity. A good feel on the finish, with a tinge of rye and licorice root. Vanilla is present as well, and a slight bit of black pepper.

It's quite enjoyable, though I found it took a few drinks to warm up to (I had a bad incident with food poisoning on my first tasting of this, which didn't help at all...). However, a head bartender at a prestigious cocktail bar in Toronto said she really liked to mix with this for many of their cocktails - it certainly will mix quite well with all the subtle notes and the profile.

Alberta Springs is sort of a lurker, a 10 year old blended rye that doesn't get the recognition of bigger brands in its category. Which is too bad, because it's pretty damn good.

The aroma is mellow with sweet caramel and vanilla. On the palate it is supple, buttery-smooth, with a butter toffee sweetness which evolves into gentle spice. I recall this whisky being slightly astringent but I'm not getting any of that now. It is not complex but very pleasant. Easy-drinking, more refined that many bottom shelfers due to the extra aging, but still very typical of the Canadian style. It finishes crisp with a wet stone taste, also very typical.

Overall this is a tasty whisky with no rough edges. Some might find it too smooth but there is a warming richness on the tongue that satisfies. Recommended/