Average score from 8 reviews and 27 ratings 81 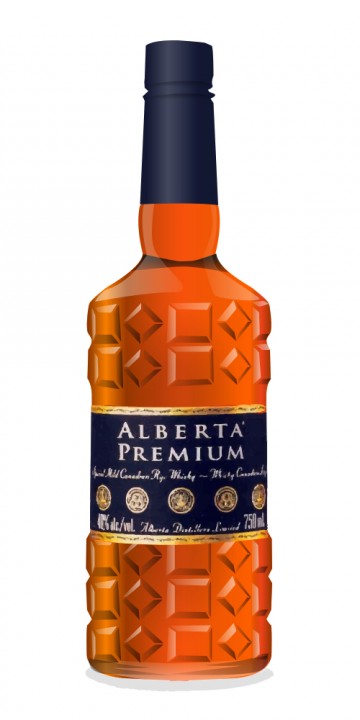 I bought and opened this 200 cc bottle in 2011 or 2012, after watching a Ralfy review. I tried it a few times, most notably when I first tasted samples of AP 25 and 30 (courtesy @Paddockjudge) in preparation for my January 2015 opening of my 2014 Handy at an epic tasting held by @Talexander (where we opened 3 CS BTACs).

The bottle was about half full and had been gassed for some of the time I’ve had it. Tonight I pulled it out to review H2H2H with the 25 and the 30.

This expression, in a Glencairn, is reviewed in my usual manner, allowing it to settle after which I take my nosing and tasting notes, followed by the addition of a few drops of water, waiting, then nosing and tasting. I nosed all the whiskies before tasting them, going from oldest to youngest.

Good balance, not too complex, a little too sweet.

The standard AP had the strongest but least complex nose. The 25 was more floral and rounded, but a little soft. The 30 was the most inviting, complex nose

The 25 was a bit washed out and thin. The standard was bold but a little sweet and unidimentional, and the 30 had bold flavour and some breadth.

Interestingly, water did not have a significant effect on any of them. The NAS gets a little sweeter.

This is not a bad whisky. Given there are so many other choices, I don’t think I’ll be reaching for this under most circumstances.

@Nozinan, every once in a while, a batch of the standard Alberta Premium reaches heights that defy logic....a 750 ml bottle of liquid magic for $27CDN.

@cricklewood, I generally keep this on hand. An easy sipping whisky under $30, I'm not shy to give this one away.

Alberta Premium is distilled in Alberta from rye grain grown in the Prairies. While it carries no age statement, the bulk of the whisky used in this bargain-priced offering is aged for five years, mainly in ex-bourbon barrels with some of the whisky aged in virgin oak barrels. Much of the rye produced by Alberta Distillers is shipped across the border to the United States, where it is often finished in different barrels, bottled under various other brand names (ahem, WhistlePig), and marked up to a premium price. Suffice to say, the team at Alberta Distillers knows what they're doing.

Not super complex, but pleasant and enjoyable. I didn't bother adding water since it's bottled at 40% ABV and doesn't pack an overwhelming punch. In most instances, Alberta Premium is used as a mixing whisky. However, I'd not hesitate to recommend this to a neophyte as their first neat sipper. The spice and heat aren't overwhelming and there is no overpowering solvent (read: nailpolish remover) aroma. It isn't an excessively challenging whisky, and there's just enough sweetness here to prevent a noob from reaching for some kind of flavoured whisky du jour nonsense. Salted Caramel "whisky"? Maple-infused "whisky"? No thanks. Alberta Premium could also fit the bill as a casual sipper, for days when you don't want to over-analyse what you're drinking like some nerdy, self-important, condescending amateur blogger with delusions of grandeur.

Alberta Premium is a very good whisky at a bottom shelf price. It won't force you to re-evaluate the Canadian whisky genre. But I doubt this whisky will polarize anyone. I can't imagine anything this middle-of-the-road and balanced evoking any kind of visceral reaction from people. In many regards, it is the stereotypical Canadian; polite, balanced, sweet but not cloying, with just a little bite.

In light of some recent discussions on this whisky on connosr, here is my review. This whisky has always intrigued me because it is so cheap, 100% unmalted rye, and is so highly regarded by Jim Murray, one of the foremost whisky writers. In my evaluations again and again, I haven't found it to be worthy of his rating, but it is a good whisky hands down. Apparently, I have heard, batch variation exists in this one and some are better than others.

On the nose, the grain is very present, but not overpowering with hints of orange peel, nutiness, cedar, and vanilla. On the palate, slightly sweet and slightly creamy with some orange, malty notes, tasted oak, and cloves. The finish is tart and slightly sour, leaving some oak, orange, and a bit of grain. Great value for this one.

I loathe the bad rap as "cheap whisky" that this receives in my home province. This is better than the good majority of Canadian whiskies out there, and is only at a value price due to lower taxation here at home. Wake up and try this neat, as opposed to guzzling it down with ginger ale or cola. This is a bold yet delicate rye grain beauty. Nice vanilla, earth on the nose, and an achieved balance of alcohol warmth and sweetness on the palate.

I appreciate that I can purchase this at a value price in my home province, Ontario, but I really don't understand how this has come to be rated so highly by the likes of Jim Murray. It's an average mixer at best. I far prefer the Alberta Springs 10yo and even then, it's mostly to mix up Manhattans and Old Fashioneds. I'd rather drop more money on Lot 40 or Wiser Legacy to sip neat.

The Alberta Distillery was founded in 1946 near Calgary by Frank McMahon and Max Bell. The first was an oil tycoon, the second a newspaper magnate, both knew nothing of distilling. So they attracted George and Henry Reifel who were successful brewers and distillers in Bristish Columbia prior to Prohibition. Today, Alberta Distillery is owned by Fortune Brands (Beam Inc) and a large portion of the production is shipped to the US for bottling. Let us try their Alberta Permium 30 Year Old.

The nose is very aromatic with a lot of vanilla, peppers and rye, wild flowers (mostly violets and roses), a lot of oak and some woodsmoke. Then some breakfast cereals and dark chocolate emerge. This is very appetising.

Silky soft and nevertheless robust, that is the best way to describe the palate. A light bitterness from the oak. All kinds of dark fruits are supported by a plethora of spices. This is what you would call a rye driven whisky. Vanilla and honey are present, as is some liquorice. Something dusty gives it a nice depth. The violets return in full force.

While the finish is rather short, sweet and drying, it remains very spicy which is a good thing.

Well, this was nice! If it were bottled at a higher strength, this might even be one of the best Canadians I have tried. And not even 50 EUR for a 30 Year Old blend? Wow. Merci, Jean-Francois, pour envoyer ce whisky à la Belgique.

Taste: Comes in neither cool nor warm. Slightly sweet, with spices coming in as it warms. There is actually not much going on here.

Finish: Big spicy caramel explosion as you swallow, which is quite nice. It leaves rather fast, leaving only a sweet, with a slight woody dryness, coating on the mouth which, unfortunately, overstays its welcome.

Balance: Big taste, especially considering its strength and price point, but at the cost of complexity.

Will I buy it again? No. It tastes big, but it's too simple to be drunk by itself. It could make a fantastic ingredient for mixes, but I'm reviewing it as a whisky drinker, not a cocktail mixer.

This review is based on tasting notes a wrote a few months ago, so memory is hazy. A gentle, warm floral aroma of citrus, with a very rye flavor (Alberta whiskies are almost exclusively rye) - sweet and fruity, a little oily, tasting of leather and solvent. A short and acidic finish. A baseline good easy to drink whisky.

I think overall my ratings for this across all my tastings are around 80-82, but hearing about spicier and dryer batches (as @Victor mentions) does make me want to find some of those. I did a side by side tasting of masterson's and AP and Alberta Springs - interesting to see the similarities - it really does bring out the quality of spirit that is mixed into AP (it really is remarkable the quality of whiskies coming from Alberta Distillery). However, I still have yet to find a bottle I'd rate much higher than 80.

@talexander, this is from 100% rye mash, except for whatever additives might be thrown in, and I do suspect that there are some, caramel mostly. I like this whisky a lot and gave it a good review score, but note that batches of it vary a good deal in my experience with respect to their sweetness. The bottle I reviewed was the driest Alberta Premium I have tried from at least three batches, and the one I like the best of the three. I do not believe that the sweeter batches get their sweetness entirely from the wood, and I feel that this seemingly artificial flavour detracts from their overall quality. I would consider the drier batches to be quite sippable, but would be more inclined to think of the sweeter batches as mixers.

Taste: this is a very light and ethereal rye whiskey. The flavours are subtle, refined, and delightful. In the mouth honey is in evidence in addition to the rye spiciness. The various fruit flavours from the nose are definitely tastable here as well. The wood flavours of vanilla and caramel are present, but are subtle here and more in the background.

Finish: the many delicate flavours fade very slowly away together, over a relatively long period of time.

Balance: this is a beautiful little gem, which I gather is somewhat taken for granted in Canada where it is a common and inexpensive home-grown product. Jim Murray has been waxing rhapsodic about this whiskey for the last 6 years or so, repeatedly naming it Canadian Whisk(e)y of the Year and giving it a rating of 95/100 points. This is a beautiful and unusually delicate rye whiskey that is best appreciated when one is in the mood to enjoy a whiskey which is very subtle and refined.

@SquidgyAsh, having now sampled several batches of Alberta Premium I can say that most batches of it are pretty sweet, as @MichaelSchout has accurately noted. This reviewed bottle, which I fear I cannot replace, was from an exceptionally dry batch, which I prefer. The typical sweet/fruity batch of Alberta Premium would get a rating of 82 from me. It is a pleasant whisky, but the sweet/fruity does not taste to me to be natural, but to be from additives and/or overdone wine finishing. Side by side tasting of this reviewed bottle with a bottle from a more typical sweet batch of Alberta Premium yields astonishing contrast.