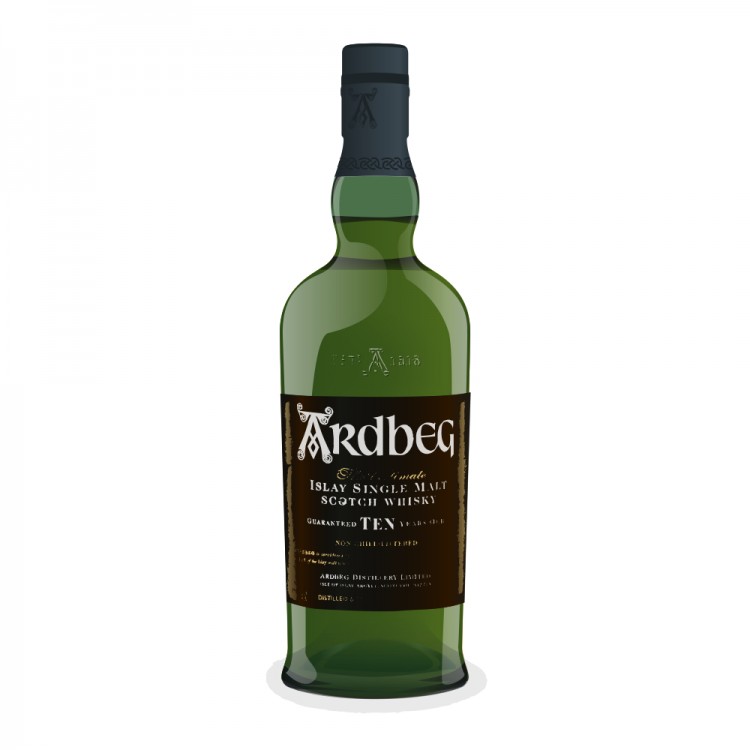 This is a bottle I opened while I was living in Seattle. That means I bought it and opened it sometime in 2009 (I really can’t remember any more than that). I have a picture of it being ¼ full and open in December of 2009 along with several other Ardbeg bottles (Uigeadail, Supernova, Almost There, and the Beist). I re-bottled it before I left in 2010 (so the bottle is long gone along with its precious code). Then I re-bottled it into an even smaller bottle on the 1st of December 2012. On a recent night I tasted against 4 other Ardbeg TEN batches (L10 152, L11 194, L13 003, and L13 241).

Nose: Peat, peat, and a hint of lemon. Some ash, some coal, a bit of diesel oil, and then more peat hinted with lemon. Smoke almost to the point of bitterness like a fire pit the morning after a fire . . . almost. There is more chlorine, and a higher tone than the L11 194. This is probably the ashiest nose of the night. Not that deep or complex. It could easily have been all the time it had to oxidize.

Taste: Less sweet then the L13 241. Then it starts moving in the non-sweet direction in a hurry. Not bitter, but certainly on the verge. There is plenty of wood, sawdust, pencil shavings, and peat followed by a bit of ash and smoke as well. This batch is certainly the “non-sweet” side of Ardbeg.

Finish: A bit of sweetness (natural raw cane sugar) that quickly dies away . . . now the classic Ardbeg intake of breath . . . here comes the wave of peat, iodine, and salt . . . so slow and long. This is more of a saline solution then the sharp sea spray that Ardbeg usually has. Everything is a bit mellow here (again, oxidization?)

Complexity, Balance: Not the most complex on the nose, but very well balanced on the taste and finish . . . almost too balanced for me. I like my Ardbeg with a bit more bite than this. But then, who knows how long I had it opened and oxidizing?

Aesthetic experience: Love this bottle. It is just fantastic. 46% is the minimum that it needs to be. It is also NCF and I highly doubt there is ANY color in these bottles. This particular batch is average color; almost the exact color as the L13 241!

Conclusion: This bottle might go back all the way back to 2008 when I opened a bottle of the Beist and Almost There on my birthday (I drank WAY slower in those days). What I can remember is never being impressed with this bottle. It was just standard issue. And now all these years later it is still just an average Ardbeg TEN at best. Older versions are not always better.

END_OF_DOCUMENT_TOKEN_TO_BE_REPLACED 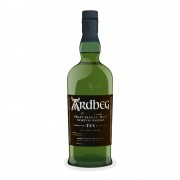