Average score from 2 reviews and 8 ratings 80 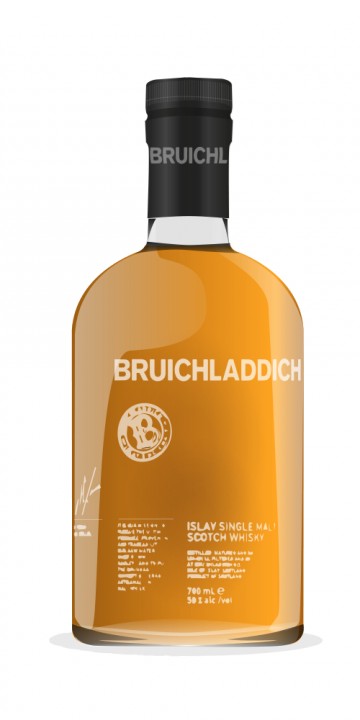 Many of you who know the history of this distinctive distillery know that it closed down in 1994, seemingly for good, by Whyte & Mackey, who had owned it since the 1970s. It re-opened in 2000 (let by a private consortium) and, on Oct 23 2001 (as dated on the bottle, the first new make spilled forth. Seven years later, here it is.

It is one cool looking bottle - I love that baby blue (which is on a few other expressions of theirs). The whisky itself is a medium-tone amber, with a nose that carries that characteristic Bruichladdich maltiness - it's a gentle nose with honey, ginger and a faint hint of peat.

It is also very gentle in the mouth, actually mouthwatering - a lovely feel. There are more honey notes with a definite sweetness that balances out the malt.

The finish has some spice to it, and is long and biting - much bolder than the nose and palate, with some heat that develops over time. Very interesting. I'm not a huge Bruichladdich fan - I like their whiskies but of the ones I've had, only the 15 YO 2nd Edition has really stood out for me. But this is one is nice, subtle (maybe too subtle) and easily drinkable.

Nose is hot and prickly and a touch of smoke. Medium to light bodied.