Average score from 1 reviews and 5 ratings 83 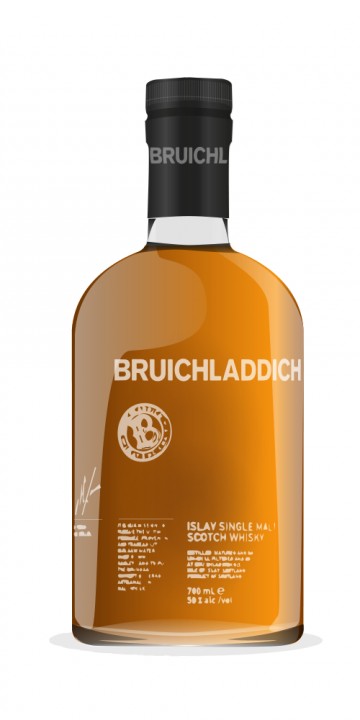 The marketing of new make spirit has become more than just a trend. Numerous distilleries have followed the example that was launched about two years ago by Glenglassaugh. You can now buy spirit from Kilchoman, Abhainn Dearg, but also from Highland Park. The Islay Spirit that I’ll be tasting today was distilled four times (hence the name X4) according to a recipe from the 17th Century. The result was named ‘Esquebaugh-Bol’, Gaelic for ‘Perilous Spirit’. You must realize that it had an ABV of 92%, so perilous indeed! Bruichladdich added water (the process is called ‘cutting’) to reduce the strength to a more drinkable and less life endangering level.

On the nose, I get lime, apples and pears on syrup with a touch of toffee. I also get a whiff of berries, reminding me of a grappa.

On the palate, it’s very creamy. Apart from the white fruit from the nose, there is also quite a bit of cereal notes (grains).

The finish is quite long, slightly metallic and spiced. I like it! Not from the first day, but after a few samples, this spirit has grown on me.

Now that Halloween is over, I can leave the spirits behind. It is nice to try new make now and again, but in my opinion, you cannot learn that much from it. Commercially made available new make is so different from the final product that one can only conclude that it’s a marketing trick and a means of keeping the money flowing.

The best new make I’ve tried so far (but I’m sure I’m biased in this case), was the Auchentoshan new make spirit with an ABV of 81%, when I visited the distillery in September 2010.