Average score from 1 reviews and 2 ratings 86 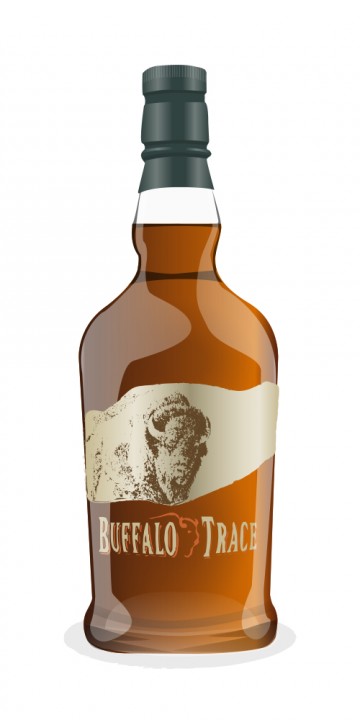 The Buffalo Trace distillery of Frankfort, Kentucky, is nothing if not accomplished. They produce numerous bourbon and rye whiskies under different brands (Buffalo Trace, Van Winkle, Sazerac, Elmer T. Lee, W. L. Weller, etc.), and have earned a spectacular number of accolades in the process. It’s pleasing, then, that the distillers haven’t lost their taste for risk.

By my count, the Buffalo Trace Experimental Collection consists of at least 17 different expressions. In their attempt to try something new with the “formula”—a change of mash bill or barrel, or perhaps a manipulation of the wood—Buffalo Trace has decided to release a selection of these expressions to the consumer in a limited number of 375 mL bottlings. The 1997 Double Barreled expression, reviewed here, was re-barreled three years into its maturation, and aged again for nearly nine more years, making it 11 years and 10 months old in total. Its companion release, the 1993 Double Barreled, was likewise re-barreled, but at six and three-quarter years of age.

A swirl of the glass yields a viscous coating and thick legs that descend into a pool of deep caramel. It’s absolutely lovely to study this dram. The nose initially comes off with dusty oak, but then notes of rye, caraway, and freshly ground pepper push forward. Beneath this are sweeter notes of vanilla and chocolate cookies, a quick jolt of mustard seed and, eventually, apple cake.

The palate starts off aggressively. There is rich caramel—though not as rich as the color would suggest—as well as rye, pepper, and cinnamon spice. The dusty quality on the nose is present here, too, but there are also red licorice undertones. It’s a nice dram, in the end: pushy up front, but subtle and understated at the back end.

The price tag is a little steep, at around $50 per 375 mL bottle, and it’s a bit unsettling that what was ostensibly an experiment for the distillery (and therefore a sunk cost) has been passed on to the consumer at about the same price point as an Antique Collection bottling (e.g., George T. Stagg, Sazerac 18 year-old). Then again, Experimental Collection bottlings are hard to come by, and someone—myself included—is buying them. The newest expressions (the 1995 French Oak Barrel Aged and the 1995 American Oak Chips Seasoned) will be released shortly, and might well prove to be worth the price tag. Keep an eye out for them.

Interesting and informative review! (And a good-looking bottle by the way). Buffalo Trace are also of course responsible for the great Eagle Rare, amongst the many classics that you've already mentioned. Those guys seem to be very much on top their game, so lets hope the experimenting leads to the creation of another classic!

Thanks, @AboutChoice. I found the bottle quite accidentally, actually. I was shopping at a store in the US and got to talking with one of the whiskey specialists there about some other whiskies. He went into the stock room and, when he returned, he produced the bottle I reviewed (though I hadn't even known of its existence at the time). I guess he liked the cut of my jib.