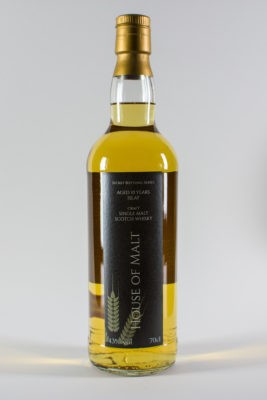 This sample was one of three from the House of Malt Secret Bottling Series. I was lucky enough to take part in a Twitter Tasting involving all three bottlings.

Peat and wood smoke to start, giving way to saltiness at first followed by sweet vanilla.

Peat and smoke - a very ashy feel to it. Pretty quickly though you get definite butterscotch and even fruit notes - I would say orange with a touch of orange peel citrus.

Nutty smoke, salt and sweet mixed then again a touch of orange citrus.

I'm a big Islay fan and love a good smoky/peaty dram and this was no exception. Initially it made me think of Laphroaig only without the well known iodine - which is interesteing as some of the other people taking part in the Twitter Tasting for this got a lot of medicinal notes from it. However upon tasting it made me think more of Kilchoman... what's actually in here will remain a trade secret of the House of Malt staff however!