Average score from 2 reviews and 2 ratings 90 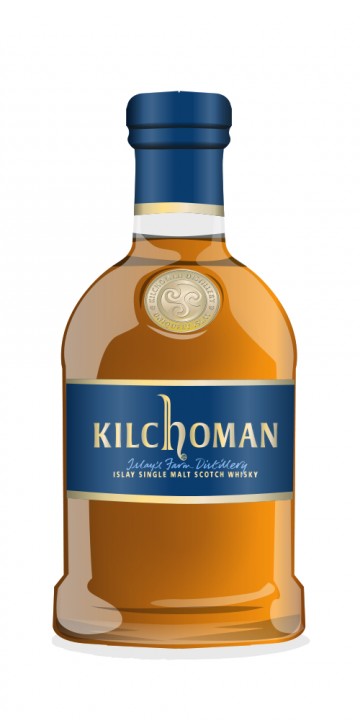 It's been a really long day. Nothing that would kill me, mind you. Just that the sometimes the rigors of daily life can eventually catch up with you. And that's when you need the escape. That one happy place you can go to and pretend nothing around you really matters.

And for me that place is Islay.

Especially now given how fresh my memories are of that wonderful place. The clean air, the calming green and simply the thought of being surrounded by so many amazing whiskies.

On our second day on the island I convinced the others to head on down to Kilchoman for, not just their whiskies, but their sinfully delicious Machir Bay soaked chocolate brownie. If there is one thing you must do before you die is try that dessert in the distillery cafe. It is just absolutely divine.

After stuffing my face with a tasty roast beef sandwich and the famed brownie I sat down with something else that was equally divine and also made at Kilchoman. The seven year old 2008 Vintage.

This is the first time Kilchoman have released a whisky this old for the general public. Though, I'm not counting the one-off 10 year old released a few months ago for a cancer charity auction in support of, then distillery manager, John MacLellan. He sadly lost his battle against the same disease three months ago. RIP good man.

The Limited Edition 2008 Vintage is a vatting of fresh ex American bourbon barrels filled in July 2008 and bottled in August 2015. Seems like older Kilchomans are just as tasty as their younger siblings.

My sample is from an open bottle and served at 46%

That signature Kilchoman toasted barley. And the equally familiar smoke. Then there's that typical Islay grist. Cereal-y with a soft layer of peat. A hint of green lime. Melon. Touch of oak. Green berries. Another classic Kilchoman nose. Still seems quite young and sprightly even though it's a good 18 months or so older than the oldest Kilchoman on the market.

I love this distillery. Love everything about it. And so I'm probably a little biased. But then again I'm a sucker for good old-fashioned bourbon barrels done right. Clean crisp flavours where I can taste the distillery. And this one ticks all those boxes for me.

At 7 Years Old I believe this is the longest aged Kilchoman to date. I've tried most of their younger, earlier releases just out of interest to see how it develops. My only regret is not getting a sample of the New Make Spirit when I had the chance many years ago.

Nose is zesty, lemony, salty and sharp. Minerals and soft peat seep through with further citrus notes of oranges. After time some sherbet and vanilla appears.

Palate is of singed oranges, salty peat and becomes sweeter the longer it stays in the glass. Lemon and with a hint of mint, (this is not nearly as prominent as it was in the younger releases). Slight hint of creamy vanilla after time.

I've been impressed by how much complexity Kilchoman get into their young whiskies and this is no exception. If this is how good a 7 YO is, I cannot wait for an 18YO release sometime around 2025!