Average score from 4 reviews and 4 ratings 93 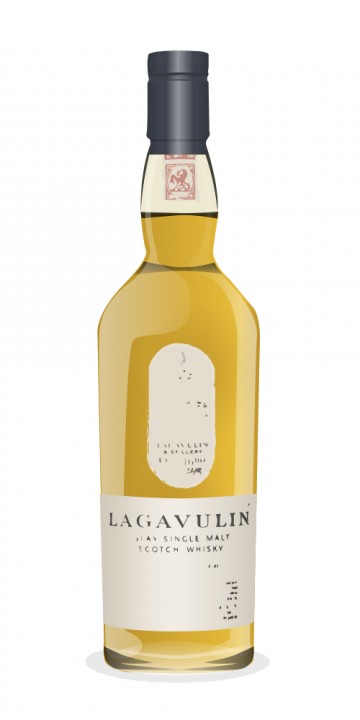 For my 100th review on this site, I thought I’d opt for something special. While I don’t like to toss around the term ‘favorite,’ I consider this to be among the cream of the crop when it comes to single malts. It ranks so highly on my “Holy-sh!t-that’s-good”-o-meter that it took me a few drams before I even WANTED to start sipping it analytically. Now that I have, here are my notes for the 2011 release. It’s been open for two months, is half full, and was sampled with a small amount of water.

Well, there’s no getting around it; this is brilliant. As I mentioned in my review of the 16, the Laga house style is defined by a delicate balance of restraint and force. So it comes as no surprise that this whisky is characterized by complexity, control, and intensity. It won’t disappoint those who want to experience the elegance and balance of the 16 with the raw force of a peated cask-strength whisky. This comes greatly recommended. It’s beautifully balanced, wonderfully rich, and a truly delicious whisky through and through.

@Volks @teebone673: thanks for the kind words. Definitely one of the better ones to be found out there.

@Victor: I've read your review of the 2010, and I'm glad to see you think highly of it. There's a lot of noise out there about which years are better/worse, but they all seem to score pretty well anyway. I haven't tried any other releases, but I'll definitely want this one again regardless of which year it is.

Hunggar, your reviews have been making me more jealous lately. Well done. This bottle is a terrific chance to dig in. I really like reviews when a smart reviewer especially appreciates a bottle. Very fun to see, and I don't doubt your ability to gauge this very special Lag

The Lagavulin 12 is a champion of many and a mystery to a few, although through the reviews related to the 2012 edition one feels that it is characterful of the hard times actual to the world outside your window. The last Lagavulin 12s have not been up to the standard, so i decided to give some very recent past nostalgia (if you can even call it that, as it is from 2011). This is known to being the last great year of the 12 year old.

Palate: Bonfire and Harbor peat with a complex barley sweetness. The peat is very crisp, but yet mellow, calm, collected and very sophisticated. Candy floss, lemon drops and sweet lemon juice, vanilla pods. The vegetal grassy note comes back from the nose alongside some mushrooms!

The peat comes back for a glorified encore. Grassy, bonfire and seaside/seashore peat. The lemon/vanilla combo comes back to balance out some vegetal bitter tones from the oak and the peat.

A Gentle Giant of a dram this, if the giant is of the more cultivated or educated type! Am going to enjoy every last drop of this if things do not improve soon for Lagavulin, or even if they do. Great Peat Legend. Monster would be too vulgar for this..

I experienced this one quite the same, but I didnt have any problem with the 2012 version. Yeah it seemed a little more timid at first, but (in my opinion) it just needed some water and after 5-10 minutes it opened up wonderfully :)

Glad to hear, the bad things are only things i've read or heard, so no direct experience of the blemishes of the past years lagavulins. I am not the biggest Laga-fan but it is an icon of a malt, and a very tasty one, so i do wish the distillery the best.

Back in the midst of time Lagavulin and Laphroaig had a rather more lively rivalry than they do today. In fact, there was even a still within Lagavulin (AKA Malt-mill) attempting to replicate the Laphroaig spirit! Now though Lagavulin is well appreciated for its own character.

These distilleries are sort of old money in the world of Islay with the emergence and resurgence of others, especially Ardeg, Kilchoman along with Bruichladdich and all of its derivations. This should not be forgotten, Islays distinctive aristocrat, 12 years old and at cask strength.

If you can be bothered reading an extended metaphor, please continue, if not, fair enough and thanks for getting this far.

Lagavulin is to Laphroaig as Audi is to Lamborghini. The Laga's is very peaty, its phenolic but its not outrageous or ridiculous, its controlled, measured, well engineered. This is not to say its boring or anything, as you can see i very much like it. It's complex and beautifully constructed whisky, but everything is on a leash, everything is efficient. I like that sort of thing.

I think I'll have to try Laga 12 again - always thought of it as the more 'honest' sibling of the 16 in that it's cask strength with less faffing.

I've heard the history of Malt-Mill, (closed 1962 I think). Now I wonder how much a bottle of Single Malt Malt-Mill would be worth if one was ever uncovered?

@conorrob Cheers! From what ive read the 2010 release is a little sweeter than the 2011 so good luck!

@masterj yeh this is a good'n hopefully my private preserve can maintain it in this condition!

@Nemesis101 i would recommend it! havent had the 16 since last year maybe? Thoroughly enjoyable but the 12 is a bit beefier. I think your bang on with Malt Mill, a tantalizing question indeed!

Taste: More sweet and smoke dance routines here, however perhaps from the tango on the nose we moved a more slower-paced waltz. Apple shisha smoke wafts through as we sip on a coffee frappucino, still enjoying the vanilla sponge cake found on the nose. Following the frappucino we move on to a more traditional lapsang souchong tea, to accompany the blood oranges, and ginger meringue. Course sea-salt and beach pebble add a savoury mineral underscore to this most endearing of waltzes.

Finish: The more chemical and mineral underscore becomes very much the leading melody in this final dance. Menthol vanilla, luxury soap, chocolate covered salt-lick, coffee beans and lapsang souchong tea-leaves. This more sober and savoury finish means that there is no cloying or over-indulgence in the richness of flavour, and thus leaves us ready to go straight back in for another sip. And at cask strength this is a dangerously seductive routine.

Balance: Truly stunning whisky, so confident in its charismatic elegance. There is so much depth and breadth of flavour, yet so well married together and contained. It hardly even feels like its trying. Total ballroom finesse.

I have a bottle of this coming over on the plane from Singapore tonight. I should probably wait until I have tasted it before commenting, but I am almost wetting myself in anticipation.