Average score from 2 reviews and 29 ratings 92 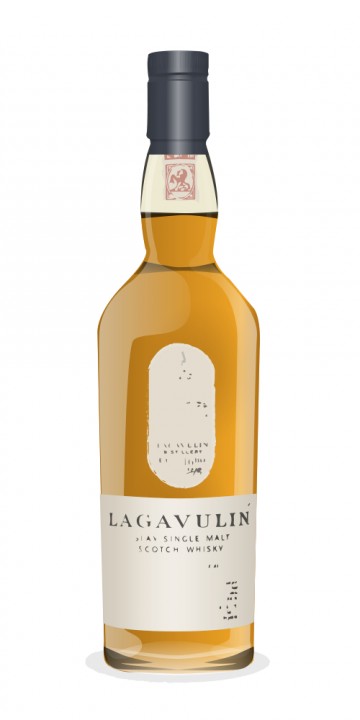 I bought this Lagvulin Distillers edition 1993 on the airport in Dublin. Real nice whisky. Taste is much like the standard 16 years old. I think the 16 year old has more balance but this one is just a little bit better.

Hi @SvenFonteyn, funny that we should review (and like) this whisky on the same day, especially given the fact that my sample came from your bottle - which I gratefully accepted from you several months ago. Next time you come round, I have a couple of peated things I'd like you to try :-)

That whiskey that turned me into a peat lover. I really enjoyed that bottle, in fact, I finished it off in record time !

Diageo has released some special expressions from its popular Classic Malts of Scotland line up, under the banner ‘Distiller’s Edition’. They are praised by many whiskybuffs, which is reason enough for me to give them a go. After the 1981 DE (which I thoroughly enjoyed!), let’s try the 1993 edition, bottled in 2009.

It is a little less dark than the 1981 version, but not much. The nose, however, is vastly different. The sherry from the Pedro Ximenez cask is hardly discernable. While sweet sherry is present, it’s easily overpowered by the rather tradition Lagavulin traits: smoke, sea salt, leather, iondine and peat. Besides that, I do get some sultanas, nuts and coffee. Nice.

This one is rather waxy on the palate and again devoid of bite, because only mildly spiced. But it is a whole lot more peated than then 1981 version. You really have to search for the sherry, though. It confirms what I already suspected from the nose: this one looks a lot more like the standard 16 Year Old (which is an excellent malt in its own right, of course!). Mighty salty.

The finish is wonderful, warm and long.

This 1993 Distiller’s Edition is much closer to the standard expressions of Lagavulin, but still a touch better than the regular 16 Year Old in my book. The second maturation (or finish) on PX sherry casks doesn’t really show, it seems. But no two ways about it, this is a great Lagavulin (although I prefer the 1981).