Average score from 1 reviews and 1 ratings 87 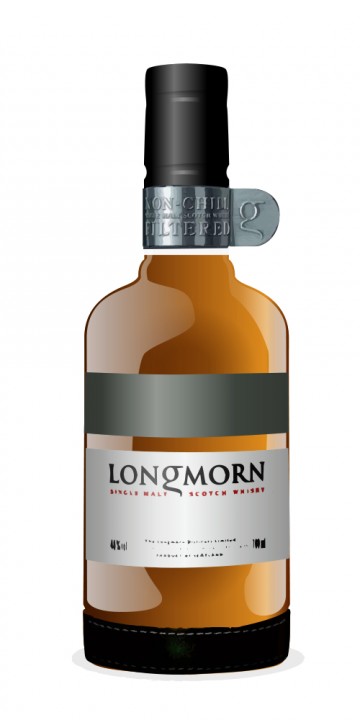 This Longmorn was also bottled by Gordon & Macphail – albeit at 40% instead of 43%, as was the 30 Year Old – and taken from refill sherry casks. Both bottled look very much the same and the spirit is from 1971. I expected them to be very similar. The color is near identical.

On the nose, this is quite different from the three years younger brother. It’s less vegetal (no trace of broth on this one) and offers a great mix of dark (both dried and fresh) fruits like prunes, dades and blueberries. Then there is also a great dose of milk chocolate and Latte Macchiato. Sprinkled with ginger. Very soft.

The attack is surprisingly (almost disappointingly) soft (surely due to the low ABV), but very fruity. A perfect continuation of the nose, with coffee and dried fruit. New is the addition of a fresh orange licqueur (Contreau, anyone?) and a touch of smoke. It makes you all warm and fuzzy inside, if you see what I mean. Not overly complex, but soooo good.

The finish is medium long on blueberry and cinnamon.

Both G&M bottles are in the same league, but surprisingly (maybe not) different. I prefer the nose on this one, but the palate of the younger whisky. My only point of criticism would be the low strength on both. They would be out of this world if only they had a little more punch.