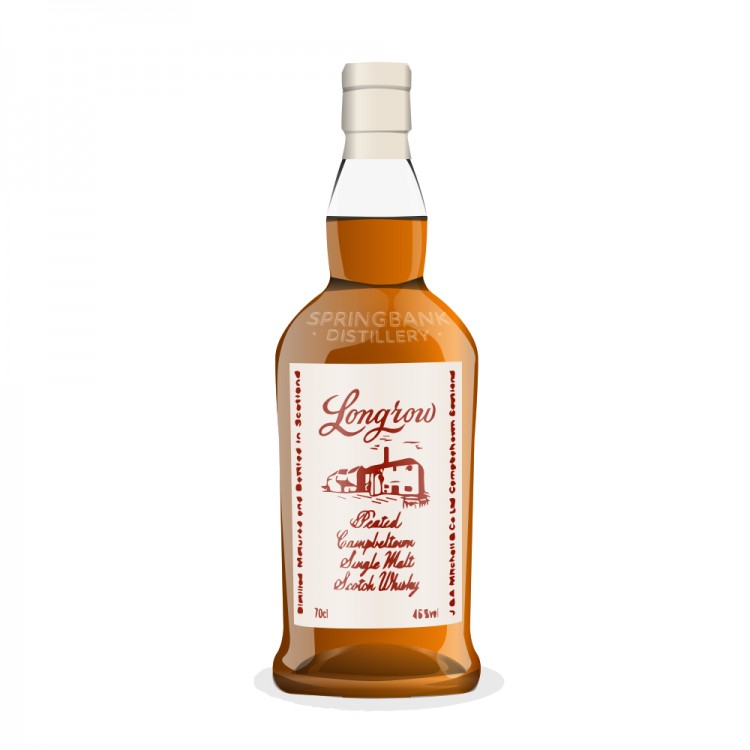 As you may know, there are three brands distilled at Springbank: Hazelburn, Springbank and Longrow. Longrow is the peatier version - in fact, all of the barley that goes into Longrow is peat dried (and strictly double distilled, unlike its two stablemates). The brand was an experiment first distilled in 1973 (but not brought to market), named after a long-defunct distillery that had once stood next door. It finally came out in 1985, and became a regular release in 1992.

I had trouble finding any info on this - it seems this expression came and went fairly quickly, which is surprising as I believe it was bottled in 2012. My sample came from a bottle that someone brought to a tasting quite some time ago. It is 11 years old, with four of those years being double matured in new world cabernet sauvignon casks (hence the name). Interesting...

The colour is a slightly reddish deep amber. On the nose, very briny and peaty, with buttered toast, black cherries (and a touch of black olives?) and bandages. More restrained than most Longrows. Certainly has a winey influence to it. Quite herbal, with sage and oregano. Very complex, meaty and vegetal. Water seems to just dilute the nose and nothing more, which is surprising given the high ABV.

On the palate, quite a bit of heat but I get those red fruit berry gummies - which is not great - creating an artificial fruitiness. Very spicy, with paprika and cayenne. Not as peaty as you might think, but it is there. It is as if the Longrow character is being pushed aside to make room for that sweet candied berry quality - which is interesting but not quite to my taste. Water does do a little bit more here - it ups the brine and peat, which is nice.

The finish is fairly shortish, I think - winey but with that sweet artificial berry quality that doesn't quite work. I find this a very quixotic malt - the qualities of the spirt clash with the qualities of the cab-sauv cask. Very interesting - but it doesn't quite work. The lack of information I could find on this malt speaks to it's failure in the marketplace, I suppose.

END_OF_DOCUMENT_TOKEN_TO_BE_REPLACED 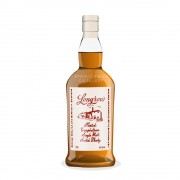 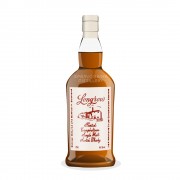 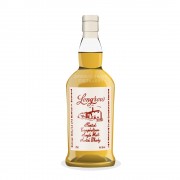 END_OF_DOCUMENT_TOKEN_TO_BE_REPLACED

As always, a great review! I added this one to my cabinet a short time ago and I'm glad I did. I don't think I would ever purchase a second bottle, but it definitely works more for me than it seems to for you. It is, as you say very complex, and for me the sweet candied berry is quite nice in this one. I haven't had much experience with Longrow so I don't have much else to compare it with in that range, but if other expressions are as complex and interesting as this one I would certainly be up for exploring their whiskies further ; )

Glad you are enjoying it! I've had the Longrow CV, the 14yo and the new standard called just "Longrow", which is excellent for a basic, introductory NAS expression. Those three are all terrific - I just love this distiller! - but the Red is easily the sweetest. So if you enjoy the sweeter elements of it, I'm not sure if you would like the others, which are more peppery, briny and peaty. Seek them out if you can!

I can't say I'm too excited after reading this review. I'm sitting on a bottle of Longrow Red in my stash and I'm really hoping it's not totally lacking in the "peppery, briny, and peaty" characteristics. That's the good stuff. I bought it last year after reading some very positive--but also far from unanimous--reviews. If it's too sweet, I suppose it'll at least fill the role of sweeter whisky that I usually like to make annual space for at Christmastime.

I have the CV in my stash too. I suspect and kinda fear that I'll much prefer the $50 CV to the $85 Red. But they're both off the market now so the replacement cost is pretty irrelevant, I suppose.

Final point: When I bought the Red, I paid cash with my secret stash of whisky money from the innards of my wallet. The store manager ringing me up said "Secret whisky money, huh? I used to do that to--in my first marriage." Awesome.