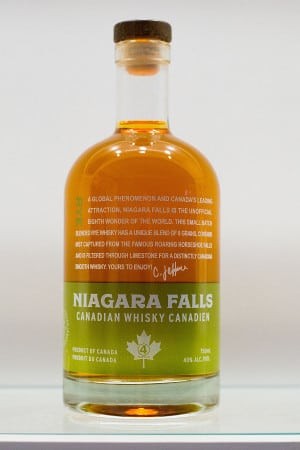 A bit of confusion: both the LCBO website and the producer's website state the following: "New 4 year old Canadian Rye Whisky. Distilled from 100 percent Rye. Double distilled for added smoothness and enhanced flavour." You can imagine my reaction when I received my bottle and the label says it's an 8-grain blend. It's even the same bottle pictured on the website. Apparently they are not sure what they're selling...?

Anyway, considering the price I decided to keep the bottle. I'm a sucker for new things, I guess. It is light and grainy on the nose. Quite a lot of alcohol. And vanilla. Smooth on the tongue but not too light. Actually has a bit of body to it. Distinctly vanilla-driven, but not in an overly sweet or artificial sense. A bit of prickly spice picks up near the end. Still quite spirity, but not bad. Definitely shows some promise. Easy-drinking and fairly enjoyable if you can get past the taste of alcohol. It might seem a bit weird to complain of alcohol taste when drinking whisky, but consider that the barrel-proof bourbon I tasted next had less alcohol flavour. This just needs more time to mature. The whisky tastes clean anyway. Not something I would strongly recommend but I've had worse recently (Barnburner).

I would like to know: why the 8 grains? Purely for the novelty, or was there some specific goal? Or did they just use what was readily available?