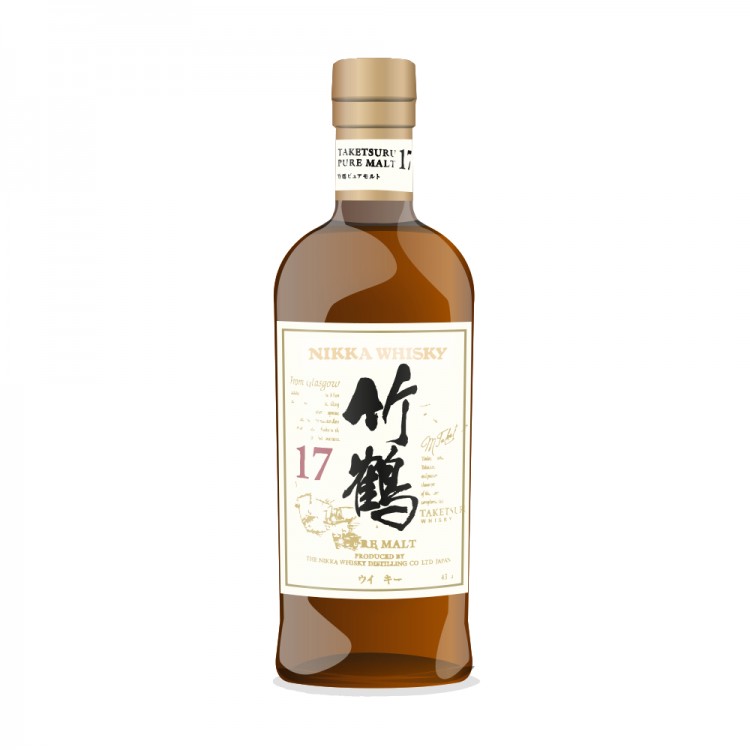 Taketsuru San is a legend. He worked in Scotland during the early part of the 20th century at Longmorn and then at Hazelburn all the while carefully plotting a plan that would take the whisky world by storm.

He went back to Japan armed with whisky making knowledge and a Scottish wife (of no relevance to this review by the way) and began work at Kotobukiya (which would later become Suntory). Then in 1934 he decided to open up his own distillery and chose Yoichi on the northern Japanese island of Hokkaid?. He believed that this part of the country most resembled Scotland.

This distillery would be named Nikka.

This pure 2013 pure malt is a homage to the great man who is responsible for some of my finest moments in whisky drinking. This blend also has the distinction of winning the 2014 World Whiskies Award for Best Blend. Not that I give a toss about whisky awards.

Nose: The sherry influence is is obvious. Dark honey and marmalade fig jam on slightly burnt toast. There is a touch of fresh mint and almonds too. It gets fruitier over time with pears and red berries. All this against a backdrop of decadent oaky chocolate cake.

This is quite a bold whisky and unashamed of it's flavors. I'd love to see a cask strength version of this.

Nikka, are you reading this?

END_OF_DOCUMENT_TOKEN_TO_BE_REPLACED 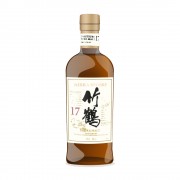 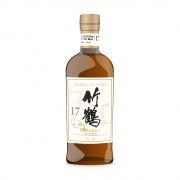 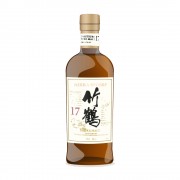 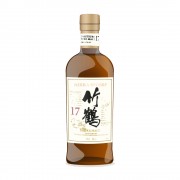 Nikka Taketsuru 17 Year Old A blend to be recommended

END_OF_DOCUMENT_TOKEN_TO_BE_REPLACED

Freaking yum. This is on my most wanted list. Need to get some now before the price goes up a la Yamazaki 18. I am super impressed with several Japanese malts. I wish more were available in the US.

Yes! This whisky drinks pretty big for its abv, but a CS version of this would be EPIC! Strange, I've seen reviews here that have the abv at 40% and yours is at 46%. The only ones I've ever had are at 43%. Regional differences?

Every taste the 21? How does the 17 compare? Where I am, it's only about a $20 difference between the two

@hunggar thanks for pointing that out. Careless typo on my part. It's 43%. And, yes, a CS version would be great wouldn't it?

Interesting that you were so taken with it. Taketsuru has never managed to capture my imagination, perhaps with the exception of the NAS sherry-wood finish that was released in Japan in 2013. Admittedly I have not tried the 25yo nor the 35yo - might they be even better? I'll put up a review of the 21yo tonight, which I liked better than the 17yo.

Great review. Certainly this makes one for my top wish list item for my next trip to the Land of the Rising Sun.